The only thing you need to remember this November is that the U.S. presidential race is a battle between two mega forces: Catholicism and communism. Catholicism built Western civilization. Communism's goal is to tear it down on the way to creating a religion-free world ruled by a small cadre of elites.

That's it — all you need to know. Everything else is detail. That's not to say the details aren't important — they are. The details are, in fact, how we got here. So for those interested in going beyond the summary, here we go.

It begins with the Queen of Heaven's dire warning that Russia, on the eve of the Bolshevik Revolution, would spread her errors throughout the world. So important was this warning that it was accompanied by the most spectacularly visible miracle short of the Resurrection — the sun dancing in the sky, witnessed by 70,000 people who thought the world was coming to an end.

Before the collapse of the Soviet Union, the communists had been successful in planting time bombs throughout the West, in both cultural institutions as well as the Church. It matters little that they wouldn't be around to watch them explode. Their effect is just as devastating as if the Soviet Union were still intact. And besides, their heirs are getting a front-row seat to the spectacle.

This election is like a proxy war between the authentic Church and worldwide communism, although it takes a discerning eye to see that looking at Donald Trump and Joe Biden. And there are some pretty strange twists at play; for example, Donald Trump, the non-Catholic, is a better standard-bearer (although certainly not perfect) for Catholicism than Joe Biden.

Commie Joe is the dream candidate for commie Catholic clerics.

And that, at first, seems off because Biden is the baptized Catholic. But if you peel back that thin layer of superficial faith and political-speech slogans, you'll actually see a communist. Biden is a communist posing as a Catholic. In that regard, he's not unlike many Catholic politicians of his generation.

Nancy Pelosi, for example, is as "fake Catholic" as they come. And for the record, did you catch her politically motivated canonization of Congressman John Lewis? Whatever you can say about Lewis' civil rights record, what you can't say is that he upheld the dignity of all black lives — just the ones most expedient for his career.

Yet there was his corpse in its coffin on Capitol Hill with kiss-up, phony-Catholic Pelosi and fellow traveler "Commie Joe" lauding Lewis, making religious platitudes about his greatness. Lewis was in the U.S. House for 33 years, and during those decades, Lewis voted in favor of abortion 52 times, never once in support of life.

In those same 33 years, approximately 30 million children were hacked to death in their mothers' wombs and sucked out through a vacuum cleaner with an attachment that has little razor blades on the tip. Given the high rate of abortions on black babies, approaching 30%, that means Lewis was complicit in the murder of nearly 9 million black babies.

Yet there were Joe and Nancy, offering incense over his rotting corpse — asserting his salvation was assured. But see, abortion is key to the commie agenda. Anything that destroys the family is sanctioned and promoted by them, and what could possibly be more destructive of the family than not allowing the next generation to emerge from the womb, alive that is, as opposed to in pieces?

But hey, Black Lives Matter, right Joe? Commie Joe is the dream candidate for commie Catholic clerics. He talks a good game about being Catholic. He hits all the right notes in the Church of Nice hymnal. He takes all the non-essential Church teachings and flips them on to the top of the heap, treating them like irreproachable dogma.

Immigration policy and the weather (which is all so-called climate change is) are not infallible teachings of the Church. But abortion, contraception, homosexual acts (to name a few) actually are. They also happen to be necessary in the communist plan for global domination, stylishly referred to as simply "globalism."

That term is about as close to the truth as communists will ever come. Yet, in the face of all this truth, the Catholic vote is still considered a toss-up — especially in important battleground states. Catholics have been so dumbed down by gay and communist bishops and clergy for the past 50+ years, they look at Joe and see a Catholic instead of the communist he is.

He wants to outlaw conventional automobiles, destroy the fossil fuel industry, make millions of otherwise regular, working Americans completely dependent on the federal government. The man is a straight-up commie, which is why he and Bernie are now thick as thieves (literal thieves, by the way).

Catholics have been so dumbed down by gay and communist bishops and clergy for the past 50+ years, they look at Joe and see a Catholic instead of the communist he is.

The elites who created Joe know all this: They just don't want you to know about it. And that's because they are all commies as well. In fairness, Joe (unlike Theodore McCarrick) probably didn't start off his career as a commie.

But he sure evolved into one when it was convenient. And the reason he and his bishop buddies (who allow him to present himself as St. Joseph) are so easily able to fool so many Catholics is because Catholics don't know their Faith. Likewise, they know next to nothing about the false church set up right in their midst by communism-loving bishops.

They don't know the true Faith, so they can't recognize the fake faith. The only hope of tipping the scales back — at least enough — is for committed Catholics to learn about all of this (the actual Faith as well as what has happened) and explain it to any Catholic who will give them an ear.

At Church Militant, we have been pounding this drum for more than a decade and have dedicated literally tens of thousands of man-hours to producing programming that explains all of this — the actual Faith and the plan to destroy it.

There are too many programs to list, but suffice it to say there are hundreds, with thousands of hours of material available for your viewing. It's why we are constantly urging you to become a premium member, like we are now.

We couldn't imagine a more pressing, urgent need for all Catholics to sign up and find out what they do not know. Everything we do here, every last ounce of our efforts, is geared toward educating you on the Faith and how traitors have attacked it. Too many of these men in miters have lied to you, ordained wicked men to pastor over you, allowed evil to grow unchecked in your families and parishes.

Those who did not actively pursue this agenda have sat back passively and sinned by omission, allowing it to happen. And now their Catholic Frankenstein is one election away from the White House. We urge you to become as involved as you possibly can in reaching out to fellow Catholics and explaining this to them.

But first, you need to know it — as much as you possibly can. That's what you get for your $10 a month, an unmatched volume of information and catechesis — the truth and how it was betrayed. Your $10 also goes towards keeping us going in bringing free programming to people, free programming like The Vortex, for example.

We have produced almost 3,000 episodes of The Vortex over the years, and every single one has been completely free. And while it's free to everyone to watch, it's not free to produce. Your Premium offering goes to this effort as well.

This is true for our daily headlines and the multiple articles we produce each day. As the old saying goes, "Information is king."

The commie traitors in the Church — clergy and politicians — have known this for decades, which is why they embarked on such a massive misinformation campaign all those years ago. Please join us in our effort to do whatever we can to make a difference in this war.

In the end, it all boils down to souls. And even a single soul has infinite value to Almighty God.

Please click on the link and become a Premium subscriber today, and then watch the shows, learn and get there and do everything you can do to roll back the misinformation and lies that Commie Joe and his Judas bishop and clergy buddies have propagated. Heaven doesn't need us to do this, to accomplish this, but Heaven wants us to.

Heaven desires we be involved in the work of salvation. That requires knowing the truth and sharing it with others. Thank you in advance. 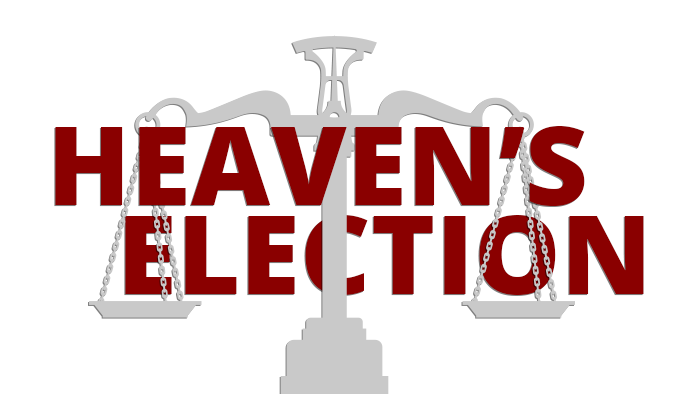