Church Militant has been reporting for years now that the archdiocese of Detroit is corrupt, and the top leadership lie, deceive and misrepresent the truth any time they need to. Well, here is another example — but this time, we have the video proof.

Near the end of last year, the pastor of a local parish was suddenly yanked from his post at Our Lady of Good Counsel Parish in the archdiocese. The official reason given was that it was determined by the archbishop, Allen Vigneron, that he was under too much stress (a charge that the priest flat-out denies, by the way).

The truth of the matter is this: Fr. Michael Suhy, the pastor who was removed from his post at Our Lady of Good Counsel, became aware that the director of music for the archdiocese of Detroit is gay, living with his gay partner and allegedly sexually harassing young men, propositioning them for sex, telling them his gay partner is cool with it.

In the gay world, that's known as an "open relationship." Of course, Vigneron and his gay-friendly chancery couldn't allow that Fr. Suhy, a priest in a position of authority as a pastor, knew that dirty little secret.

So Vigneron sent his hit-man Msgr. Michael Bugarin to go and tell Fr. Suhy he was under stress and needed to step down. Suhy denied he was under any stress but Bugarin of course wasn't there for that reason. It was all a pretext. The visit was to remove him because of what he knew.

The director of music for the archdiocese of Detroit is gay, living with his gay partner and allegedly sexually harassing young men.

The following weekend, Vigneron dispatched auxiliary bishop Gerard Battersby to make the lie about stress public. He spoke at each Mass and lied to the parishioners. When confronted by some people after Mass who knew the truth about the music director, he immediately ended the conversation and walked away.

The archdiocese called in the music director, Joe Balistreri, to cover itself in case of legal action. Sources say Balistreri denied the charge he was sexually harassing a young man, but did fess up that he was gay and lived with another gay man.

So here's the deal. Joe Balistreri is the organist at the cathedral every Sunday where Vigneron offers Mass. Vigneron knows Balistreri. He's not only his organist — he's also the archdiocesan director of music. Sexual harassment by a top archdiocesan employee is reported to the archbishop and Fr. Suhy. The archdiocese does an "investigation" only to have the employee deny it. However, what gets unearthed in the process is that the employee is gay and living with a partner.

However, from a Catholic perspective, his openness about his orientation (at a minimum) certainly creates the sin of scandal. Loads of people know that he's gay and that he lives with another gay man, and he's quite free with the information, as we have shown you.

There's not even a hint of him trying to avoid the sin of scandal because, frankly, he's not. He blurted out his whole life to a perfect stranger, even underscoring how his neighbors know and adding that the homeowner association president is gay as well, and everyone gets along very well with each other.

Likewise, Church Militant has been in touch with an eyewitness who says Balistreri attends gay events, like in October 2018 at the Kiesling Bar in downtown Detroit, which had been rented out specifically for an openly gay event. The archdiocese, however, knows all this — and that includes Vigneron, who, once again, is involved in a horrible case attacking one of his own priests because the priest knows something about the sinister gay underworld of his chancery.

Balistreri is only one angle of this story. The other is that not only does Vigneron cover for his openly homosexual archdiocesan music director, but he also sends out his chancery goons to lie about it to parishioners and then remove the priest because he knows the truth and must be demonized (also based on a lie).

And, of course, there is the very interesting twist to all this, based on past history. And it touches on both goons.

When Battersby was on the seminary faculty, he created quite the stir when he called a house meeting and instructed seminarians not to walk to the showers in towels (as opposed to bathrobes) because they were an occasion of sin for gay seminarians. He, of course, went on an internal public relations email campaign trying to discredit our information, but the fact remains: We had from multiple sources that it happened.

In his email campaign, Battersby even said incorrectly that he knew who the informant was. He was wrong. And what the powers should know at the chancery is that there are many moles who keep their mouths shut but are quite freely sending Church Militant information — including their financial conniving. Stay tuned for more on that.

Now, as a bishop, Battersby goes to a parish and lies to the parishioners while also smearing a good priest who simply knew too much. The other goon, Msgr. Bugarin — his involvement in any of this is really weird.

His duties are to handle the sex abuse cases against clergy (or in the notorious case of Fr. Eduard Perrone, to simply fabricate charges he knows do not have a word of truth to them; yet he is still celebrated by well-known Catholics like Teresa Tomeo, who know all about his evil but feel compelled to defend him so they don't lose access to Catholic money).

There are zero allegations of sex abuse against clergy or anyone else in this case. So why is "Bugs" (as he is disparagingly known in the chancery) involved in this case? Simple answer: He is Vigneron's hitman — his clean-up man who travels around handling all the dirty cases.

In this instance, it's not a priest he has to clean up after or lie about, but a high-ranking diocesan official, a trusted employee of Vigneron that the archbishop wants protected. Once again, this time with video proof, Church Militant continues to show you the dark underside of the hierarchy.

Vigneron is the second in command at the national bishop's conference, in line to become president in 2022. And here he is, punishing a priest who knows the truth of what amounts to at least a cover-up, if not a case of out-and-out sexual harassment of a young vulnerable male by a trusted Vigneron official.

Balistreri attends gay events, like in October 2018 at the Kiesling Bar in downtown Detroit, which had been rented out specifically for an openly gay event.

So since we appear to be in the era of impeachments and censures, why doesn't the leadership of the bishops at the very least censure Vigneron?

From a Church perspective, he is at least aiding and abetting scandal. He is being unjust in his treatment of one of his priests. He dispatched his auxiliary bishop out to a parish to deliberately deceive thousands of parishioners over a given weekend.

So we ask, "Seriously? Does this not deserve some public statement from the bishops of whom is the second in command at the conference?" Imagine if this had happened to a member of the board at General Motors. The dude would be gone before you could say #MeToo.

But not so in the Church, where skullduggery, quiet agendas and gay alliances rule the day. Of course, as usual, the bishops and their suck-ups will say, "Oh that's just Church Militant. Those scandalmongers. They suck. Don't listen to them. Their tone — you know."

Except, this time your excellencies, there's video proof. One day, one day you brood of vipers are going to have to answer to Almighty God for the evil you practice and for the lives you wreck and the souls you destroy. One day.

We can promise you, on that day, Church Militant will be your absolute last concern. 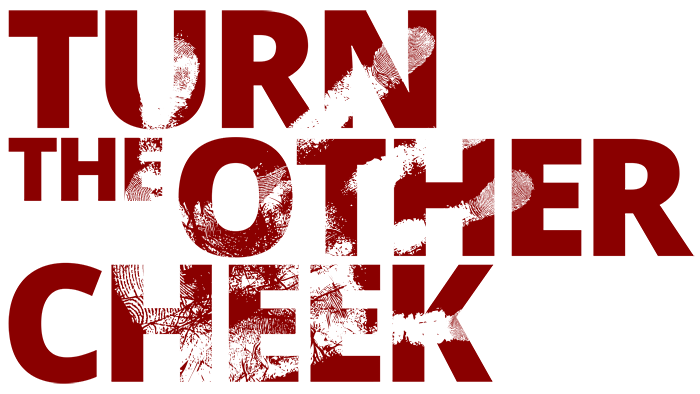 Turn the Other Cheek
Not exactly.