It's been on this track for the past century-plus.

A stolen election, an unelected leader, a cultural collapse, a declining population, a falling away from faith, a growing embrace of socialism (even if there is a small dip in its approval, this is America and that even 30% would accept it speaks volumes), and a rejection and smearing of patriotism as evil: These are the hallmarks of today's America, and there is not one sign of hope among any of it.

Every one of those speaks to a destruction of Christian — and specifically Catholic — values. How did this happen? How did Marxism makes such inroads in such a short amount of time into the culture and essentially destroy it?

Marxism is a system of government that, at its core, replaces God with the State. For all its lies about equal citizenship and everyone being the same, that's all baloney. Marxism merely shifts the ruling dynamic from a God-centered worldview to an elitist-centered worldview.

Someone has to be in charge. That's how humanity works. It's actually how the entire universe works. There are governing principles and governing institutions, all of which ensure order. The goal of Marxism is to shift all of that (not destroy it) into the hands of a powerful few.

The idea took solid political form with Marx and Engels in the mid-19th century, and here we are, a little more than a century later with their ideology having conquered and overthrown Western civilization.

The Sexual Revolution was the weapon of the Marxist to overthrow Catholic culture.

So how did they do this so fast, so thoroughly, so completely? One simple word: sex. The Sexual Revolution was the weapon of the Marxist to overthrow Catholic culture. Sex became decoupled from procreation and reoriented to nothing but pleasure.

Once that premise was accepted, the culture's death warrant was already signed, sealed and, in our time right now, it's being delivered. The sexual revolution created a nation that rejects the moral law and embraces a do-your-own-thing mentality. That resulted in the breakdown of the family and shifted reliance onto the State.

Divorce and remarriage, fatherless homes; an explosion in unwed mothers; soaring poverty rates; the killing of 60 million+ through abortion; violent crime; pornography; a loss of masculinity; radical, nauseating feminism, you name it: Every societal metric pointing to a collapse could be checked off.

And now we are approaching the end of the road with a declining birthrate. Back in 1910, President Theodore Roosevelt gave a speech at the Sorbonne in Paris. He could have been an Old Testament prophet in his prediction:

In short, he was alluding to contraception. When Roosevelt gave that speech, the forces of the birth control movement, under the banner of eugenics, were marshaling in the United States and Great Britain.

In fact, just 20 years later, the Anglicans would accept birth control as permissible and not sinful — the first time in 2,000 years any so-called follower of Christ would proclaim it acceptable. He continued:

The first essential in any civilization is that the man and woman shall be father and mother of healthy children, so that the race shall increase and not decrease. If the failure (to procreate) is due to the deliberate and willful fault, then it is not merely a misfortune; it is one of those crimes of ease and self-indulgence, of shrinking from pain and effort and risk, which, in the long run, nature punishes more heavily than any other.

Now, stop and think about this, Catholics. When is the last time you ever heard a bishop talk like that?

The first command God gave to humanity was to procreate.

Theodore Roosevelt, imbued with Catholic "sense" (even though he himself was not Catholic), declared the truth of natural moral law, which the Church is committed by divine charter to uphold and declare. And, for Protestants, you have rejected your own spiritual patrimony — for it was by your rejection of divine law that the evil found a way to slither into the culture and set it on its course for final destruction. And that is from a fellow Protestant, not Church Militant.

The first command God gave to humanity was to procreate, and, with that command, He gave us a power even the angels do not possess — to cooperate with Him in the act of creation. The envious Satan hates that aspect of human nature, almost as much as he hates we can receive the body and blood of the Savior, which unites us spiritually and materially to the divine: again, a power the angels — superior in nature to us — do not possess.

Protestant pride and Catholic collapse in the face of the Marxist-inspired Sexual Revolution is how the nation fell apart. The Marxists understand that Christianity had to be destroyed to take over the culture. They got it — that this was always a battle of Christ vs. communism.

Unfortunately, too few Christians did. As a result, we are now faced with a vast spiritual defeat, not permanent for Christ always wins in the end; but, nonetheless, we have the specter now of a great martyrdom, partially as witness and partially as punishment. 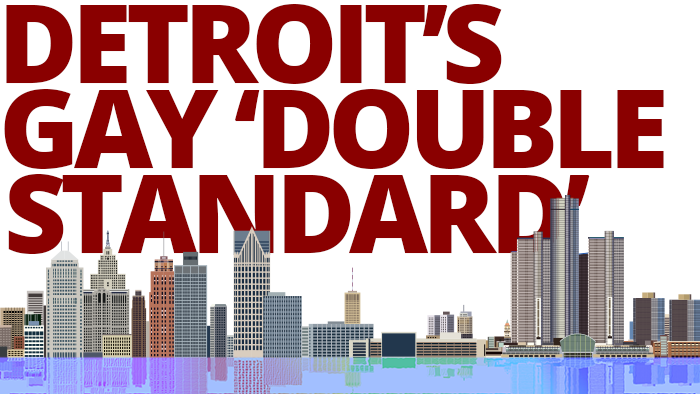