“Christian America” and the Benedict Option

Rod Dreher's new book, The Benedict Option, is burning up the sales records on the internet among various Christians. On a recent TV interview, Dreher explained that the main thesis of his book is that Christians have to accept that we are now in a post-Christian age, and we have to live as committed, even radical, Christians in order to recapture the Christian culture that has been lost.

Dreher converted from being a Methodist to a Catholic in 1993 and then, when the homosexual priest child sex abuse scandal erupted, he converted to Eastern Orthodoxy because "the sexual abuse of minors is facilitated by a secret, powerful network of gay priests."

On that score he's dead on, and it's still going on. And those clergy who die in their sins will face the wrath of Almighty God, and it will be justly deserved. But to the larger point of this Vortex episode, Dreher is missing a gigantic point; in fact, it is so big that it renders his solution to living as a Christian in a post-Christian world completely null and void. It is a classic case of perfect diagnosis and wrong cure.

America is post-Christian precisely because the understanding of "Christian," in its original and authentic sense, has been completely stripped bare of its meaning. In a theological sense, "Christian" refers to anyone baptized, and that's about it. In every other sense, the word has no real meaning because practical Christianity has been utterly neutered owing to the heresy of Protestantism.

And so it goes. Every single moral, theological, scriptural, liturgical, worship, ethical, devotional, authority question is always up for grabs in Protestantism, and no agreement is possible. This is what has destroyed Christian culture, meaning Catholic culture: Protestantism! Period. It is a heresy.

And since this nation from its earliest beginnings tied itself to a heretical system of beliefs and then tied the political course of the country to this fake Christianity, it can hardly be shocking to anyone that as the heresy dissolved — as all heresies do — that the nation tied to it would also break apart and descend into neo-paganism.

Look, there are only two choices: Catholicism or atheism, nothing more. For anyone to try and pretend that there is something salvific in a system of heresy is beyond stupid. What truth that does exist in Protestantism is Catholic truth. All the rest is heresy and ignorance and distortion and pride. Until American Protestants reject their heresies — for that is what they are —and convert to the One True Faith, America will continue to degrade into a more barbarous pagan nation.

Protestantism set the philosophical stage for Freemasonry, which set the political stage for the fake "freedoms" of liberty, equality and fraternity — purely humanistic views of man ever spinning more and more away from God.

The Benedict option refers to St. Benedict of Nursia of the sixth century, who retreated from the decadence of the Roman pagan world and went to the forest of Subiaco south of Rome. Eventually other men joined him and the movement grew into the monastery system for which St. Benedict is recognized as the Father of Western Monasticism.

In the monasteries was preserved the culture. Given the case of what "Christians" must do now — faced with the same decadence or even worse — Dreher queries, "What must the Church do in order to live and witness faithfully as a minority in a culture in which we were once the majority?"

His answer is the Benedict option — but here is the problem. When Benedict retreated into the woods at Subiaco, the term "the Church," which Dreher uses, referred to the one Holy Catholic Apostolic Church, not the broader heresy encompassing term that the generic, blasé word "Christianity" has been allowed to morph into.

Any attempt of generic Christians banding together to batten down the hatches against cultural paganism is guaranteed to fail because generic Christianity, meaning heretical Protestantism, is the parent of the neo-paganism now engulfing the world. Taking the disease into the bunker will kill everyone in the bunker. That would be like Noah taking the wicked who were to be drowned on board the ark — sheer stupidity. Protestantism fails completely because it denies a final, authoritative authority outside itself, and that only resides in the Catholic Church established on Blessed Peter. Period.

So when the Benedict option communities, in imitation of the original Benedict option communities, eventually get into it over questions of sexual ethics and abortion and scriptural interpretation and divorce and remarriage and so on, how will that be any different than what's already going on right now? No! There is only one answer as there has always ever been only one answer: the Holy Roman Catholic Church in all Her terrible glory and beauty and agony, as She longs for the return of her Groom on the clouds of Heaven.

In the meantime, for authentic Christians (meaning faithful Catholics), the Benedict option has already been developing. Church Militant itself is a reflection of that, as are some other groups. The Benedict option worked for us once before in our 2,000-year sacred history, 1,000 years before the world was beset with the heresy of Protestantism. It could work again, but there can be no compromise on who gets inside the walls, just as St. Benedict refused entrance to the pagans.

Anyone of good will willing to embrace the Bride of Christ is welcome. Heretics stay out and be consumed by the world you birthed into existence 500 years ago. 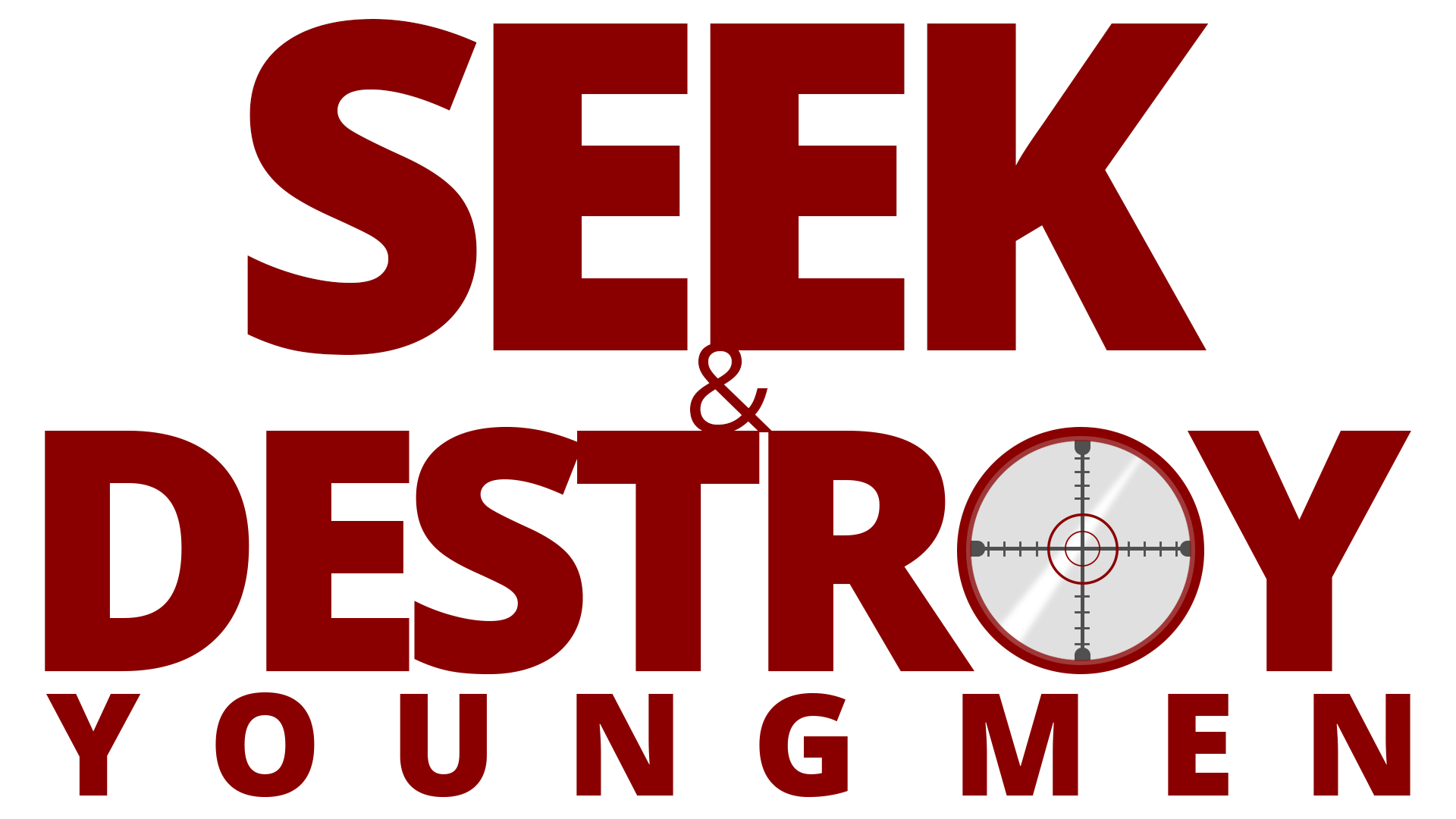 Seek and Destroy Young Men
Evil has been recruiting young men for a long time.