I'm Michael Voris, coming to you from the U.S. Supreme Court, where it has now become clear that, after decades of being pretty darn quiet, Clarence Thomas has assumed the mantle of clarity, charity and precision.

Thomas is the heart and soul of this court now, despite the squishy John Roberts being chief justice. Thomas is the moral gravity to be dealt with here at SCOTUS.

For the moment, this new reality has been somewhat lost on the Marxist crazies, as it has not fully dawned on them yet what the dynamic now is among the justices. For the moment, most of the venom has been spewed at Trump's picks of Amy, Brett and Neil.

Thomas is the moral gravity to be dealt with here at SCOTUS.

It's yet another example of "Trump Derangement Syndrome" — not being able to see things clearly because of their blind rage against Trump and all things MAGA. Practically all of the talk, understandably, has been about Dobbs and the overturning of Roe v. Wade.

That Dobbs decision was formulated masterfully by Samuel Alito (another justice to largely escape the venom, again, because he was not appointed by Trump). All that said — and to underscore the importance of Thomas' presence — in a separate concurring opinion, Thomas went for the jugular of the sexual revolution, saying that he agreed that nothing in Friday's ruling "should be understood to cast doubt on precedents that do not concern abortion ... in future cases, we should reconsider all of this Court's substantive due process precedents, including Griswold, Lawrence, and Obergefell."

Unpacking that gigantic statement and explicitly citing the three rulings that advanced the sexual revolution begun in the 1960s, Thomas lays it out:

All of these so-called rights under the Constitution were granted by what Thomas and many others have said is a very faulty reading of the 14th Amendment, which states the denial of life or liberty by the state must follow after due process. Due process means what it says: The state is obligated to go through a process before it can deny someone basic rights.

The Marxists that co-opted the institutions took that amendment and twisted it beyond recognition and then applied it to every single aspect of the sexual revolution, opening the floodgates to widespread contraception, fornication, homosexuality and child murder.

This is why you always heard the cry from the Left that abortion is a fundamental constitutional right. It never was. It was just twisted to be presented that way. But since "due process" became the standard for everything else to be allowed, Thomas went on to say, "Because any substantive due process decision is 'demonstrably erroneous' ... we have a duty to 'correct the error' established in those precedents."

That is what is making the Left go nuts. The Marxists — at least those who have stopped howling long enough to read it —understand, rightly so, that their sacred sexual perversions are now under the microscope of being viewed as constitutional rights. When something is declared a constitutional right, any state laws to the contrary are immediately negated, as we saw for 50 years with Roe v. Wade.

Since the reasoning for Roe had been "due process" in the 14th Amendment and because that is the same reasoning for all these other evils, it seems very clear that those cases should also now be up for consideration, as Thomas says.

It's important to remember the very valuable point that what Thomas is arguing is that homosexuality, contraception, abortion and fornication are simply not constitutional rights. They aren't guaranteed and enshrined in the Constitution. It doesn't mean individual states are prohibited from enacting them into law, just as states can currently enshrine child-killing into law; it just means they can't claim it's protected by the Constitution as a fundamental right.

Resorting to an expression of high praise that younger folks employ, Thomas is an animal. He is an absolute animal. He has been waiting in the wings to launch this offensive — rightly reasoned — for quite some time.

Also worth noting, Thomas recognizes that the entire structure of immorality that has destroyed America is all tightly knit together: contraception, fornication, abortion and homosexuality. They are all parts of a piece. They all fall or rise together.

These past 50 years have been a small warm-up act compared to what's coming.

Until the pro-life movement comes to understand this as well and gets behind it, victories like Dobbs will be more difficult to implement across the nation. There is much fighting that has yet to be done — much more fighting than what got us to this point.

We are grateful for Friday's overturning of Roe v. Wade, but these past 50 years have been a small warm-up act compared to what's coming. This battle is not against laws per se, although part of the battle will necessarily be fought in the legal and political arena. The battle —the war — is against the sexual revolution of the 1960s and its major philosophical errors.

For faithful Catholics, understand that you will receive no help from the hierarchy on any of this. Go into this battle knowing that and with your eyes wide open. The U.S. hierarchy either has no stomach for this decades-long fight or they actually support the enemy against you.

But fear not. You are on the side of Almighty God because truth always wins. 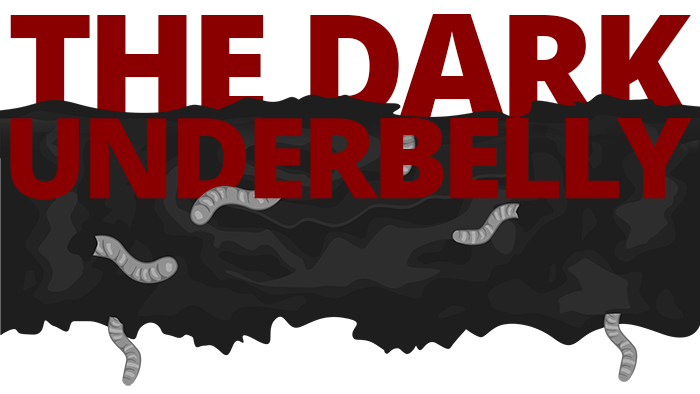 The Dark Underbelly
Now everyone sees it for all its ugliness.