‘Classical’ Never Goes Out of Style

There is a reason things stand the test of time.

May 2, 2017  0
Podcast Available for Premium Subscribers

The sounds of happy kids at recess on Catholic school playgrounds is becoming less frequent, almost to the point of non-existent. Over the past 50 years, from 1965 to 2015, the number of Catholic elementary schools has plummeted from almost 11,000 to little more than 5,000, and the number of students attending the elementary schools has dropped by a million — down to just 2.5 million across the entire nation.

The trend is undeniable. Diocese after diocese is being forced to close parishes and parish schools, owing to falling numbers of practicing Catholics. And the other unrecorded fact nationally is that back in the day, almost all the students in Catholic schools were Catholic. Today, not so much.

There are huge numbers of students sitting in Catholic schools who are not Catholic and never become Catholic. The entire reason for the existence of Catholic schools is to transmit the Faith. That hasn't happened broadly in many decades.

But here at St. Therese Carmelite school in Alhambra, these stunning facts are being reversed. Father Philip Sullivan is the pastor and recognizes the need to teach kids the Faith when they are young. The return to a classical education caused some controversy and opposition at first, as did a return to teaching the authentic faith.

But the tide has turned and the parish and parents have accepted the new approach and warmly embraced it, as have the students. This is one of the main themes that is evident here, that priests and Catholic educators don't need to be afraid of returning to the ideals of classical education and boldly teaching the One True Faith. The point is to graduate little saints — nothing less. To that point, the older students are assigned a kindergartner to be their buddy and help them out so the older kids can learn responsibility and charity.

Father Philip cautions any priests who want to go down this path. You will of course experience opposition at first, but that passes, and the Holy Spirit provides. The Catholic education system is in shambles. Fewer students, fewer of them Catholic and fewer schools to send them to. The entire system needs reform. It's taken 50 years for this crisis to unfold, and it needs to be fought against. 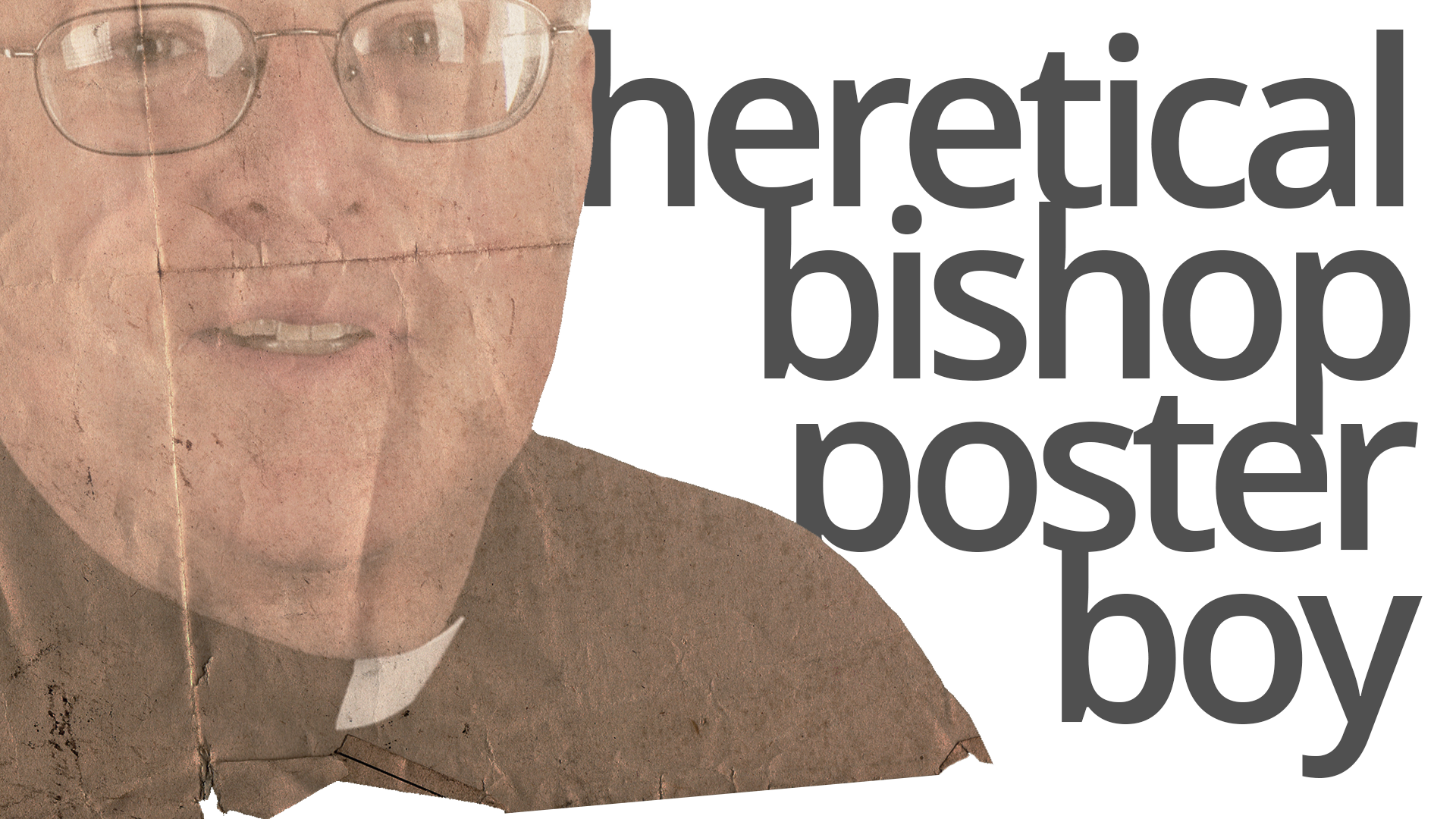 Heretical Bishop Poster Boy
How is all this not heresy?