Come Out With the Truth

The truth must be told.

Today is the day when thousands of U.S. Catholics will assemble here in Baltimore right across a small channel from the hotel where the U.S. bishops are gathering — about 50 yards away.

In addition to the explosive news yesterday that Pope Francis had essentially blown up the whole reason for this meeting and ordered the assembled bishops not to vote on any reforms about the clerical sex abuse crisis, the story that dare not be spoken out loud is the issue of homosexuality among the clergy as well as the bishops.

A small number of groups are saying that victims of sexual abuse are being exploited by traditional Catholics by honing in on the issue of homosexuality.

But it's hard for that accusation to gain any traction with honest-minded people because the overriding truth is more than 80 percent of the victims of sexual abuse have been teenage boys. That was true back in 2002, and its true again as recently as the Pennsylvania grand jury report.

In addition to younger victims, hundreds of former seminarians have come forward since the news of McCarrick broke back in June and made public their stories of sexual assault and harassment by homosexual faculty and staff in the nation's seminaries.

The news that Joseph Bernardin and Theodore McCarrick had — as far back as the 1980s — set up a pipeline for gay seminarians from South America to bring them to the Chicago and Newark archdioceses threw further fuel onto the fire.

And what a number of voices in the faithful Catholic media have been reporting for some time is now being recognized by many more Catholics all over the Church: The clergy has a homosexual problem, and the U.S. bishops seem powerless to do anything about it.

This is why the actions of the Pope yesterday have made things even more difficult for what few reform-minded bishops there are willing to publicly address the homosexual clergy issue. The signal from Rome is clear: shut up about the gay priests and bishops. But the laity are not shutting up about it.

They are wanting the bishops who have the label of "good" to step forward and defy the Establishment to defy the conference here and say it like it is — to come out with the truth.

Privately, we are told that a number of U.S. bishops understand that this is the problem in the Church right now.

Cardinal Burke has said so, Cdl. Brandmüller has said it, going as far as to quote Doctor of the Church St. Peter Damian calling it "sodomitic filth." Multiple priests across the United States have begun talking about it openly in their homilies, some of them being blasted by their bishops for doing so.

And in addition to ordering the bishops to drop the subject and excoriating faithful laity to shut up about it and calling them gossips, the Vatican, building on its phony youth synod last month, is now beginning to quietly circulate an unofficial list of approved Catholic media.

That job has been given to gay cheerleader Fr. Thomas Rosica, who, recently appearing at a Boston event for the Equestrian Order of the Knights of the Holy Sepulchre, handed out a list of "approved" Catholic media.

Here it is, and to absolutely no one's surprise, his renegade heretical outfit Salt and Light was the second one on the list. But so too was Jesuit rag America magazine, the Vatican-condemned National Catholic Reporter and the United Kingdom's liberal The Tablet.

This is following the paragraph in the synod document calling for a certification from the Vatican for various Catholic media. It's clear from such actions that the homosexual current in the Vatican has now found it necessary to strike back at faithful laity calling out their evil.

What U.S. Catholics want to know and see evidence of is this: Will the bishops considered "good" pull a Viganò or a St. John Fisher and call out this evil, this conspiracy of politics and silence?

There will never be a bigger stage or more opportune moment to do so. The Church is in absolute shambles and chaos from doctrine to liturgy to education — no area has escaped the destruction of the modernist heresy, which is intimately bound up with the homoheresy, different fruit of the same tree.

Word is that the concern of some of these good bishops is that they fear if they speak up, they will eventually be sacked and their dioceses would be turned over to less faithful bishops. Even if that is true — and it is a definite possibility — the laity want the truth to be told. They want to see boldness and the full truth, total transparency on the part of bishops.

The silence of the "good" men is allowing the more wicked among them to run wild. Cupich, for example, is out and out lying, completely contradicting the findings of the reports that it is absolutely a homosexual problem. In doing so, he is carrying the water for Rome and everyone here knows it.

Later today, thousands of Catholics from all over the United States are expected to come here and pray for the bishops that the good ones find a voice and a spine, and the bad ones repent.

That we have even reached this point seems like a Catholic Twilight Zone. It's a rudderless ship right now here in the United States with no earthly captain. This has got to end, and it has to start with ending the silence. Say the truth — say it all, bishops.

Come out and admit what everyone already knows. There is no way to purify the Church if you keep silent. 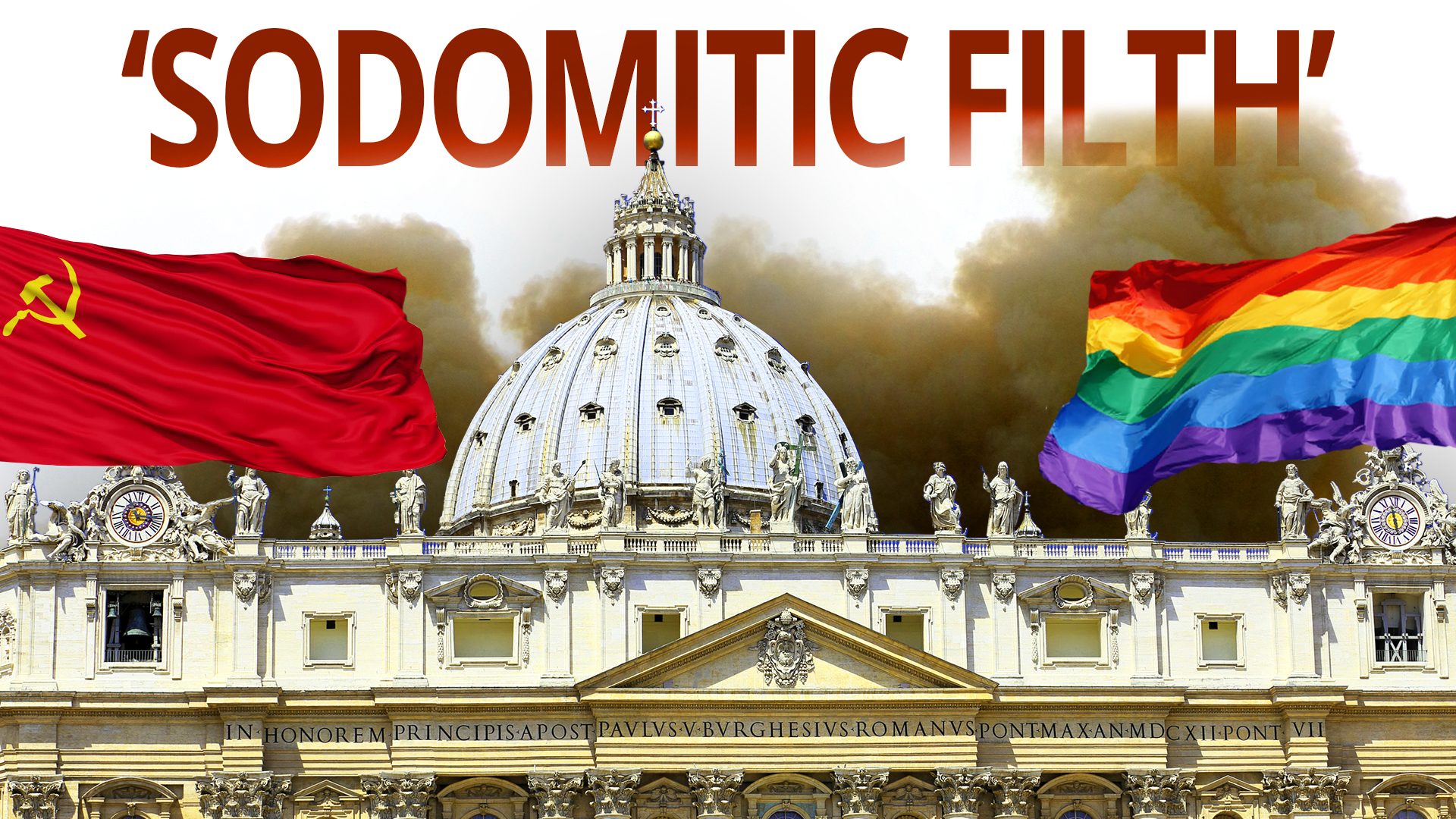 'Sodomitic Filth'
Time to clean it out.