There is a quote all over the Catholic internet attributed to Pope Benedict XVI that he never actually said, just like many quotes attributed to people, especially saints, that they never said.

Sometimes these quotes are a "mashing together" of various things they said over a period of time, and then authors and internet types take huge liberties and arrange separate thoughts, putting them together as though it was one continual utterance.

The specific quote attributed to Pope Benedict we are referencing is "The world offers you comfort, but you were not made for comfort. You were made for greatness."

While the gist of that is true, it's not what he said. It likely arose from a combination of things he said at various talks and what he wrote in his 2007 encyclical, Spe Salvi, which translates to "saved in hope."

What he wrote is "Man was created for greatness — for God Himself; he was created to be filled by God. But his heart is too small for the greatness to which it is destined. It must be stretched."

Anything outside of life with God and in God, sooner or later, is found wanting, insufficient.

What he spoke at various times were things like "Man is not created for comfort." So, yes, the upshot is that we are not made for ease, but for God. Good enough.

But there is something much deeper here, and it's something that has been glossed over for decades and downplayed by Church leaders: Man has zero capability of achieving greatness. God alone bestows greatness because greatness, properly understood, is life with God. Anything outside of life with God and in God, sooner or later, is found wanting, insufficient.

Yet, a veritable cornucopia of insufficient, temporary satisfactions is placed before us by the millions, comfort offered over greatness. The first step to life with God is a rejection of these false gods — and there are many of them.

So how does one aspire to greatness — not achieve it, just aspire to it? We never achieve greatness. God grants it.

Note, for example, the Tower of Babel account. It states specifically that they desire to be great; it's the motivation for their action. God wiped out those plans. But then He shuffled over to Ur and spoke to Abram saying, "I will make of you a great nation."

It is God alone Who bestows greatness; we just need to be worthy of receiving it and worthiness comes through our actions. "If you love Me, you will keep My commandments."

Love entails rejecting comfort when it becomes a block to becoming worthy. Ultimately, it demands sacrifice — and not just some sacrifice that is normal and usual in the day-to-day of human life. Even atheists make sacrifices, sometimes repeatedly. But the sacrifice must entail the view — the intention — to be made for greatness with God.

Sacrifice on its own is meaningless. In fact, sacrifice is woven into the fabric of daily life even for the most selfish person. A selfish person works and "sacrifices" some of his wealth for a house, food, car and so forth. Ultimately, all sacrifice is just an exchange of one thing for another, a thing you hold valuable for something you consider more valuable.

But unless the object of the exchange is God, it will ultimately disappoint. Food perishes; houses need constant repair and upkeep; cars break down. No earthly comfort ever suffices. Sex, money, power and drugs are all oriented toward self and have no substance to bring about greatness.

The Christian life is the Cross, the sacrifice here for the reward later. It's so basic, you say. But if it's so basic, why do we never hear about it?

The Christian life is the Cross, the sacrifice here for the reward later.

The James Martins of the world, the U.S. bishops and the worldwide hierarchy are constructing a "Tower of Babel," looking to establish some kind of "great" civilization of controlling the climate, reimagining nations and so forth.

Like in the Old Testament, it will be brought to ruin. It's just too bad that so many leaders in the Church have cast their lot with those building the tower, as opposed to those being chosen by God for greatness. 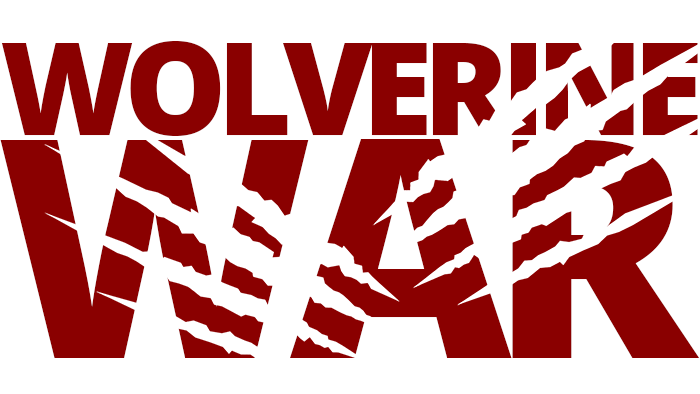 Wolverine War
It's already a bloodbath.