Coming to a Head

The feeling is undeniable.

If you have the sense that all things are coming to a head, then you aren't alone. Look at the world from 60,000 feet and it appears as though an intensity level has been reached that we have never seen before — across the board.

From the absolute spiritual insanity in the Church, to the volume of hatred expressed by the Left over the Kavanaugh controversy to the uncertainty and passion in the upcoming midterms, it's like a giant pressure cooker about to explode.

Something has to either give or somehow be brought to an end. This kind of intensity simply cannot be sustained or, perhaps more pointedly, simply dissipate.

It's simply too strong. It's like a giant cataclysmic event is in the offing, a course correction or redirection, that no one can quite find words for, but everyone senses. It's the end of the world? The end of Western civilization? The ushering in of a completely new era? Will that be good or be bad?

The anxiety of everyday people, people of faith who are much more in tune to these sort of things, has reached what seems to feel like never before attained levels. Something is about to happen, and that something — for good or for bad, at least in the short term — is about to burst onto the scene.

What we do know is that the world seems overdue. For decades, evil has made gigantic strides in the destruction of the human race, both literally in terms of numbers of lives, to, more importantly, morally.

Not only have over a billion humans been butchered in their mother's wombs, but no doubt hundreds of millions have been damned. The anxiety felt deeply in the bones of faithful is over the question of will evil mount to even greater heights and plunge the world into an era of barbarism and tyranny heretofore only imagined and prophesied or will this prove to be the moment when evil is turned back and the race granted a great grace of forbearance?

There's simply no way to know the answer right now. But what we can say is that all of this is currently playing out — especially in the Church. A great evil — the corruption of the clergy — has been dragged out into the light.

Wicked prelates and cardinals, some posing as orthodox, have had their way for decades, lurking in the shadows, plotting the overthrow of Holy Mother Church. They have collectively poisoned the minds and corrupted the souls of hundreds of millions of sheep who have, as a consequence, abandoned the one true faith.

The torment of these priests of Satan will rise as black smoke for eternity from the pits of Hell.

Other prelates — put to confusion by their own cowardice — will also suffer the pains of Hell for running from the sheep, abandoning them to the wolves among their fellow bishops and cardinals, for, we must be honest, this is not a case of wolves in sheep's clothing, but wolves in shepherd's clothing.

The spiritual earthquake now shaking the Church is the result of the diabolical attack let loose on the Church in these past decades - and the instability in the Church has sent shock waves throughout the world as a whole.

When the Church gets the sniffles, the world catches a cold. Well, my fellow Catholics, the Church has a much greater illness than the mere sniffles.

Just as when the world had been prepared by the mysterious workings and promptings of the Holy Spirit for the arrival of the Incarnate Messiah in what the Holy Spirit Himself described through the evangelists as "the fullness of time," so too whatever is about to break upon the world, the faithful are also being prepared for it by an extra awareness — the eyes and ears of faith.

There is no dismissing that humanity is drowning in sin at this very moment. The light of faith has grown very dim indeed, and hearts have grown enormously cold toward their creator.

It is the awareness of all this that gives the faithful pause as to what will come as a result of all this. Will it be a torrent of deserved punishment visited on the earth, or, in the mysterious design of Almighty God, an outpouring of grace to bring the world back from the brink for where sin abounds, grace abounds all the more?

We hope and pray — intensely — for the liberation and exaltation of Holy Mother Church, a moment of such clarity and glory that it would be confessed by the entire Earth that God had truly visited His people.

Because let's face it, the Church, and consequently the world, is in such horrid condition, so overrun by the machinations of the evil one, that nothing but divine intervention can correct it.

Who knows? We don't even know if it is a moment of grace we should anticipate — or a moment of justice.

What we know with absolute certainty is this: We must be in a state of grace, now. If you are not, get to confession. If you are, deepen your sanctity by asking for it, begging for it.

Things are coming to a head, we can feel it in our spiritual bones, and whatever happens, whichever way things fall, it will be, as it always is, but somehow now even more urgent, to be in a state of grace, so that you may be used by Heaven.

Those in a state of mortal sin are tools of the devil. In the divine providence, these can still be used by Almighty God to effect His holy will, but that will not preserve them from the fires of Hell — just as happened with Judas. Those in a state of grace are those who willingly and knowingly submit themselves to the divine providence to be the happy tools of salvation.

Whatever is about to happen, whatever is presently coming to a head, the charter is still the same. All that matters is the salvation of souls. 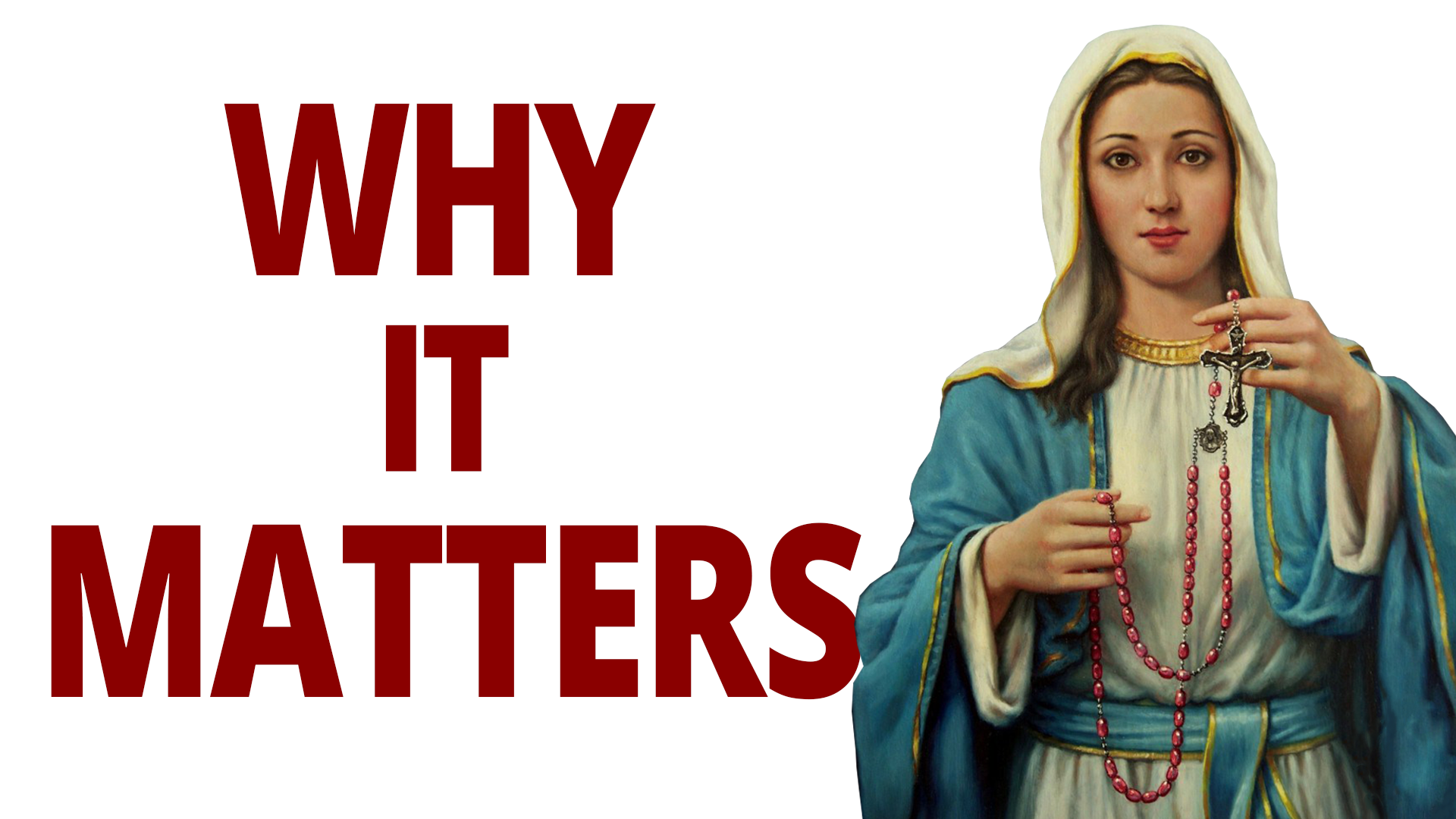 Why It Matters
And little else does.