Coming to You Live

Catholic media needs to respond to events immediately in a fast-moving world.

I'm Michael Voris coming to you with a live "Vortex" for the first time ever.

Too many in the Church today leave out any discussion of the devil and Hell. Not here at Church Militant. We understand all too clearly that we have an infernal enemy, and he is able to use world events to influence individuals and families and peoples and nations to commit great sins: to deny God, to pervert truth and choose the path to eternal damnation.

This is why Church Militant is committed to talking about news and events — because we Catholics live in a world where we must struggle against worldliness — and this doesn't happen in a mystical vacuum, but every day, within the context of events that shape cultural attitudes and morals and philosophies and ideologies.

Like last night's Al Smith charity dinner in New York hosted by Cdl. Dolan with Donald Trump and Hillary Clinton as the invited speakers. It was later confirmed by a member of Trump's finance committee, Anthony Scaramucci, that earlier this week Dolan had said Clinton owed a public apology for the anti-Catholic venom spewing from her campaign.

The world is turning into a place of great uncertainty and instability, and this isn't happening by chance. Events are moving at a rapid pace. There is the increased saber rattling going on between Russia and the United States, with the chatter about nuclear war concerning not a few people.

And then there is the presidential election here in the United States, with a steady stream of details now emerging that top Clinton staffers are talking about fomenting revolution in the Catholic Church. They talk about wanting to create a grassroots movement to overturn Catholic teaching, even sharing thoughts with each other about creating a kind "Occupy" movement within parishes or chanceries to oppose the Magisterium.

In the face of all this we see a complete meltdown of the establishment Church, an almost-total paralysis on the part of huge numbers of Church leaders who seem either unaware or indifferent to the crisis of the Faith. Events are indeed moving at a rapid pace, so fast they are hard to keep up with. For this reason, Catholic media, faithful Catholic media, must step up their efforts — our efforts — to report and respond to this quickening of events.

There is nothing more important on earth than the Catholic Church, yet it is being threatened on every side and even from within. For example, when Church Militant brought you news these past two years of the goings-on at the synod — we couldn't believe what we were actually reporting; it seemed completely surreal — that Catholic shepherds, many of them, were actively campaigning for sacrilegious Holy Communion and the blessing of homosexuality. Yet this is exactly what was going on — the subverting of Catholic teaching by the very men consecrated for protecting it.

What the Clinton campaign perhaps doesn't completely grasp yet is this: A revolution has already occurred in the Church. Huge numbers of Catholics already are completely faithless. It is, as St. John Paul said many years ago, "a global apostasy." Many Catholics are completely dazed, confused or even unaware of just how precarious affairs are in the world as well as the Church right now.

And make no mistake; the world and the Church are inseparably intertwined, and they will be until Our Blessed Lord returns on the Last Day. How intertwined are they? Take a look at what Joseph Cella, Catholic liaison for the Trump campaign, just said:

"At a time when Catholics and the issues of greatest concern to Catholics are under assault, the fact that Tim Kaine [Hillary’s VP] refuses to acknowledge such anti-Catholic bigotry, and dismisses it as mere 'opinions' that need no apology, fuels the concerns of Catholics that a time of great persecution lies ahead."

there are deep and growing deeper concerns that a great persecution is about to be unleashed on the Church, and that persecution is bound up with the election of Hillary Clinton and her intensely anti-Catholic team.

All of these things need breaking down and explaining and analyzing and presenting, necessary background dug up and context presented, and it needs to be done very quickly while it is all relevant. This is why Church Militant has been redirecting its resources to bring you more live immediate reports.

We spend a lot of time behind the scenes getting all this together for you — technical rehearsals, researching, finetuning, preparing, writing, checking facts, everything — so that when we go live, you have the most faithfully Catholic, expert analysis and context you can have at your fingertips as soon as humanly possible.

And we have a crack team that does this constantly every day, talking, fact-checking, investigating, talking to many sources helping us understand what's going on in great detail: the stories, for example, about a phony Catholicism being peddled from within the Church as social justice; the complete reluctance of hundreds of Catholic bishops to come out and loudly denounce the anti-Catholic bigotry of the Clinton Campaign; the way-too-close association of the American hierarchy with the Democratic Party.

As interesting as all this may be on some academic level, what is important, and what you will get from being with Church Militant, is the impact all this has on your eternal life. At the end of the day, all that matters is the salvation of souls — your own soul first, because that is the one you have complete control over, and then those of the ones you love and care about because you can be a tremendous influence on them.

The world is changing and so is Church Militant. There are enormous threats to the Faith, from both inside and outside the Church, and with your continued help in the form of prayers and assistance, we will be here as long as Our Blessed Lord desires, to help provide context and support with a 100-percent commitment to complete orthodoxy and the Magisterium of the Catholic Church.

Look for many more live presentations as we move forward into a more uncertain and spiritually dangerous world. 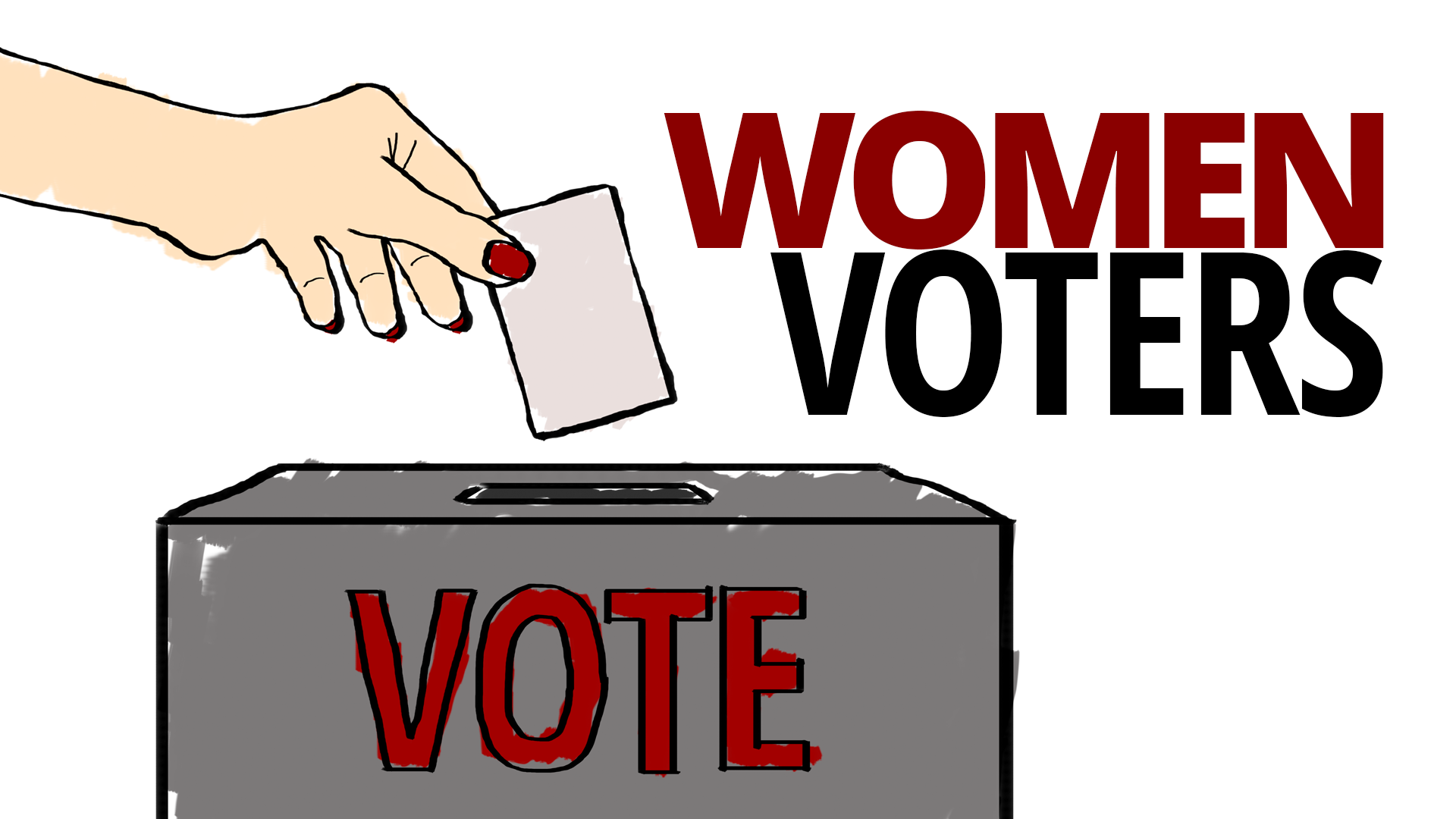 Women Voters
The cause of the death of America will be weak men.