Right to Life groups have been coopted.

Please consider a donation made specifically to Church Militant (a 501(c)4 corporation) to support our political advocacy initiatives. Donations to a 501(c)4 are not normally tax deductible, but the money can specifically be spent on advocacy and other restricted initiatives. Please consider making the additional sacrifice by donating to the 501(c)4 and not receiving a tax deduction to support this vital work.

It's certainly no headline that politics is corrupt. It's corrupt precisely because it involves power — and power is easy to abuse.

Fallen human nature inclines to amassing power and its abuse; the privileges that can come with it; the entire package, in fact, of authority, notoriety and so forth that can easily not only be abused but also invite jackals to come along and tempt one to abuse.

Within establishment Republican circles, such a thing had happened way too often with the pro-life movement. Various states have what's considered the official Right to Life organization, which endorses various candidates and policies and so forth.

Nothing wrong with that. However (because there's always a "however"), because the GOP was really the only game in town (forget the commie Democrats), state Right to Life organizations found themselves in bed with the state Republican Party.

Republicans had next to zero interest in anything moral.

Not in all cases but certainly in way too many, state Republicans had next to zero interest in anything moral. They had long ago made the determination that chasing after family values in any meaningful way was a political loser, so they never really did.

Want to know why we have child slaughter, sodomy as "marriage," trans-everything and monkeypox? Because GOP establishment types didn't and still don't care.

Like Blacks are waking up on the issue of civil rights and their automatic support for Democrats, rank-and-file pro-lifers have come to see the Republican leadership only cares about them every four years. After that, it's back to lining their pockets.

But for the truly committed pro-lifers, this creates a huge conundrum. You can't vote for a Democrat under any circumstances. They hate children, God, religion, America — you name it.

But the Republican alternative is usually a hand-picked establishment type who is indifferent to children, God, religion, America and so forth. Enter the state Right to Life organization. Over the years, since Roe, seeing the Republican Party as the only choice, these organizations have grown cozier and cozier with the GOP establishment, and, in the process, they have become compromised.

Sure, they mostly still care about abortion, but they have become so "in bed" with the GOP that they often endorse whom the party wants endorsed, not the actually most pro-life candidate.

In the eyes of the establishment, the most pro-life candidate is usually some dude from the great unwashed mass, a simpleton to be disregarded because he is too idealistic. Such a candidate threatens to upset the established order within not just the GOP but the ever-looming uni-party.

He'll talk a good game in his campaign stump speeches, but this candidate is compromised, as is the state Right to Life organization that endorsed him, because all control and power is in the hands of the country club crowd.

The establishment tells the state Right to Life group whom to endorse, and if it knows what's good for it, it does exactly what it is ordered to do.

The GOP doesn't want a culture war; it only pretends it does to get money. This was abundantly clear all the way back in 1992 following Bill Clinton's defeat of incumbent president George Bush.

Immediately after Clinton's victory, Haley Barbour, who became governor of Mississippi and chairman of the Republican National Committee, said that if Republicans wanted to win, they have to stop going on about family values and concentrate on economic issues — as if the two are unrelated somehow.

That was back in the early '90s. And for the record, Barbour was no lightweight in the party. He used millions from the Devos family of Michigan to set up a weekly television program in Washington, D.C., housed in state-of-the-art facilities paid for with a $2.5 million donation from the Amway Corporation. Amway is the cash cow for Michigan's Devos family.

Barbour was one of the driving forces for conservative talk radio, networking with the likes of Rush Limbaugh to fan the flames of the anti-Clinton messaging that helped propel Republicans to recapture the U.S. House for the first time in more than 40 years in Clinton's first midterm in 1994.

But notice the "network." At first blush, it may all appear to be a good thing — beating back the Democrats and Bill Clinton and all that. And on some levels, it is. That's the seductive part.

But it was the type of Republicans elected to Congress back in 1994 and most of the years following that is precisely the problem (and not just Congress, but also state legislatures all over the country). The heirs and political descendants of that first batch of RINOS are what the rank and file are now trying to dislodge.

Heck, just last week, dozens and dozens of these dudes approved a bill in the U.S. House to enshrine sodomy as the law of the land in terms of "marriage."

The same is likely to happen in the U.S. Senate in short order, and COVID-crazy Biden will sign it. Thank you, GOP RINOs. You are true to your founder, Haley Barbour. And in Michigan specifically, the beat goes on with the Devos family being the force behind the collapse of this state.

Here in the Wolverine State, a scene is playing out reminiscent of what is happening across the country: the civil war within the Republican Party — establishment against rank-and-file Trumpers.

The state primary is next week, Aug. 2, and taking its marching orders from the Devos family and its millions of dollars, Michigan Right to Life endorsed a RINO for governor (Tudor Dixon) over a true right-to-life candidate (Ryan Kelley).

Kelley is a believing Catholic committed to a moral rejuvenation of the state and sees the obvious connection between morality and politics. That, of course, means he has earned the opprobrium of the RINO class, and so they ordered Michigan Right to Life to just ignore him and his Catholic worldview.

Just like they did in the case of John Gibbs, another solid Catholic deeply committed to the pro-life cause. The completely compromised Michigan Right to Life is backing incumbent Peter Meijer, who voted to impeach Trump.

The state's Right to Life organization still holds a great deal of sway with conservative voters, and very few conservative candidates win without its endorsement.

A lack of endorsement by the state RTL is incorrectly viewed as the candidate is pro-abortion, not pro-life, so, in deceptive fashion, the group endorses whomever the Devos family tells it to and lets voters think those they don't endorse are in favor of child killing.

It's extremely dishonest because of the high level of deceit, but hey. Never let the truth get in the way of your place at the establishment feeding trough, right?

'They have to stop going on about family values and concentrate on economic issues.'

This kind of "inside baseball" stuff has become commonplace among Right to Life organizations across the country.

Instead of challenging the RINO establishment, they hop in bed with it in exchange for financial support. It's called prostitution. And it's revolting. In fact, the Devos family is backing at least 24 state candidates from governor on down, and everyone is a never-Trumper.

Unsurprisingly, Michigan Right to Life backs almost every one of them. State Right to Life groups have been coopted in the fight to seize control of the party back from Trump supporters. So to help in some way offset all that, Church Militant, through the agency of our 501(c)4, is officially endorsing Ryan Kelley for the Republican nominee for governor, Kristina Karamo for secretary of state and John Gibbs in his race against RINO Peter Meijer in the U.S. House race for the 3rd Congressional District.

These RINOs have to be dislodged, and it's got to start somewhere. The only difference between the commie Democrats and RINOs is the speed at which they are destroying the country, nothing else. 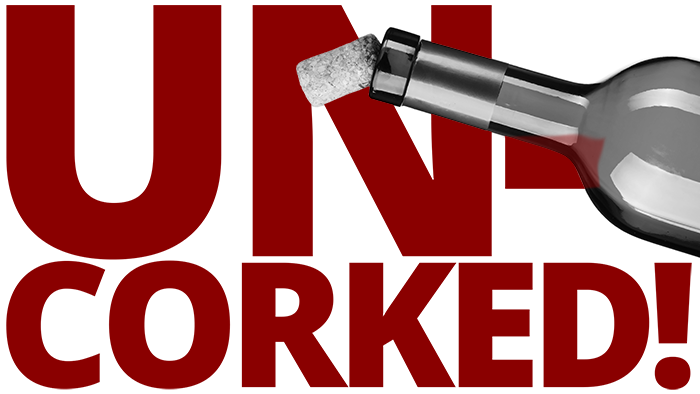 Uncorked!
The Vortex comes out swinging.