May 3, 2022  0
Podcast Available for Premium Subscribers

The rogues in Catholic leadership are really getting their knickers in a bunch these days, specifically over Church Militant.

Back in March, immediately after Pope Francis' consecration of Russia, a bunch of the rogues met at what was, in essence, a secret, invitation-only meeting in Chicago — home to sodomy-loving Cdl. Blase Cupich.

Among the attendees was Cupich (of course); vice-pope Cdl. Óscar Andrés Rodríguez Maradiaga of Tegucigalpa, Honduras; Newark's Joseph Tobin (of "nighty night, baby" fame — as well as having an Italian homosexual underwear model live in his rectory, pretending he was taking English classes at Seton Hall University); Cdl. Seán O'Malley of Boston; Abp. Mitchell Rozanski of St. Louis (named in a current lawsuit for gay sex-abuse cover-up); and even Christophe Pierre, the papal nuncio to the United States.

Church Militant already reported on them all being together in Holy Name Cathedral, pretending to care about the Faith, on the Friday of the consecration. And then, a short while later, Religion News Service actually published an article on the gathering.

National Catholic Reporter was ordered to drop the word 'Catholic' from its title, by its local bishop.

One of the organizers of the event was Michael Sean Winters of National Catholic Reporter infamy, who announced to the assembled rogues' gallery of the enemies of the Church (quoting the article now):

Even so, the conference singled out voices who, though popular among some conservative Catholics, have come to represent opposition to Francis in the United States. Winters argued there is "no value in having a dialogue with Michael Voris, for instance, referring to the head of Church Militant, a conservative Catholic media outlet long condemned by critics."

That's funny — the "let's dialogue until we vomit in our own mouths" crowd all of a sudden start denouncing dialogue. Translation: We don't want to talk with anyone who disagrees with us or anyone who knows how truly wicked and subversive we are and can expose us.

National Catholic Reporter, nicknamed "The Distorter" for its deliberate mangling of Church teaching, was ordered more than 50 years ago to drop the word "Catholic" from its title, by its local bishop. They flipped him off and went on subverting the Church.

Almost 10 years ago, then-bishop Robert Finn of Kansas City, where NCR is located, published this about the renegade outfit:

My predecessor bishops have taken different approaches to the challenge. Bishop Charles Helmsing, in October of 1968, issued a condemnation of the National Catholic Reporter and asked the publishers to remove the name "Catholic" from their title — to no avail. From my perspective, NCR's positions against authentic Church teaching and leadership have not changed trajectory in the intervening decades.

Notice that specific language — "NCR's positions against authentic Church teaching." Nothing has changed with these dirtbags in half a century, and nothing ever will. They are open enemies of Christ and His Holy Church, and the same goes for the members of the hierarchy who support them.

And yet, many people decry what the article called Church Militant's "incendiary rhetoric." For the record, it won't be anywhere near as incendiary as the fires of Hell, which they will all find themselves in if they don't repent. They, including these bishops, all oppose Church teaching. They say the Church is "wrong," that its teachings need to be reversed and sodomy and contraception (and a host of other sexual immoralities) need to be embraced by the Church.

I hope you don't, but if you insist, then go to Hell, all of you — posthaste before you inflict even more evil on unsuspecting sheep. These men do not accept, they deny, the Deposit of Faith; and yet, somehow, are treated as legitimate Catholics.

Would Planned Parenthood allow a group of "dialogue-minded pro-lifers" within their ranks, to portray themselves as pro-choice? Would the Democratic Party permit the existence of a pro-Trump contingent or an anti-Obama faction?

These men do not accept the Deposit of Faith; and yet, somehow, are treated as legitimate Catholics.

They would be decried and ejected immediately — if it were even ever possible for such groups to emerge in the first place. And no secular media outfit would give them the time of day because they would not be legitimate. Yet, somehow, the enemies of Christ within the Church are allowed to be treated by media and others as having a "legitimate" voice.

These types are on the record as opposed to Church teaching. How are they ever able to be legitimate? That's like treating the United Negro College Fund as a bona fide wing of the Ku Klux Klan, or the National Socialist faction of the Anti-Defamation League as somehow authentic.

Men like Cupich and Tobin and Maradiaga and Rozanksi and McElroy (and so forth) do legitimately hold office, no question. But, then again, so did Judas. These twisted spiritual perverts and destroyers are connivers, combining with their fellow non-ordained connivers and perverts to destroy souls, to so disfigure the Church and get it to bless their evil so as to alleviate their own guilty consciences.

They certainly will not be the first in the 2,000 years of the Church, and likely will not be the last. But all that means is, to quote the psalms, "They shall go to be with their fathers, who never see the light anymore." 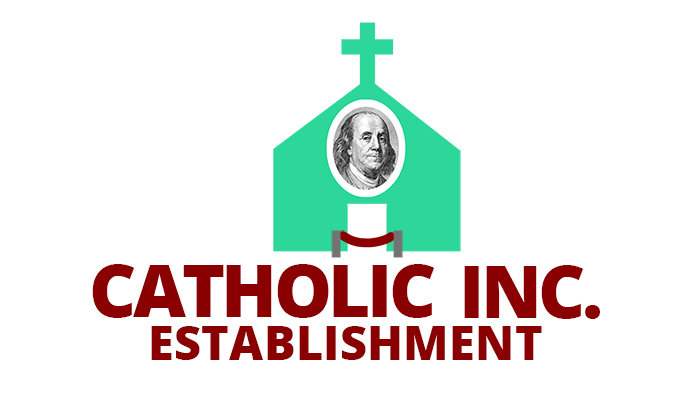