A blessed Holy Thursday to you, coming from our 10th-annual retreat, the first 8 at sea in what we creatively called "The Retreat at Sea" — and these last two on land, owing to the COVID scamdemic.

We're in Frisco, Texas, just outside Dallas, with close to two hundred Catholics who have traveled here to be on retreat — a time to collect and be with Our Lord and away from the regular concerns of the world. And while the regular concerns of the world can be safely laid aside for a few days, they do not go away. We all know they are just beyond the borders of this retreat.

Holy Thursday, always a celebration of the priesthood and the Holy Eucharist, is also a day where we recall the beginning of Our Lord's Passion, set in motion by the betrayal of Judas Iscariot. Always important to keep in mind — his treachery unfolded at the Last Supper, during one of the most intimate moments Our Lord had with His Apostles.

While the events unfolded in the Upper Room, they began a year earlier in Capernaum, where Judas first denied Our Lord's Eucharistic self-revelation. In very clear terms now, Judas denied and betrayed Our Lord specifically because of the teaching of the Real Presence.

He was a thief, true. But his thievery was only a prelude to his treachery — a greasing of the skids, if you will, an apostolic denial of the source and summit of the Faith. While it would be splendid if this had only happened just once, the truth is, we see this exact same denial and betrayal on the part of many successors of the Apostles today.

Judas loved wealth and the power it brings with it, even to the point of stealing it. Those actions committed him to a prison of his own corruption and set the stage for his betrayal. In the Gospel account of the anointing of Our Lord's feet at Bethany (where Judas self-righteously objects to "wasting" such expensive ointment), Our Lord upbraids Judas, telling him to leave the woman alone who had anointed Him.

What will you give me if I deliver Him up to you?

It was clear, in Judas' mind (having waited out the year since the Bread of Life discourse at Capernaum), that his time to profit from the Nazarene was drawing to a close. He decided, as Matthew's Gospel tells us, that it was this realization that sent him to the chief priests, asking, "What will you give me if I deliver Him over to you?"

Yet notice, Judas continued to keep company with Our Lord and the rest of the Apostles. He must have been very good at disguising his true feelings because, while Our Lord, of course, always knew, none of the others had the slightest clue.

Even as Judas slipped out into the night from the Upper Room, even after they had all asked who would betray Him, they still did not think it was Judas. Traitors always disguise themselves cleverly, acting with such stealth so as not to be noticed.

Is the same not true today among so many successors of the Apostles? For surely, there exist many Judases among them. Only the most faithful can discern them — and only then through deep reflection on their actions. Yet so terribly many Catholics today are led astray by Judas bishops, wanting to not deal with the truth of their treachery and its consequences.

Yet this lot hide in plain sight, committing, defending and even promoting sacrilege, as child murderers are treated by them as worthy to receive Our Lord's Body and Blood. They deny the Deposit of the Faith indirectly — as well as directly. They seek to use Christ as their own elevator to power and wealth, just as Judas did, yet they will end the same way.

Once he saw no more opportunity to personally profit from his association with God, he not only deserted Him, he betrayed Him. But unlike Judas, today's bishops show not even the slightest bit of remorse. At least Judas had remorse over his actions, coming to terms with the truth of his evil, saying, "I have betrayed innocent blood."

Remorse, by itself, is insufficient to bring about salvation. But it is the necessary first step. Too many bishops today don't even have that. They have not only made public their betrayal, they have reaffirmed it time and time again, unrelenting on their march toward damnation.

Judas committed one deed and, as despicable as it was, felt remorse for what he had done. On this score, today's bishops have far-outstripped Judas in treachery and, owing to their repeated deeds, feel not the slightest remorse. Heck, at least Judas wasn't homosexual and covering up the rape of teenage boys by the thousands.

Can you imagine today's bishops actually causing a scene?

Today's Judases sit quietly, as politicians they helped elect kill children by the millions, pervert the minds of others who escape the abortuary and destroy home and family on a scale never before seen in history — all with their blessing of silence and association.

The account is relayed to us by St. Irenaeus, told to him by St. Polycarp (a direct disciple of St. John), that on spotting the heretic Cerinthus in a Roman bath he was also in, John got up instantly and fled, exclaiming on the way out, "Let us fly, lest even the bathhouse fall down because Cerinthus, the enemy of the truth, is within!"

It is widely held that St. John wrote his First and Second Epistles in direct response to the heresies of Cerinthus. Can you imagine today's bishops actually getting up and causing a scene, leaving because a heretic was in the room — so much so that they didn't want to be under the same roof?

Holy cow, they'd probably offer him Holy Communion. Oh wait, they do. Joe Biden and the entire panoply of heretical, dissident, phony Catholics should be expelled from the Church without another thought. But modern-day Judases welcome them, embrace them because, at the bottom, they are just like them.

They have no love for Our Lord, truth, the Church or souls. They have run to the chief priests of the day (globalist politicians) and asked, "What will you give me if I deliver Him up to you?" While the glorious liturgies of the Triduum begin today, it is wise to never forget the thread of betrayal woven all through the tapestry of Our Lord's passion. 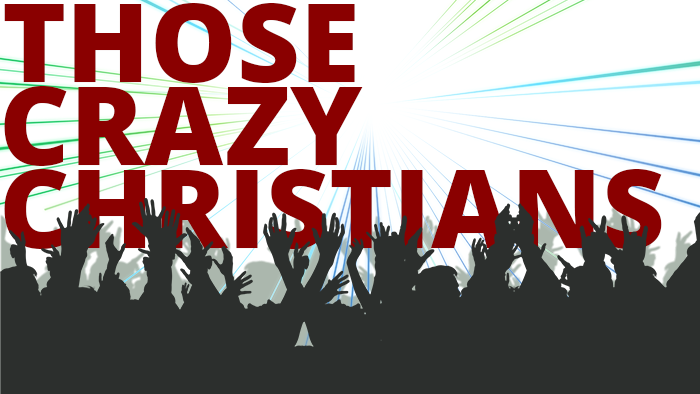