May 5, 2021  0
Podcast Available for Premium Subscribers

We're going to do a follow-up in this Vortex to one we aired a couple of weeks ago about a prominent parish here in Detroit, the National Shrine of the Little Flower, and most specifically, its schools.

As a quick refresher, a big LGBTQIA+ issue broke out there when some parents complained about a long-term teacher having put up a poster of Harvey Milk in her classroom. Harvey Milk has become an icon in the homosexual community because he (along with Mayor George Moscone) was gunned down by Dan White while serving on the San Francisco Board of Supervisors.

White did not assassinate Milk or Moscone over anything homosexual, despite the fact that a homosexual newspaper reporter for the San Francisco Chronicle, Randy Shilts, made a gay martyr out of Milk. Shilts later died of AIDS in 1994.

As Shilts noted in his biography of Milk, Milk had a penchant, shall we say, for taking homeless teenage males off the streets and into his bed. So why a poster of Milk is up in any Catholic school classroom is a source of wonder.

Something's got to give, and, in this case, it was the truth of the Faith.

Yet there it is, adorning the wall of a classroom at Shrine Schools, which is what the parents reported to the administration, who then called in the teacher. The teacher said she felt "bullied" and another teacher backed her up. Both teachers resigned and a gay protest happened a couple of weeks later. All of this was completely placated by the pastor, Fr. Joe Horn, who made sure the teachers came back because "why can't we all just get along?"

And now you are updated on the background. Now, the follow-up.

Realizing that bowing down to the LGBT lobby did not sit well with many in his parish, Fr. Horn has issued a soppy statement that says pretty much nothing. The four paragraphs go pretty much like this:

It's a wonderful letter that doesn't really say anything directly and tries to dodge the elephant in the room. Father Horn is doing what so many poorly formed clergy are doing: attempting to square the impossible circle of pleasing God and the world at the same time. It can't be done. Those in the Church who do not believe, accept or conform to the Church's teachings aren't really in the Church. They have a history with the Church, but they don't belong to the Church because they reject the Church's teachings. It's kind of like Democrats aren't really Americans because they reject the Constitution. But I digress.

This is the giant problem in the Church today — this "big-tent Catholicism," where all are welcome regardless of what you believe or how you live. It's "Fr. Martin Catholicism," and even so-called good bishops don't come out and admit it (and govern accordingly).

Fr. Horn's desperate attempt to hold both ends together is futile. Something's got to give, and, in this case, it was the truth of the Faith. That is so abundantly obvious that teachers from around the archdiocese have contacted Church Militant asking, "Why do Fr. Horn's teachers get to get away with propounding their own beliefs but others don't?"

One of them even shared the teachers' contract with us that all teachers in the archdiocese of Detroit must sign to teach in the schools. The most relevant part is crystal clear: "Teacher agrees, in the performance of her/his duties under this agreement, not to engage in or to endorse publicly any actions or beliefs contrary to the teachings and standards of the Roman Catholic faith and morality, and conscientiously to provide a Catholic role model for all students."

This is not exactly how you square that statement with Fr. Horn's rehiring of teachers who support a poster being on their classroom wall celebrating a pederast whom the homosexual world celebrates as some kind of martyr. But that is the entire crux of this. Nothing else. And it's not exactly clear what Fr. Horn wants the archdiocese to do "in future cases." What future cases? There should never be any cases.

The archdiocese already has said what to do; that's what the teachers' contract is. If a teacher doesn't like or agree or support or live by the teachings of the Church, then they shouldn't be around young minds. Period. And certainly not on the Church's dime.

Again, Fr. Horn's placating letter to the parish noted the purpose of Catholic schools is "to form missionary disciples who joyfully share the message of the gospel and the teachings of Christ's Church." But that's precisely what did not happen. And now with teachers sympathetic to the homosexual propaganda machine reinstated to please the mob, it certainly won't happen.

A poster was put up in a classroom celebrating a homosexual pederast. Period. How precisely does that form joyful missionary disciples? If this has all been one huge misunderstanding, as Fr. Horn vaguely suggested to the protestors, then why not just clear it all up in a jiffy? Why let the teachers issue a statement not actually refuting anything but just talking about "love"?

Just answer the question: Do the teachers completely and totally accept the Church's teachings that homosexual acts are disordered and sinful? Yes or no? And why not say so if they do?

Just answer the question: Do the teachers completely and totally accept the Church's teachings that homosexual acts are disordered and sinful?

The teacher who sent us the teachers' contract is ticked off — rightly so — and said this to us when they sent it:

I am disgusted and disturbed. Why are some people held to this standard but not others? Contracts should be uniformly enforced unless Horn thinks this is not a violation of paragraph four, in which case, he has bigger problems. And he signs every contract, so he can't claim ignorance ... so he can fear a lawsuit for disparate treatment, holding people to different standards, all the while doing what's convenient and not what's right, that is, upholding Christ's standards.

That's the kind of talk, correctly inspired, that means the archdiocesan attorneys are close to being called. The bottom line is that this is very simple. Have the teachers publicly announce their complete support of Church teaching or dismiss them according to the terms of the contract. Why is this so hard?

Again, the simple answer is because so many clergy and laity have come to view the Church's teachings as a kind of list of well-intentioned but incorrect guidelines — good perhaps for another day and age, but vastly in need of updating.

That's the only logical conclusion anyone could draw here from Fr. Horn's actions in support of the teachers. Either that or, as another concerned party told us, Fr. Horn should be given the nickname Colonel Sanders and should open a KFC because, in the face of the anti-Catholic Church–hate machine, there's a whole lot of chicken there.

Father Horn, do the right thing. 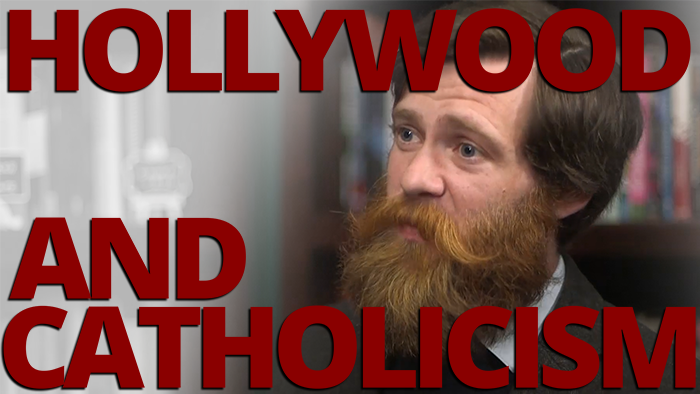