Contraception and the Catholic Collapse

May 16, 2018  0
Podcast Available for Premium Subscribers

Correction: an erroneous date was given for the publication of Humanae Vitae in the video. The correct date is July 25, 1968.

This summer is the 50th anniversary of one of the most controversial encyclicals ever produced in the Church's history, Humanae Vitae, Bl. Pope Paul VI's authoritative, binding restatement of the Church's never changing condemnation of birth control. On July 28, 1968, headlines around the world screamed out that the Church opposed the pill and a revolution began — a revolution inside the Church, a revolution still going on and whose effects have brought the Church to her knees.

The revolution was begun by dissident priests who worked actively behind the scenes for years prior to the pope's issuance of his encyclical, men like Fr. Theodore Hesburgh of Notre Dame, perhaps the single most important man in the Catholic Church to bring about the destruction of Catholic education. Then, there was Fr. Charles Curran who was the public face of the revolution, from high atop his perch at Catholic University of America from where he orchestrated a well-planned public relations attack against Pope Paul and Humanae Vitae. He wrote extensively over the next 20 years condemning Church teaching in the areas of premarital sex, masturbation, abortion, homosexual acts, divorce, euthanasia and in vitro fertilization. In 1986, the Church finally declared him unfit to teach theology at any Catholic university and so now he teaches at Southern Methodist.

Another leading figure was Fr. Gregory Baum who wrote and spoke frequently against the Church's teaching on contraception for many decades. He was present at Vatican II and worked in secret to gin up support for his anti-Catholic position. Before he died last year, he wrote a book where he confessed, proudly, that he was homosexual and had been involved in an active homosexual relationship for many years, including while he was barnstorming in favor of birth control and against the Church.

Another towering figure skulking about in the open was Dominican Fr. Henri de Riedmatten of the Vatican's Secretariat of State. Pope Paul had named him the secretary general of the papal commission on birth control, formally known as the Pontifical Commission on Population, Family and Birth-rate. Riedmatten did everything he could to tilt the commision in favor of rejecting the Church's teaching, from arranging the agenda of the various meetings to administratively blocking orthodox theologians from being allowed to be present and so forth.

There were many, many actively working to destroy the Church, but these four did more in this area than nearly everyone else. They corrupted the theology, stacked the commission, ginned up rebellion behind the scenes and had the commission reach a predetermined outcome. And what has their love and warm embrace brought the Church — spiritual and demographic ruination. They submarined all attempts at successful catechesis on the matter. They stacked the deck for future generations of Catholics to never hear the truth — any future generations that were actually born, that is.

Catholic families shrank from their more robust numbers to the more common two children per household, causing a knock-on effect in religious vocations, Catholic school populations and the overall number of Catholics — like contraception accepted in the culture helped the divorce rate to soar, so too in the Catholic community. And just as in the culture, a contraceptive mentality has ruled the day, resulting in acceptance of every sexual deviancy, so too, acceptance of these deviancies among Catholics is par for the course.

The spiritual, moral, theological damage inflicted on the Church and Catholic families from this rebellion — and what we can do about it — is the topic of Church Militant's Humanae Vitae conference we are sponsoring next month, June 9, here in the metro-Detroit area. We've provided a link on this page where you find out more and register for the day-long conference.

There are many things that can be pointed to in pinpointing what happened in the Church, but perhaps no one thing was more destructive of Catholic life than the rebellion against Humanae Vitae. Until this damage is undone — and a solution is found as to how to combat it — the Church will continue to dwindle away. Bishops remain virtually mute on the subject. Seminaries barely mention it. Most priests would rather undergo torture than to bring the topic up from the pulpits. Yet someone has to point the finger at this evil and call it out.

Please join us this coming June 9, here in Detroit for our Church Militant conference Marriage Under Attack: 50 Years After Humanae Vitae. Again, please click on the link for all the details. 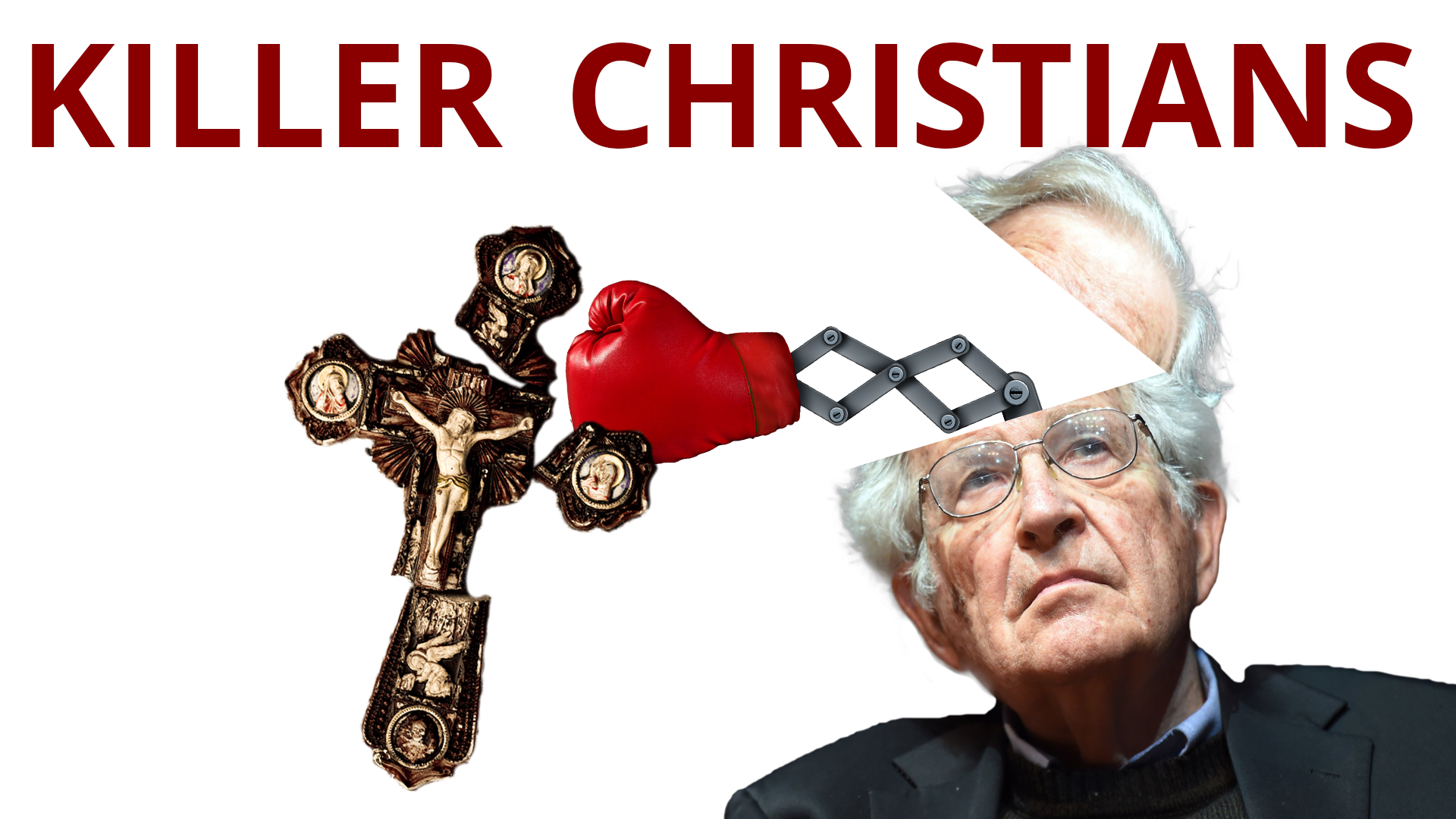 Killer Christians
They're to blame for everything!