Building from the rubble.

So political events have now come to an end and finished in the way none of us wanted to see. Okay, we have to deal with that reality. As faithful Catholics and patriotic Americans, the last two years have been quite the eye-openers, and it is on that point that we'd like to offer some words of encouragement.

Everything that has gone wrong in the culture the last 60-plus years can be laid at the feet of the U.S. hierarchy. That sad fact has to be stared directly in the face. Church Militant has been trumpeting this clarion call for years. But, here in the U.S., the collapse of the hierarchy took on a special dynamic unique to the United States.

America was born in the context of a strange mix of so-called Enlightenment principles of fraternity, liberty and equality, paired with freedom of speech and freedom of religion.

That all sounds good and everything, but just like a Vatican II document or virtually any utterance from the Francis Vatican, it all depends on how you interpret it. The deadly ingredient in all that was established at the beginning of the nation was the ambiguity of it.

Fraternity, liberty and equality each had a very solid Catholic interpretation prior to the age of so-called philosophers (which led to the Enlightenment and eventual French Revolution). Each of those values must find its basis in God.

Realize the tremendous opportunity we now have to erect a civilization of truth and justice built on a Catholic understanding of fraternity, liberty and equality.

Humans have fraternal bonds only because we are each creatures of God, made in His image and likeness. Without that grounding, we are no more "fraternal" than a pack of wolves or a herd of sheep — being related in no other way than mere biology.

Likewise, liberty is a quality humanity enjoys because of a free will God has given us, which translates into the freedom to choose Him and His will, not whatever we want. While we do have the ability to choose evil, we are not "free" to choose it, and, when we do, we lose our freedom to act toward the good. Just ask an addict of any sort.

And with regard to equality, again, Catholic teaching asserts the truth that all men are equal with respect to our God-given dignity, which cannot be trampled upon because of our race, ethnicity, sex and so forth. Pairing those properly understood interpretations with freedom of speech and freedom of religion is a good thing and would produce a healthy nation and culture.

All you would need is the removal of the Catholic lens and its replacement with a humanist lens and, voila, you get communism. Sooner or later, that's where you arrive. Divorced from God, which ultimately results in a divorce from objective morality, these Catholic principles become distorted beyond all recognition.

The first one to become deformed is liberty, which gets mangled to produce virtually unfettered freedom to do whatever someone wants. And paired with freedom of speech, it becomes a vehicle to promote lies. Every single institution on the Left, which has been taken over by the Marxists, has seen wild success in this area.

From universities to the media, this has resulted in a culture of lies dominating people's daily lives. The concept of equality has been so distorted without its mooring to Catholic truth that, now, actions (not people) are all treated as equal and acceptable, regardless of their morality or immorality.

A woman, who is equal to a man, is able to use her "free speech" (which is promoted in the media) to claim, "I can kill my child" and even stand up in front of a celebrity crowd and announce how much her career has been enhanced by the butchering of her own child.

All of it is wrapped up in the concept of "equality." That a woman is equal to a man is controlling "her own" body. Likewise, the distortion of equality has been a powerful philosophical weapon in the Marxist arsenal. It becomes the excuse for rewarding failure and punishing success: People are equal and, therefore, the outcome must be equal, regardless of a person's talent, drive, work ethic, vision or agenda.

All of this — every last bit of it — has been put into service by the Marxists for their agenda. That didn't happen overnight. In fact, it unfolded over a century, pushing little by little, never taking their eye off the goal, until they reached the tipping point where they could get away with actually stealing an election.

But none of that would have been possible over the past century, especially the last half of the century, had the U.S. Catholic hierarchy not been so concerned with getting along, with having the praise of men, with having a seat at the table. As the secular humanist influence kept growing incrementally, the bishops remained quiet.

They taught their seminarians to stay quiet once ordained. They kept outspoken men out of the seminary, for the most part. They promoted like-minded men from within their own ranks, who, just like them, lacked the necessary prudence and faith to either see the coming carnage or the strength to stand against it to try and prevent it.

In short, they sacrificed the Church on the altar of a perverted understanding of fraternity, liberty and equality. They traded the Faith away for a seat at the table so they could revel in their own self-importance, and, when it comes to something as immoral as the communist subversion of the nation, they say nothing.

So where does that leave us? Where are orthodox Catholics and committed patriots supposed to now go? Well, here's the silver lining: The revelations of the last two years — from McCarrick in the Church (and all the attendant evil) to the same depth of evil in the State — can become a great wake up call.

The Church (humanly speaking) and the State have become near totally corrupted and are now instruments in the hands of wicked men. That reality must be grasped, embraced and understood in all its blinding clarity. Yes. It sucks. It's awful. All of that is true. All that has transpired is like dealing with a death.

The death of a loved one cannot immobilize us and cause us to stop living, or more importantly, to live without a purpose. Without that loved one around anymore, life changes. It will never be the same. True. But "change" does not mean "end."

So, now, patriots and Catholics look at reality square in the face and take stock of what has happened. And what has happened is the unrelenting drive and commitment of the Marxists that, frankly, we have not matched — at least consistently. They never compromise. But too many of the right side have compromised. Compromise is billed as a virtue.

There is nothing virtuous about not being pure in your vision and execution. Radicals are the ones who ultimately win. And when it comes to religion, it must be lived radically and preached radically, with no compromise. The Marxists have instilled in the minds of civilization that being "moderate" is okay, acceptable, even praiseworthy.

Ultimately, we fight for souls, and we witness to the truth.

What exactly is "moderate" communism? What would the compromise between good and evil look like exactly? What the evil outcome has provided to all of us is the opportunity to get back to basics, to reexamine where things went wrong and start fixing things. Now, this is all going to have to be done in a hostile environment, no doubt. When the communists were working quietly like termites, they didn't face a lot of opposition as they went about their destructive work.

That will not be the case for us. We all will face headwinds — often stiff — straight out of the box. But that can't stop us or discourage us. Ultimately, we fight for souls, and we witness to the truth. That is what and who we are. This evil environment now gives us a chance to define ourselves again, to touch base.

We've beefed up staff (thanks to your generosity) as well as production capability and skill level. Our political coverage of the past year as well as our long track record of covering affairs of the Faith have placed us in an extremely unique position to speak to both patriots as well as faithful Catholics.

Frankly, no Catholic apostolate is in a better position to deliver what we deliver than Church Militant, and we are privileged and blessed to be able to be here. When the Roman Empire in the West fell apart 1600 years ago, a large portion of the empire was Catholic, and, of course, loyal to the empire.

To them, it seemed like the end of the world, and, in some ways, for them, it was. The collapse was the impetus for St. Augustine's writing The City of God, wherein he reassured his fellow imperial citizens that whatever happens on earth, we must never forget that we do not, in the end, belong to the city of man, but the city of God.

That vision, born from the fall of the empire, went on to become the seedbed for Western civilization, brought into existence on the rubble of the empire by the Catholic Church. This is where we are now. An empire has collapsed. Mourn it. Lament over it. Accept its passing, and grieve.

But realize the tremendous opportunity we now have to erect a civilization of truth and justice built on a Catholic understanding of fraternity, liberty and equality.

About 75–80 million people were at least dimly aware of all this on Nov. 3, and they voted accordingly. This moment is a tremendous opportunity to build anew (in the face of ferocious opposition, yes). But so what? The Church baptized the barbarian hordes after much suffering. What we knew has passed. What we now embrace is what matters. 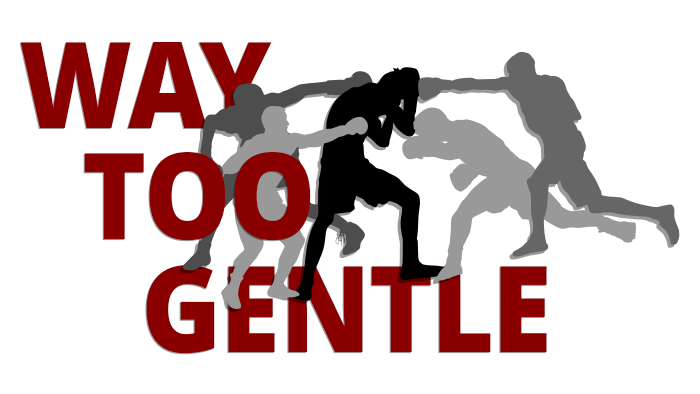 Way Too Gentle
And naive.