We must begin to reverse this disaster, now!

There is much to be resisted in the Church these days. As painful and dreadful as that fact may be, it's the truth. Our normal instincts as Catholics is to see the clergy as holy or at least more dedicated to holiness than the laity, striving to bring us stubborn laity along, we who are more concerned with the world, like dragging a donkey that doesn't want to move.

In the past few decades, however, this paradigm seems to have reversed. There are now so many instances of clergy utterly unconcerned with their personal holiness or the holiness of souls entrusted to them, it's hard to believe — yet it's true. This is not to say, of course, that there are not good, holy priests. There are many, just as not all bishops are weak or bad or wicked or ambitious. But the good men, meaning those who are deeply in love with the Son of God and who are willing to lay it all down for Him, are proving to be the exceptions. Despite the presence of these good men, the system itself, the clerical system, is corrupt in that it prevents the proliferation of these good men, and it's largely successful in ensuring they never gain solid footing from which to initiate much-needed reform.

Too many leaders, meaning mostly bishops, don't get it. For whatever reason, they are blind to the reality that the system by which they came to power is broken. They look for men like themselves and promote these men from within that crowd who tend to be like them — tepid and frightened to say or do anything that will draw the ire of the world.

Much seminary training and formation these days places an emphasis on "meeting people where they are" and having an "encounter" with them so that they have "an experience of God." This is the sort of vocabulary that has reached a level of celebration by various bishops and other leaders in the Establishment Church these days. It was first trotted out at the Extraordinary Synod on the Family in October 2014 and has continued to gain prominence ever since.

Whether it's a deception or honest misdiagnosis, the prevailing thought among senior clergy in the West is that the Church's teachings are too harsh, and they need to be made more palatable to the unbeliever. As a result, nothing of serious consequence can be addressed, meaning issues directly related to our eternal salvation. It's an approach reminiscent of the American Protestant revivalist preachers from the late 18th and early 20th centuries: "First, get 'em in the Church, then preach 'em the Gospel." Judging from the falling numbers in Protestantism as well, it's an approach that will ultimately fail.

Yet, inexplicably, Catholic leaders — in the United States predominantly but other locales in the West as well — have chosen to adopt this strategy, a proven losing strategy of avoiding serious points of the spiritual life and dressing up their avoidance in misleading terms like "pastoral." The effect of all this has been that instead of the Church converting the world, the conversion is flowing in the other direction. More than 30 million Catholics in the United States alone have abandoned the Faith and have converted to the world.

Yet, leaders have adopted the position that they must continue to convince everyone that, while there are struggles, things in the Church are vibrant and in the process of restoration by the actions of the Holy Spirit — even in the face of a never-before-witnessed disintegration of the Faith. "Prudence" and "tolerance" are the watchwords from clericalists who can use lofty terms like those to hide cowardice and ambition and strike out at Catholics who call their bluff and point to the emperor who is parading around naked. The American hierarchy as a whole has become decidedly American — politically correct, nonjudgmental accommodationists who will tolerate anything except criticism of their tolerating everything. Growing numbers of committed Catholics are coming to these realizations, just as we did, here, at Church Militant.

This apostolate did not begin on this note. We had no idea 12 years ago that things were this bad. But like many others before and since, we came to learn the horrible truth. So, we set out on a two-pronged strategy to convince people of the dire need for them to wake up and provide encouragement in moving toward a solution. This is one of the major topics in our newest book Resistance: Fighting the Devil Within. This is a natural follow-up to our first book Militant: Resurrecting Authentic Catholicism. We sold thousands of copies of Militant and many people wanted to know more — to understand the chaos present in the Church and what they could do about it. This is that book. Resistance is recommended reading if you want to be informed about what has happened to the Church in America.

A big part of evangelization today among Catholics is helping them to unlearn all the horrible stuff they've been taught and for that, you need to be able to logically and coherently explain what happened. That's what Resistance does. We lay it out for you, so you can lay it out for them. And moreover, the goal of talking to people is not just to get them to intellectually accept various arguments but ultimately to get them to become holy. That's the focus of Part Two of the book. Part One lays out the problem with all its history and so forth. Part Two lays out the solution, personally and collectively, which is what the solution has always been which is personal holiness. The solution for this madness is what it's been since the beginning — we each have to fight to become saints. This is why we wrote Resistance — to help you help save souls.

So please order your copy, today, by clicking on the link. We've priced it especially for Christmas so you might also consider buying it as gifts for loved ones or friends, who you think it will help. The history of how we got where we are is eye-popping, and it is a history very few know. Again, please just click on the link to place your order now. 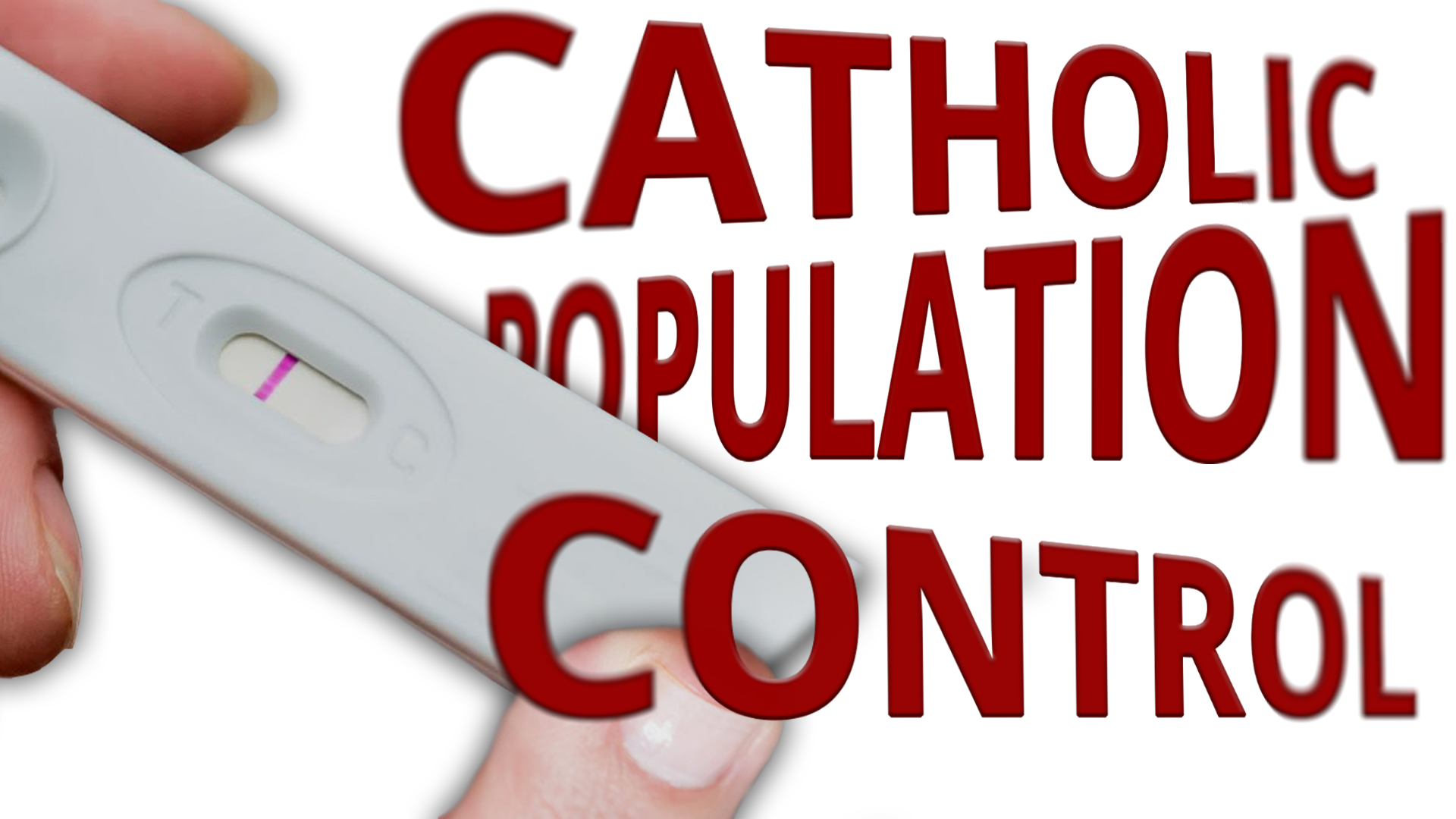 Catholic Population Control
There was much conspiring among Catholic clergy to ruin the Church.