And it must end.

What's coming to light in view of all this non-stop scandal is just how corrupt the institutional Church has become. From top to bottom, a culture of secrecy, non-transparency, non-accountability, vengeance, careerism, egoism, have all contributed to a massive massive crisis of faith in the Church.

Too many leaders simply do not care about the Faith as they do about non-faith matters.

As we have highlighted for years in The Vortex, much of that corruption has been placed at the service of advancing the notion that sodomy is a good thing. A cone of silence simply drops over practically everything going on that is evil, and almost no leaders feel the slightest sense of accountability for their actions.

Likewise most people looking at the Church from the outside and considering converting would do so why? Sure, you will encounter every now and then the man of good will who can look past the horrors of the headlines and still see the Bride of Christ. But many people, because of where they are in their lives, cannot. These horrors are truly stumbling blocks for them.

So fighting this evil — out in the open — is a matter of charity.

But it is also a matter of justice. So many have been abused — physically, spiritually or emotionally — that justice must be satisfied to whatever degree possible in this life. The entire world operates like this. Why should corrupt churchmen think the rules of charity and justice should apply differently when applied to them?

They should apply more stringently in fact when it comes to successors of the Apostles.

In fact, most of these men should be behind bars, but they get to hide behind privacy and secrecy because the culture of corruption is so institutionalized that there is no way to breach the wall.

Look for example at Bp. Cistone in Saginaw hiding and promoting predatory priests like Robert DeLand, who by way of an update, will be sentenced next month for going after young males — did you hear that Cupich? — young males who were not minors — homosexual stuff.

Or Bp. Richard Malone, who admits he "fell short" — his words — but refuses to resign in the face of reassigning predator priests like Dennis Riter, another homosexual predator — again, Cupich, are you listening — you who claim this isn't a gay thing?

Whether these men should be gone should in no way be left to them. The Pope should sack them immediately. But see, all credibility is destroyed when the Pope himself refuses to answer charges against him and just steps beneath that cone of silence.

All the bad bishops — and they are legion — simply take their cues from him in this regard.

Bishop after bishop is simply shredding the Church to pieces and it is only when they are shamed or criminally accused that they say anything, and then it's written by lawyers.

Look at Cdl. Sean O'Malley and his lawyer-crafted statement that he "never personally received" the letter about McCarrick's homosexual predation, carefully avoiding whether he knew the content.

Even now, after having been sent a complete dossier on the South American gay pipeline into U.S. seminaries, not a peep. Same with the current nuncio, Christophe Pierre, who received the same dossier — nothing, no admittance whatsoever.

What about Bp. Henry Mansell who, as bishop of Hartford, actually went on to knowingly ordain a number of men kicked out of Holy Apostles Seminary for homosexual activity — zero accountability.

These men and dozens and dozens of others of them do whatever the Hell they want with complete disregard for the faithful, and they live under that cone of silence promoting their gay agenda — yes gay agenda, Cupich — not clericalism.

Even the attitude so many of them adopt that they are princes entitled to use the money of the faithful for their own personal gain.

Atlanta Abp. Wilton Gregory was having a multi-million dollar palace built for himself until the press exposed it, and then he admits he wasn't plugged in enough to the appearance this would create. Well, if you're that out of touch, then you shouldn't be a bishop.

Or the bishop of San Jose, Patrick McGrath, who just this week had to cancel plans for his $2.3 million retirement house when again the press exposed it.

Or the palatial penthouse Donald Wuerl lives in in the swankiest neighborhood in Washington, D.C. And for the record, who's paying the $50–75 thousand bill each month for his PR legal team at Jones Day, or his first class seats back and forth to Rome at the drop of a hat?

Too many of these men think they are something special and are entitled to do whatever they want — and you pay for it.

The laity is sick of paying for your negligence and corruption and evil. You all accept responsibility in statement after statement — again, only as the final, last, absolute resort after being exposed and having no more options, but then the natural results of accepting responsibility — which should be the end of your careers — never happens.

Anyone can accept responsibility for anything if there are no consequences for being responsible. This elevates the era of corruption in the Church to a whole new plane because after having been exposed, still nothing happens, starting with the Pope and all the way down.

Meanwhile, the advancement of the gay revolution in the Church, which is what this is all about — regardless of what lying Cupich says — moves along unabated.

And for the record, Cupich, those two priests having sex with each other down in Miami in the car who got arrested — those were your priests. Good thing it is not a gay thing?

If you are a Catholic and not boiling over with justified anger, then something's wrong.

People — souls — have been ruined, destroyed by these men and are still being destroyed. No Catholic gets to sit on the sidelines for this one.

Say a prayer for the Church right now, before you do another thing, that these men be cast down from their offices so that the work of restoring the Church can begin. 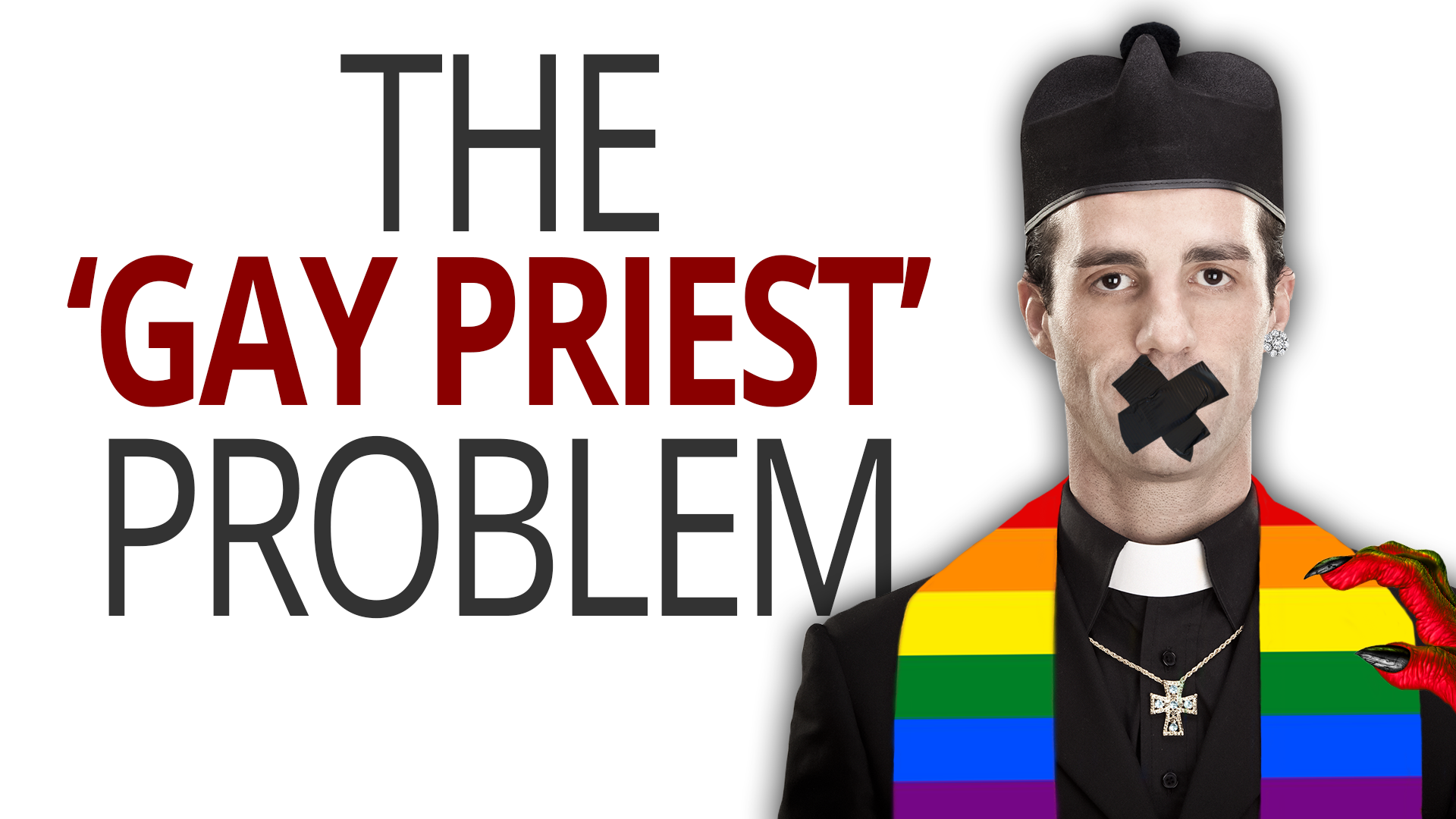 The ‘Gay Priest’ Problem
And it is a PROBLEM.