Covering Up the Gay Evil

We must expose it.

I'm Michael Voris coming you live from the Vatican where the ongoing synod on the youth is being heavily criticized for pushing of the gay agenda and using the cover of "listening to the youth" for their thoughts about Church teaching.

Never mind that like the 2014 and 2015 synods on the family — especially the 2015 synod — were essentially rigged ahead of time by a series of moves involving both advance documents as well as stacking the deck with theological lefties, this synod is following suit — but this time using young people.

Question for the synod fathers: Haven't teenagers and young adults been used enough by homosexual clergy to turn around now and try to abuse them intellectually?

The specific problem of homosexuality in the clergy continues to be either ignored and downplayed by an army of bishops around the world or rejected out of hand as any real crisis or underlying cause of the crisis. This is true, first of all, in the case of establishment Catholic media who would sooner be dragged over hot coals the publicly say the "H" word.

They know the bishops — many of whom are gay or gay-friendly — would destroy them in a heartbeat, so major lack of integrity there on the part of pretend journalists — but we already knew that.

In the second place, Church leaders themselves continue to publicly deny this is any sort of problem, and this is evident in the various parish sessions being held by various bishops throughout the country with Catholic who want answers.

For example, back in the States, San Diego Bp. Robert McElroy, a disgrace to his sacred office, has faced fierce questioning and challenges at his sessions about homosexuality in the priesthood and people have been thrown out or not allowed in, although diocesan officials have lied and said no one has been thrown out — wrong.

Church Militant has communicated with some of those people. They were tossed, plain and simple.

While McElroy in San Diego gets the gold star for actually having Catholics thrown out, other bishops are being a little more subtle about it by ducking and dodging questions from the faithful about rampant homosexuality among the clergy. Church Militant is being fed audio recordings by faithful Catholics at many of these, and it's the same story almost everywhere.

One exception worth noting is Dallas Bp. Edward Burns who some of the faithful have reported to Church Militant does seem to be at least open to the idea that homosexuality may play some role in this evil scandal.

Unlike McElroy, at least he hasn't thrown people out or not let them in. McElroy is a homosexualist plain and simple. The faithful can only hope that men like Bp. Burns are able to see and understand this: There are some bishops and cardinals who have no love for the Church. If that sounds shocking or mean-spirited or divisive, the bottom line is, it's true.

One of those men is Cdl. Blase Cupich, the archbishop of Chicago who is here at the Youth Synod, contributing to the poisoning of young minds by downplaying the issue of homosexuality and its related spiritual dangers. Cupich now has a well-deserved reputation of saying absolutely idiotic things, slamming whoever criticizes his idiocy and then doubling-down on the original idiotic statement.

And in a prime example of this — again, completely unchallenged by the sycophant establishment Catholic media who cannot be trusted to tell you the story behind the story — Cupich actually, incredibly, unbelievably came out this past weekend and declared that the numbers from the 2002–04 John Jay report proved the issue of children and teenagers being sexually assaulted and raped by young people didn't have anything to do with homosexual clergy.

That statement is either the most idiotic thing he has ever said, or the most deceitful. The report stated, flat out, that more than four out of every five victims of priests, who are all male, Your Eminence, were young males.

If Cupich would care to rewind his memory banks back to 2004, he will recall that even Bp. Wilton Gregory made an initial public statement to gathered media — out loud — that the problem was one of homosexual men preying on younger males.

What does Cupich think the whole McCarrick affair is about? What does the think the lion's share of the Pennsylvania grand jury report is about?

Cupich is a cardinal in the Church. He is here as a leader at a synod on the Youth — Catholic Youth — and on the most pressing question in the Church today, the advance of the sodomite agenda by active and passive homosexual clergy, he has the gall to either lie about this, or say the stupidest thing that could be said.

And all of this right under the nose of the Pope, who doesn't seem to care, all while the no-integrity professional Catholic media looks on and says not a word.

The synod goes on until the end of the month, and Church Militant will be here covering every shameful disturbing moment because that same establishment Catholic media won't say a blessed word to you about the story behind the story.

Reporting to you from Rome covering the Synod on the Youth, this is Michael Voris. 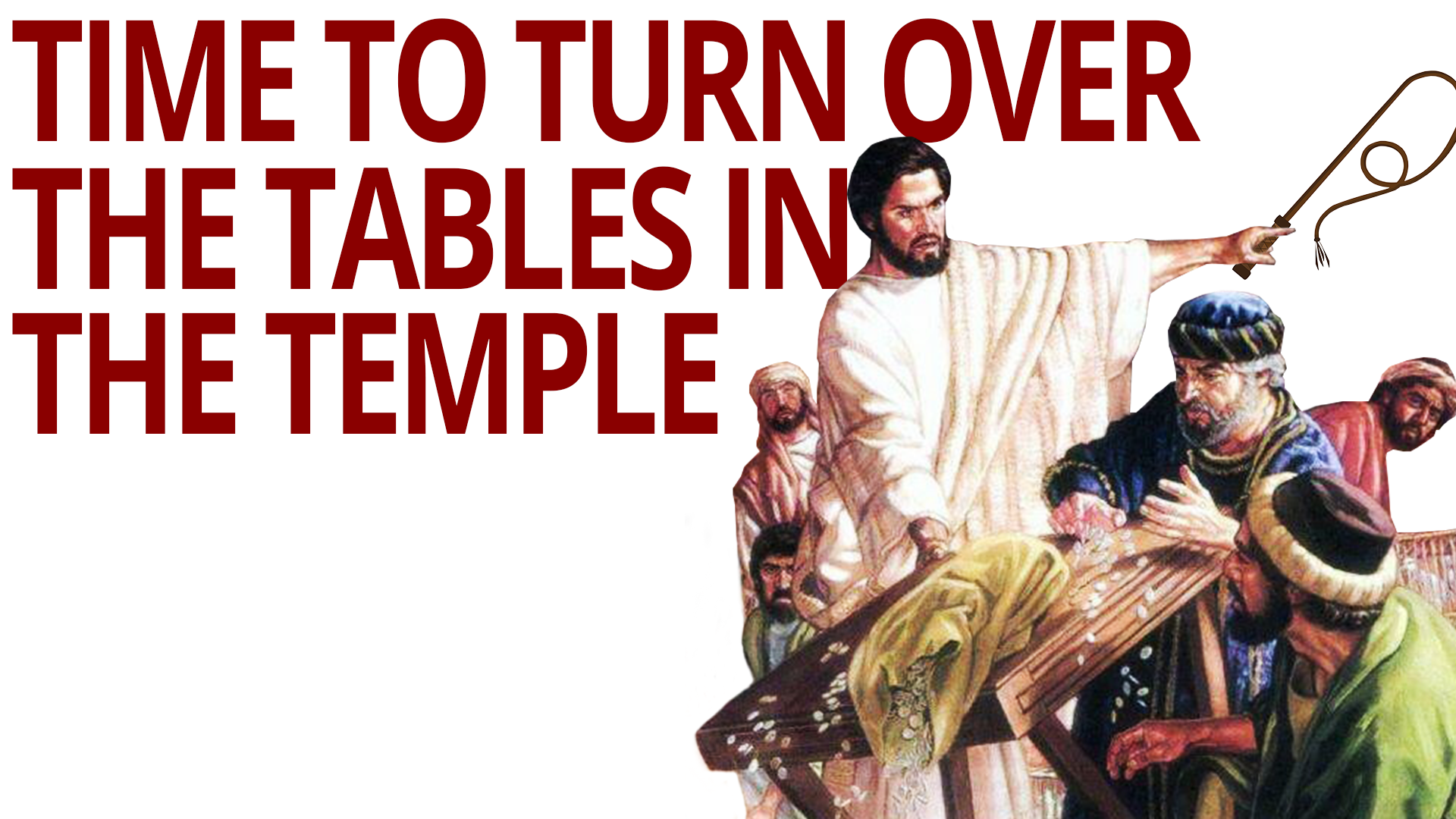 Time to Turn Over the Tables in the Temple
Bring on the whip.