It's been almost three years, but in that time, the full realization of the COVID conspiracy is coming more and more to light. The truth is never able to be fully covered up, and proof of that maxim is coming forward as we learn more about what really happened, how it was manipulated, by whom and why.

Steven Mosher is president of the Population Research Institute and one of the world's leading authorities on China. Of course, most importantly, he's also a solid, faithful Catholic. In addition to authoring various books on China, he's been on Tucker, Laura Ingraham, Good Morning America, 60 Minutes, and written for the New York Post and Wall Street Journal.

In short, he's no slouch. He knows his stuff down cold. He's written what is the authoritative book on the entire COVID scam called The Politically Incorrect Guide to Pandemics. With almost 100 pages of supporting footnotes, the fun really begins about halfway through. After a brief world history lesson of plagues and pandemics stretching back thousands of years, Mosher then spends about a hundred pages breaking down in easy-to-understand detail all the relevant information on the China virus.

In a weekend op-ed in the New York Post, Mosher lays out his case against Anthony Fauci with his opening paragraph: "I must admit that I, like most Americans, am deathly tired of having to listen to — or in my case, write about — Dr. Anthony Fauci. It has been clear for some time that his prescriptions for dealing with the pandemic were not only wrong, but made things worse, much worse."

The truth is never able to be fully covered up.

Here's the summation for those of you who like the CliffsNotes version: China was developing a bioweapon.

Fauci, who was forbidden to pay for that type of research here in the United States, diverted funds from his government agency to the Chinese because of his longstanding fascination with mRNA vaccines. The virus escaped the lab in Wuhan. Fauci and Deborah Birx tricked Trump into shutting down the country. The Democrats took political advantage of the opportunity and rigged the election. Biden got into office and wrecked the country.

Now facing a Republican tsunami wipeout in less than two weeks, the rats are jumping ship: writing books, appearing as guests on Marxist media outlets and praying they don't get subpoenaed before a highly ticked-off, newly elected and dominant Republican Congress.

Millions of people have died. Millions more are now beginning to suffer crippling and debilitating side effects.

Big Pharma has made a fortune and will continue to. And the stage is being set for Big Pharma to make even more and totally avoid all legal liability by getting their vaccines placed into the childhood-immunization shot series.

We cover all this in our in-depth interview with Steven Mosher, available by clicking on the link below.

And, of course, the Catholic angle, as we always bring you: The bishops folded like a house of cards in the face of all this. In fact, even with all this now coming out, they still have multiple COVID restrictions in place.

It's time those who fell for the garbage wake up and realize: You were used.

Detroit's Allen Vigneron won't allow an out-of-diocese priest into the archdiocese to help out unless he's vaccinated.

Remember that Dallas Bp. Edward Burns refused to publicly apologize when one of his priests, at a well-known gay parish, called the police on a pregnant mom for refusing to wear a mask, even though she was sitting at the back of the church, many pews away from anyone else. Deirdre Hairston was with her infant child and pregnant with her second child when a notorious priest confronted her in the back pew as she knelt down after receiving Holy Communion. He ordered her to put her mask on — she refused. He called the police. And Bp. Burns was perfectly fine with all of it.

And so it went, throughout the entire pandemic: sacraments cut off, priests chastised for trying to serve the people, the sheep abandoned to the will of the government oligarchs.

It's time those who fell for the garbage wake up and realize: You were used. Your family members and friends were murdered and others close to you are either sick from the shot or may soon be.

To watch the riveting interview with Steven Mosher, please just click on the link.

And as a reminder, if you like what you're seeing and hearing at Church Militant, please consider a donation. Shows like Vortex are free for you to watch but not free for us to produce. So please just click on that link and donate whatever you like, to show your support.

It's much appreciated. Thank you in advance. 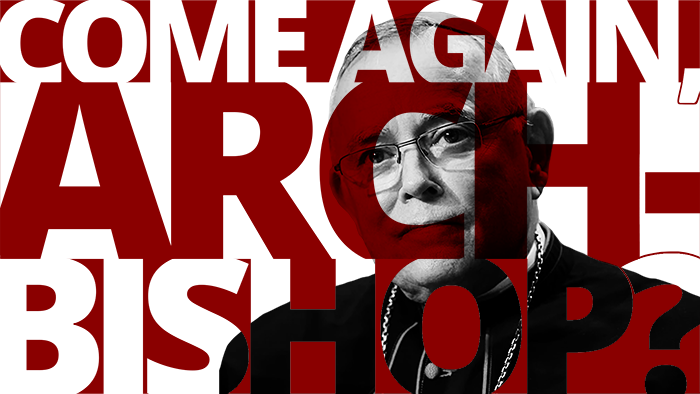