That's who's in charge.

May 21, 2021  0
Podcast Available for Premium Subscribers

Manhood and masculinity have so disappeared from the landscape of the Church that it's difficult to know where to even begin when giving examples. But one thing is very definite: Whether it's from the country-club "professional Catholics" (as Pope Benedict labeled them) who would never rock the boat with their local bishop or the wimps on parish councils who refuse to insist on the transmission of the authentic Faith or pastors who just let the LGBTQIA+ agenda rule the roost in their schools, all of this — every last bit — originates from the ranks of the ordained.

And the higher up the ranks a male progresses, the more of a woman he becomes. That is fantastic and splendid and beautiful if you are a woman, but in a man, it's repulsive.

The sword carries within itself the idea of struggle and conquest, as was used by our Blessed Lord Himself.

Two giant examples come to mind here, one somewhat symbolic, the other very real. First, the symbolic: The Equestrian Order of the Holy Sepulchre of Jerusalem just announced that in its investiture of knights moving forward, it will no longer dub a man a knight by using the sword and tapping it on his shoulder. That's just too violent. Plus, somehow it discriminates against the women who are also invested in the order.

This is pure idiocy, total "wokeness." And, of course, it's all brought to you by none other than a cardinal — Fernando Filoni — whose name just happens to conveniently rhyme with "phony," which this whole thing is.

The FOF (Friend of Francis) says of his decision to dump the mean, violent sword:

The sword represents a symbolism I would consider inadequate for today's reality of our order and for post-conciliar ecclesiology ... and, in popular imagination, carries within itself the idea of armed struggle and conquest; often, in Sacred Scripture, the sword represents punishment for the idea of war and the terrible consequences it produces.

What a load of bull. Filoni is a phony who embraces the emasculation of men that has swept over the Western world as the standard by which all males should be measured. In short, it's castrated masculinity. The sword carries within itself the idea of struggle and conquest, as was used by our Blessed Lord Himself as a symbol when He said that He Himself had come to bring the sword. Likewise, St. Paul instructed the Ephesians to take up the "sword of the Spirit, which is the word of God."

Of course, having tossed out spiritual warfare and any substantive belief in Our Lord as divine, it just follows that high-ranking clergy would also rush to toss out all the symbolism attached to spiritual warfare and replace it with stupidity. Cardinal Filoni, in perhaps more symbolism than he realizes, said the bishop crozier would be substituted as the instrument by which knights are to be dubbed, tapping them on the shoulder with that instead of the sword.

Given that virtually all bishops, especially in the United States, have forgotten that a chief function of a shepherd's crozier is to violently beat attacking wolves to protect the sheep, it seems more than apropos that a wimpy understanding of a crozier would substitute for a sword. Swords are mean and violent, but a shepherd's crozier is a sweet, cute little thing.

These men have gone spiritually insane. But that's what happens when you suck the testosterone out of the clergy: You get "women" religious.

And speaking of women, the U.S. bishops are meeting in a few weeks — virtually, of course, so they don't all kill each other with COVID and also so they can sidestep any protests. A topic scheduled to be on the agenda is sacrilegious Holy Communion for the Joe Bidens and Nancy Pelosis of the Church. The topic seemed to have created enough buzz within the conference that, as has been reported, Abp. José Gómez of Los Angeles sent a letter to Rome asking about what they should do because they're so confused.

Essentially, what he asked is:

Dear Rome, the president of the country and hundreds of other Catholic politicians go to Holy Communion despite keeping in place a well-oiled system which kills millions and millions of children. Everyone in America knows they do this. Many vote for them specifically because they are child murderers. But still, they come up to Holy Communion. Should we bishops continue violating Canon Law 915 and keep committing sacrilege and scandal? We're so confused. Please help. Signed, the gender-confused bishops of America.

Well, when their letter got to Rome — to men who have no point of confusion over their preferred genders — the pro-homosexual Cupich and Tobin met with the Roman authorities and plotted with them to make sure Jesus would still be handed over to His enemies. Come to think of it, Judas may have been the first gender-confused among the episcopate because he did the exact same thing. But, as we know, he certainly was not the last.

Anyway, the "ladies in scarlet" managed to convince another FOF — the head of the Congregation for the Doctrine of Faith — to join them in keeping the sacrilege rolling along, and Gómez was instructed to drag the process out with consensus-building, dialogue, conferences and Zoom calls all over the world with every other bishop and with no end in sight.

So that's what he has reported back to the American bishops for their meeting next month. This is where we will see the rubber hit the road. But will bishops who present themselves as faithful stand up at that Zoom meeting and call for an end to this outrage, even if it means losing their miters? A simple "yes" or "no" will suffice.

Granted, it is, in one view, being caught between a rock and a hard place. On one hand, it's God condemning you at your final judgment for silence in the face of massive sacrilege. On the other hand, it's Cupich and Tobin condemning you, engineering your career destruction in Rome behind the scenes.

But for men who some of the faithful think are faithful bishops, it all boils down to whom they fear more: God or Cupich. But another way to come at this is that fear of God should not really be the jumping-off point. It should be love of God. If you really believe, you would be horrified at what's going on with these sacrilegious Holy Communions. You would rush to the defense of the Blessed Sacrament, not sit around and debate the wisest political approach.

But the heart of the matter is that even the "good" bishops were allowed to advance because they were seen as weak men who would never rock the boat. They, of course, didn't believe in the outrageous corruption and, for the most part, have even steered clear of much of it, at least overtly.

But those who let them into seminary, let them advance, ordained them, and, in some cases, even consecrated them, knew they were severely lacking in testosterone and would never challenge or confront the evil in the Church, no matter how much they personally disagreed with it. They would, in the end, cave.

In some ways, they are even more emasculated than the Cupiches of the Church, if you can picture that. In a certain sense, Cupich is a toxic brute who imposes his will on anyone he wants and avenges anyone who crosses him. His "femininity" resides in his adoration of the homosexual cult in the Church and his promotion of it.

Will one of them man up and take out his sword to beat back the toxic femininity so rampant in the Church?

We have a horrible climate in the Church today. It's run by cowards — some of whom are brutal in exercising their authority to drive authentic masculinity further out of the Church. Venerable Abp. Fulton Sheen's canonization process was brought to a halt because U.S. bishops could not have the laity looking at a bishop like that. After all, after listening to Sheen, the laity are able to easily see the current bishops' slips under their cassocks.

Archbishop Sheen used to say, "Once a ball is rolling on a certain path, it will continue along that trajectory, rolling straight, unless something is put in its way that changes its trajectory." We have reached such a moment with the conference of U.S. bishops in a few weeks.

Will one of them man up and take out his sword to beat back the toxic femininity so rampant in the Church? If the unelected president of the United States, with blood dripping from his hands after receiving Holy Communion, does not present such a moment for bishops to stop breaking canon law and get things going in the right trajectory, then no moment ever will. 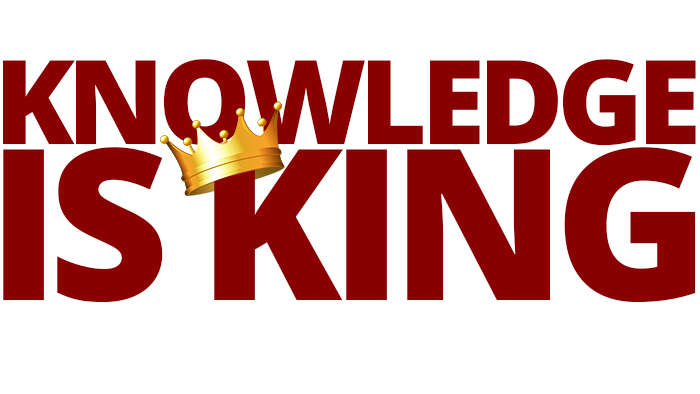 Knowledge Is King
And my people perish for lack of it.