Are there any "straight" clergy left?

It doesn't seem that any other conclusion is possible these days other than much of the clergy, including the hierarchy, is simply crawling with homosexual men. Now, some people will say that's too mean, that's too divisive, you're not charitable. Yet the situation in the Church has turned so chaotic that these "purveyors of charity" must now provide a solid explanation for the evil going on and stop hiding behind things like "I don't like the tone" stupid argument in an effort to avoid any serious discussions.

Things have to be said directly, because, frankly, there are simply too many wimpy men in the Church who would rather kill the messengers than talk about the chaos. Case in point — the upcoming World Meeting of Families in Dublin next year, where the controversial Amoris Laetitia is the focus and specifically being used to push the idea of gay families being accepted in the Church. This is being done under the watchful eye of Dublin's Abp. Diarmuid Martin, who offered no defense of traditional marriage during the heated battle to legalize gay so-called marriage in Ireland back in 2015. In fact, he infamously came out and said, "I have ... no wish to stuff my religious views down other people's throats." Yet men like this will sit back and let the society shove its views down the throats of their sheep.

The Irish Catholic Church has of course been rocked by its own gay scandals, including the rector of Maynooth Seminary, the national seminary for Ireland, Fr. Michael Ledwith, who led the seminary as rector for 11 years and turned out to be gay himself, according to multiple reports, and is now living in Southern California, where he has hooked up with a New Age cult and travels around giving lectures about how great it is to be gay and New Age. Then there is the non-stop trickle turning into a steady stream of reports from all over the country about gay priests, one even coming out to his congregation during a homily on Sunday, to which he received thunderous applause.

The guide for the World Meeting of Families under Martin's guidance says the following, completely distorting the words of Pope Francis: "While the Church upholds the ideal of marriage as a permanent commitment between a man and a woman, other unions exist, which provide mutual support to the couple. Pope Francis encourages us never to exclude but to accompany these couples also, with love, care and support."

Right under that section is a picture of two lesbians embracing with, of course, a rainbow flag present front and center. That is about as far from Catholic as you could get. Does Martin really think that St. Patrick, who fought homosexuality among the native Celtic warriors, would really be down with all this? Martin has even come out and said that the Church must change with the times and that the Church must find a way to affirm and support the love between homosexual couples — publicly! Nothing is hidden anymore.

Why don't all these not-so-secret-gay leaders in the Church just come out publicly and admit that they are gay, want the Church to change the teaching, and just get on with it? This is filthy, disgusting. First, the pope has never said he supports gay marriage like this implies. Martin, though, certainly doesn't seem to oppose it, and apparently huge portions of the Irish clergy seem perfectly fine with it as well.

The question must be continually asked until a sufficient answer is given: Why is there this non-stop flood of stuff all supportive of all things gay continually flowing from members of the clergy — Fr. James Martin, cardinals and archbishops supporting him, bishops and archbishops speaking up in favor of sodomy as a basis for marriage, a refusal to declare, defend and advance the Church's teaching, the awarding of honors to public figures who back gay marriage, like what happened at the last World Meeting of Families in Philadelphia with Abp. Charles Chaput?

It just never stops: various members of the hierarchy, pushing for a change in the language of the teaching of the Church, the Catechism, dropping the part about homosexuality being disordered to it being differently ordered; Fr. Thomas Rosica making sure that not only an openly gay blogger from New Ways Ministry, which is a gay Catholic outfit officially condemned by the Church, got press credentials to the last Synod on the Family in 2015 but then got to ask two questions; the late Cdl. Francis George, admitting privately that a third of the priests in Chicago are gay; the priest in Miami admitting to the press that 90 percent of the clergy there are gay.

It just goes on and on: sources in Rome saying there has never been such gay activity in the Vatican as there is now; Fr. Krzysztof Charamsa, who worked in the Congregation for the Doctrine of the Faith in Rome for almost a dozen years, who came out to the world at a press conference the day before the second Synod on the Family in 2015, even introducing his longtime boyfriend to the assembled media hordes; Polish priest Fr. Dariusz Oko's report in 2012, "Homoheresy," which points out the massive problem among the clergy who are actively gay.

It seems more than a little coincidental that on the one hand, we have an ocean of homosexual men in the priesthood and episcopacy, and on the other a constant push for the gay agenda in the culture. And that push comes in three forms: active, outspoken vocal support for it — the Fr. James Martins of the world; the leadership who don't directly whip out their gay pom poms but who walk right up to the line and speak in very approving terms of it, who appear at gay conferences and give supportive speeches, like Bp. John Stowe of Lexington, Kentucky, and of course other members of the hierarchy like Cdl. Joseph Tobin of Newark, New Jersey, and Cdl. Timothy Dolan of New York, with his glowing support and push for open gays marching as gays in the St. Patrick's Day parade; and the third group, the largest and in a certain sense the most dangerous — the bishops and priests who sit back and say and do nothing, just going along.

In one sense it's good all this is coming out, so to speak, so the few remaining faithful Catholics can have a very, very clear picture of the reality. And don't let people, especially priests, say things to you like "Yeah, yeah, but Voris and others are just so mean for saying all this. I mean, the tone." Such men are cowards who do not wish to tackle the problems and have made a career deflecting the truth — no matter how "holy" they might be considered.

It is not holy to let spiritual cancer spread. 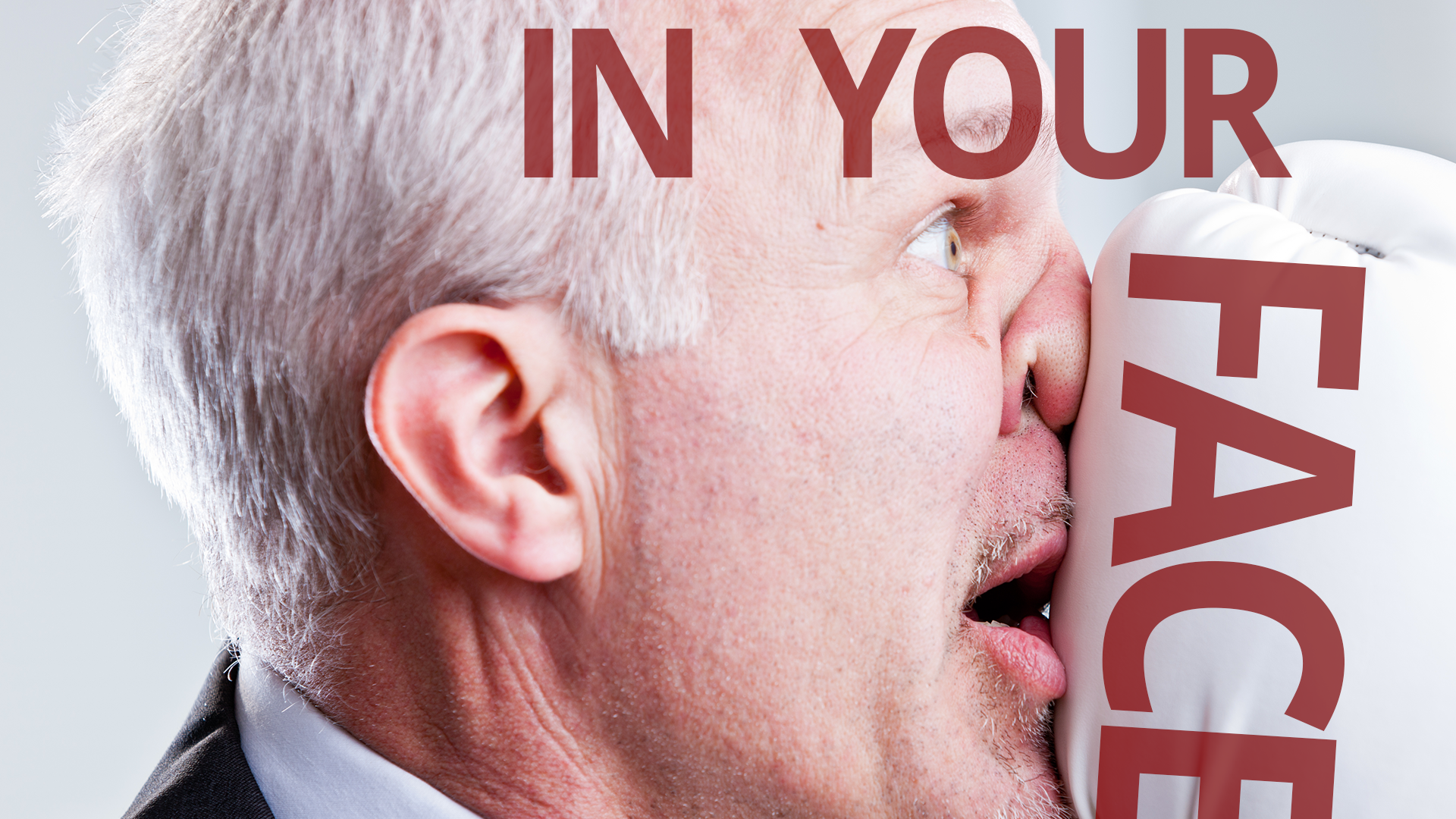 In Your Face
Stop the abuse!