Cupich Needs to Go Next

But he shouldn't be the last.

So as soon as Donald Wuerl has been dispatched, the next one who needs to "resign" is Blase Cupich of Chicago. Consider his track record in the short time he has been archbishop of Chicago.

First, the lies. He says he had no knowledge of former cardinal homosexual predator Theodore McCarrick lobbying Pope Francis for him to take over Chicago — right.

The gay kingmaker cardinal of America is personally lobbying for you with the Pope to take over one of the most powerful posts in the Church in America, and you have absolutely no idea whatsoever? Complete and utter surprise? And then, after the fact, you still had no idea — sure.

And then there's the whopper: "I had no idea. I knew nothing about McCarrick." As someone intimately tied into the whole dominant pro-gay world of the Church, not one person ever mentioned a single word to you about the notorious beach house? Seriously?

The entire malevolent clerical world knew about it. Multiple bishops that you run with knew about it. How could you possibly and credibly have not known about it? No one is buying your "I knew nothing" whopper.

Then there is your ridiculous claim that what's going on in the Church has nothing to do with homosexuality in the clergy. You claim it's just clericalism. Then, a few days after that stupid claim, two of your Chicagoland priests get caught "clericalizing" each other in a car in broad daylight on a street in Miami — a few yards away from a school, no less.

They were so actively engaged in "clerical matters" that the cop who arrested them said they didn't even notice him banging on the window to them. And then, it turns out one of them is not just any old priest in Chicago, but a pastor who is also on the marriage tribunal.

Good thing this whole crisis isn't a gay thing, right? Because just imagine how bad it would be if it was. The coup de grace, not just once, but twice, you insist Church leaders can't spend a lot of time on this crisis because we have very pressing matters to talk about, like the environment.

The first of your stupid comments you said to a Chicago TV station, and then you accused them of unfairly editing the interview, a claim which has been proven to be complete balderdash because they then posted the entire interview and publicly rebuked you, saying and showing that's exactly what you said and in context.

However, not content to let sleeping dogs remain snoring, you actually double down with your own seminarians just a few days ago and were once again destroyed and mocked on social media and Chicago secular media, telling the young men not to concentrate on this whole evil mess because, well, you know, there are plastic straws in the ocean.

In fact, your arrogance and stupidity has spread so far and wide at this point that the most notable accomplishment you have achieved is to have your name added to Urban Dictionary in what most would agree is a rather apropos definition.

Here, see for yourself. It says: Cupich — as in "that's a real Cupich": a remark unparallelled in its combined stupidity, arrogance and insensitivity. Did you really just say climate change was a bigger issue than sex abuse in the Church? You just pulled a Cupich!"

So here we have a situation where one of the most notable archdioceses in the country is headed by a cardinal who:

Yep, exactly the type of man you want to be a cardinal in the Church. There are reports already that brother bishops and cardinals have smartly backed away from him at various meetings and are isolating him. They want nothing to do with him.

They don't want to take even the chance of appearing in a photo with him — talk about a career ender.

And to show the depth of either his ignorance or gall or deceit — you choose — he made a comment that when the Illinois attorney general gets around to examine the files of the Chicago archdiocese like was done in Pennsylvania, she's not gonna find much. Is that supposed to be a punchline to a bad joke? Hey Cupich, we're talking about Chicago, here — Chicago: home to homosexualist Cardinal Bernardin's gay reign of terror over the U.S. Church; home to a clerical population that your own predecessor, Cdl. Francis George admitted in private was over one-third gay, at least.

Sure, Attorney General Lisa Madigan won't find anything — sure, unless you've ordered all the files shredded, she's going to turn up a whole lot of stuff on multiple priests sexually assaulting lots of boys and men — er, sorry, I mean "clericalizing" boys and men.

You should have the decency to resign. You and Wuerl and McCarrick can then go away somewhere and continue to plot your revolution. 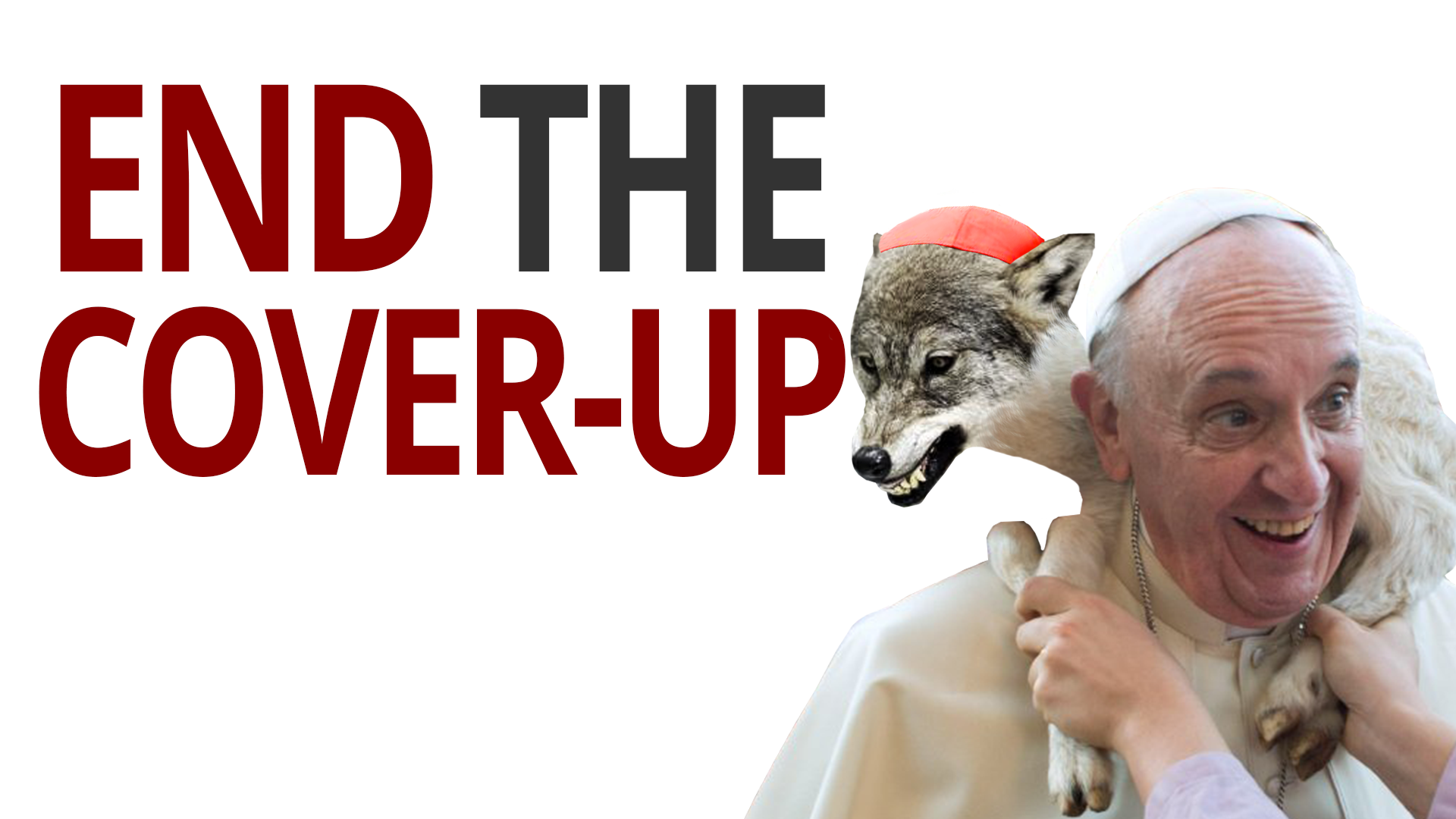 End the Cover-Up
Tell the truth.