Cuz My Bible Tells Me So

It's not enough to say, "Because the Bible says so."

Tomorrow, of course, is the 500th anniversary of arch-heretic, Catholic priest Martin Luther's revolt against the One True Church, which many Protestants are celebrating and all Catholics everywhere should be mourning. Unfortunately, not all Catholics are mourning. In fact, some are happy to celebrate the fact of the rending of Christianity.

In the continuing effort to pretend all that matters between Protestants and Catholics is what we have in common, many clerics, including bishops, keep refusing to talk about the essential differences. This is beyond uncharitable because people have a right to the Truth. Just as a patient has a right to hear the truthful diagnosis from his doctor, a soul has a right to hear the Truth about their potential spiritual condition.

Here's the bottom line. A soul who does not have access to the sacraments of the Church has a much more difficult time attaining salvation generally speaking. Salvation is only possible through the Catholic Church. There is no other way to be saved other than through the Catholic Church. Jesus Christ did not establish multiple churches. He established one Church and one Church alone whether non-Catholics understand or accept that truth or not.

A person, for example, who is one of the 40,000 denominations of Protestantism who ends up saved is not saved because of being Protestant but in spite of it. Yet, as we peruse the landscape of Protestantism today on the eve of its 500th anniversary, we see nothing but chaos among the various sects. And since Martin Luther is the one who jump-started the whole scene, it's not a bad place to begin to understand the chaos.

Luther eventually came to reject, re-fashion or re-interpret almost every teaching of the Church. And having done so, what he actually did was reject the authority of the Catholic Church. That created the problem of where does the final authority lie? After his rampage through the sacred, the only thing left for Luther to appeal to was Sacred Scripture and hence the Latin phrase, Sola Scriptura, Scripture alone.

So, Luther placed the Bible over every other thing, elevating it to almost the same level as God. Interestingly, however, he also could not keep his destructive hands off it either. He completely threw out seven books of the Old Testament, as well as parts of two other books. He was going to rip apart the New Testament, as well, ripping out Revelation and the Epistle of St. James but even his own followers told him that was a bridge too far.

However, in his original German translation, he did add the word "alone" to St. Paul's letter to the Romans to say that man is justified by faith alone, thereby completely contradicting St. James who explicitly says we are not saved by faith alone. But all of this is said to simply point out that since Protestantism bases itself on Scripture and Scripture alone for that point, it is well worth understanding where the Scriptures came from.

That's why Church Militant and St. Michael's Media produced our kit on this — Where Did The Bible Come From? It's a 3-DVD set, complete with the second edition of a book with more details and history on this pressing and relevant questions, as well as an updated timeline showing the progress — writing, compiling, canonizing, translations and production of the Scriptures relative to other events in world history. It's available by just clicking on the link.

And here are some salient points to consider for Catholics who did not know much of this or for any Protestants who are in a religion of the Book. First, Jesus never instructed his followers to write anything down. Second, aside from writing in the sand something which we don't know for certain what he wrote, Jesus never wrote anything down that we know of. Third, not one book in the Bible claims of itself to be inspired by God. Fourth, nowhere in Scripture is a list provided of what books should be in the Bible. Fifth, the Bible is not self-interpreting which means someone outside the Bible, a separate authority, must interpret it.

Those are just some of the points covered in our WDTBCF? Series, and they are honest questions and topics that need to be asked and understood. Just where did the Bible come from? The answer to that question is more important than what this passage or that passage says. Protestants, as well as poorly formed Catholics, cannot look to just a book for questions about eternal life when they have no idea where that book comes from and how we know it's inspired. The Bible doesn't say where it comes from nor does it claim to be inspired. So before people start making those claims, perhaps they need to explore those topics. That's why we produced this splendid series — so you can better understand this most important topic. Again, please feel free to just click on the link and order yours today. 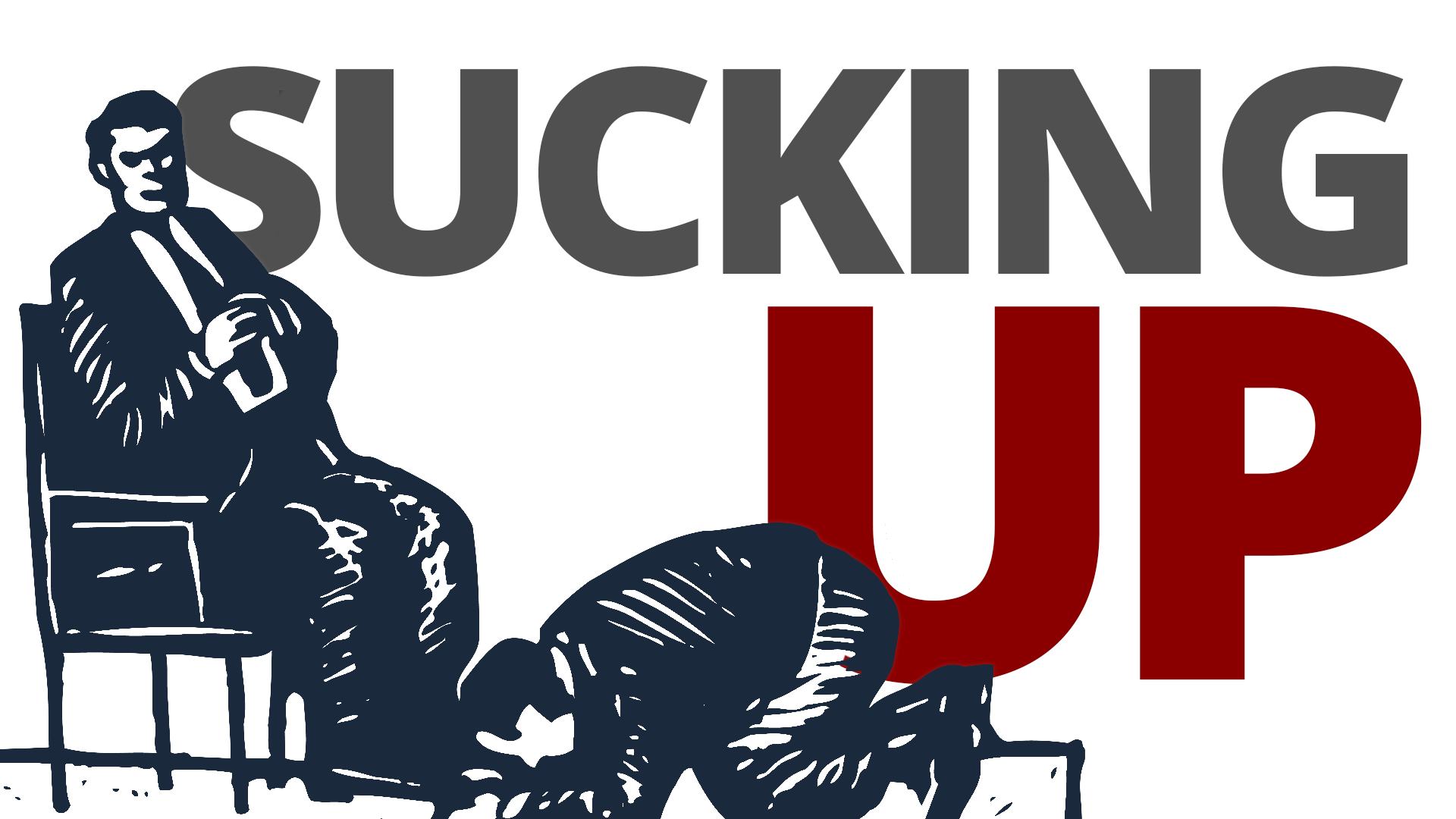 Sucking Up
Thank God it's at least officially over.