Little has changed in the fight between good and evil.

On this day, 73 years ago, tens of thousands of brave young men stormed the five beaches of Normandy, France, to open up a second front in the Allied assault against Hitler's Fortress Europa. Operation Overlord, as it was code-named, cost the lives of close to 2,500 young American fighting men, according to most recent figures. A cemetery just behind the beaches is the final resting place for those who paid the highest price for the freedom of others. Grant them eternal rest, O Lord.

The opposition from the entrenched Nazi forces they faced was formidable. Hitler had built a series of massive fortifications all along occupied Europe's northwest frontier. The building of it — as the installation of the most sophisticated defensive weapons of the time — was overseen in part by General Erwin Rommel, the Desert Fox. It was designed specifically to hurl back into the ocean any Allied amphibious attack.

D-Day was the absolute gamble by the Allies. A loss at Normandy would have meant a loss of the war, and sometimes in war, an all-out, everything-in, win-or-lose situation is called for. So it's fitting on this D-Day to understand what's going on in the culture right now.

It was quite the lesson, not to mention fun, in watching their shellshocked faces and inability to describe what had happened on election night as one battleground state after another fell for Trump. The so-called "Blue Wall," which of course could be likened to Hitler's Fortress Europa, was supposed to be impregnable. Nothing could breach that wall.

Behind it sat Nazi-occupied Europe with its destruction of humanity and the Nazi elites who had engineered one of the most murderous and terrorist regimes in human history. But the same is true of the "Blue Wall" that the Party of Death had constructed. Behind that political wall sat an empire of evil responsible for the deaths of tens of millions of preborn Americans; the obliteration of the traditional family; the destruction of masculinity; the conquest of Black society's former deep spirituality.

When the German forces launched their blitzkrieg and poured across the borders of one European country after another in the years between 1939 and 1942, they set up a system of horror that made the conquered peoples subservients of the state. The Third Reich had introduced what its propaganda machine called a New World Order. Unsurprising then that people with the same sort of evil designs on humanity would do the same thing.

For decades, various elites, some of them from within the Catholic Church, have been banding together and seeking ways to impose their vision of a new humanity on the world. Today, we call them globalists, and they suffered a mauling in the 2016 elections, just as the Nazis did in Normandy. But the Nazis did not stay on the mat for very long. After their recovery from D-Day, they kept counter-attacking and launching precision strikes that stunned British forces near the town of Caen just two weeks after D-Day. They were able to collect themselves rapidly and execute a plan, which would delay the war in Europe for almost another full year with tens of thousands of Allied fighters killed.

We see the same thing happening now in the culture wars, which regardless of what Freemasonry-friendly Vatican operatives tell you, is still very much engaged. This is what we are witnessing from the institutional Left with the hysteria over Trump pulling out of the Paris Climate Accord — the seas will rise, people will die by the millions, countries will be wiped off the earth. Please. Never mind that many of these same leftist elites had given the same treaty a thumbs down when it was agreed to back in 2015.

And then we have the fall-out from the Kathy Griffin ISIS-style photo, where it's clear that something is mentally disturbed in the minds of the Left. Imagine how depraved and desperate the climate on the Left has to be to have one of its leading personalities actually think about, plan, shoot and then release to the public that image, then sort of apologize, then withdraw the apology and paint herself as the victim.

But this is liberal lunacy full tilt. What about the various Christian martyrs who had their heads carved from their bodies and displayed by ISIS? What about Wall Street Journal reporter Daniel Pearl or journalists James Foley and Steven Sotloff — all of whose executions by beheading were shown on the internet? See, the Left has no conscience, no ability to moderate itself, because for them, there is nothing but this world. There is no next world, so everything they have is thrown into this war. And they are relentless in pursuing their worldview, doing everything they can, using any means they can think of to ensure victory.

Lies, distortions, media manipulation, anything goes, because for them, like the Nazis, all that matters is the establishment of their New World Order, where the value of human life is granted by the state. That's what the completely unhinged reaction is all about with the Climate Change Treaty being dumped by Trump. If Hillary had won, a treaty that many Lefties hated would have passed into reality, and there wouldn't have been one word of protest from them.

And that's because for the Left, it's all about media and politics. Use the media to propagandize the people and then use the masses to threaten the politicians who bring about the globalist plan. Hillary's non-stop whining about why she lost, blaming now even the Democratic National Committee is all part of this great counter-offensive — Russia, Russia, Russia.

In one way, it's fitting that Griffin displayed the severed doll head of Trump. He represents for the Left everything they have worked decades to fight against. This loathing of theirs for morality and values has always been there. It's just now on full display. Imagine, and say a prayer of gratitude to the Queen of Heaven that Hillary did not win.

We have been given a reprieve. We need to fight back — to resist — with greater intensity than the Left fights with. Grab your Rosaries and stay plugged into the fight. 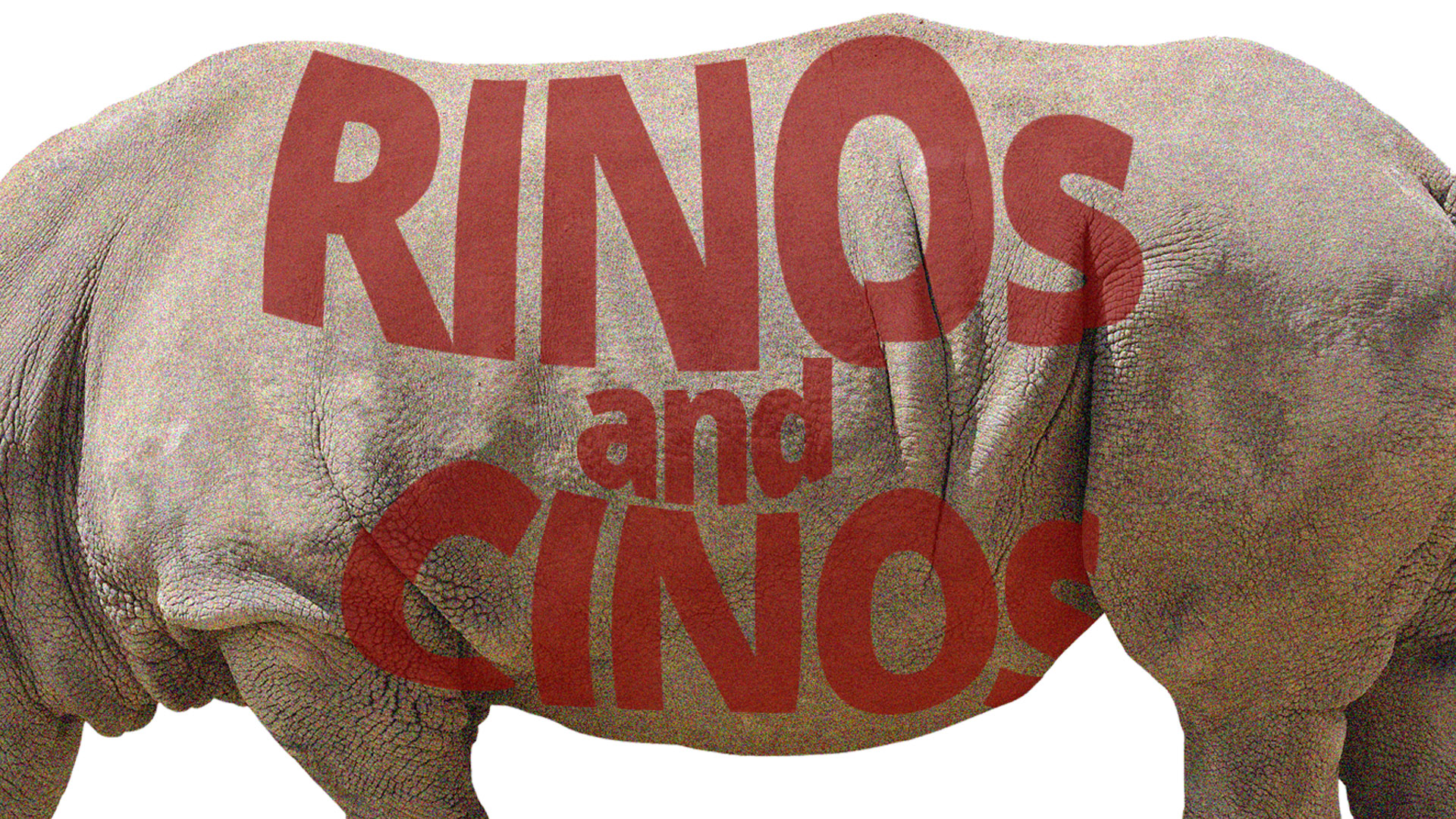 RINOs and CINOs
They're made for each other.