What a prize it is to have a killer father.

May 21, 2018  0
Podcast Available for Premium Subscribers

With the approach of Father's Day, we wanted to reach out on the subject of masculinity — manhood. The culture has denuded the concept of masculinity. It has robbed most young men of any living memory of what manhood is really all about, and for Catholic men in particular to have fallen prey to the notion of "toxic masculinity" is to bring about the end of civilization. There is a toxic masculinity and we see it evidenced in gangs and Hollywood role models of violent sexually-aggressive males and arrogant professional athletes who think the sun rises and sets in their physical prowess.

But radical feminists have seen fit to lump anything and everything that is authentically masculine into the category of "Toxic Masculinity." Funny how they miss that they themselves are prime examples of toxic feminism, but that's another topic. Manhood — which is properly ordered to protection through sacrifice — requires all those qualities of authentic masculinity: discipline, strength, focus, drive, persistence, comradery, obedience, self-control. Manhood is all about protecting the weak, making those in our care safe. Men provide safety and security and they do this at the cost of themselves.

In short: real men are tough, first with themselves.

They aren't self-indulgent cry babies. They die to protect and defend the community. In the natural order, this has most often been evidenced historically in the fact that men go to war. They are more physically equipped for it than women. And that’s not discrimination. It’s just a fact, even if there might be a rare exception here and there. But you don’t build the defense of an entire nation around exceptions.

All of this twisted thinking about toxic masculinity being the same as manhood has infiltrated deeply into the thinking of Church leaders these days, and they are wrong. Catholic men — real men — are the pressing need for the Church right now, at this moment in history. In truth that is always the case, but some moments in our sacred history are more urgent that others and, behold, we are in one of those moments.

So what is a Catholic man?

Well, manhood, as we said, is about providing safety and security to those we love and care about. That is manhood on the natural level. And please note that even the most committed atheist can be a spectacular father on the mere natural level. He can hold down three jobs, deprive himself of sleep, work seven days a week, find time to teach his boys manners and civility and go to their sporting events. That is natural virtue — and recall, the 'vir' in virtue is Latin for man, as in male. But when we introduce the Catholic aspect of manhood into the manhood definition, things become greatly elevated.

My first concern, as a Catholic man, is that you get to Heaven because the Catholic man is both supernatural as well as natural. He exercises his virtue on two different planes at the same time. He protects your body, but he most importantly protects your soul. Both matter. One matters more — much more. In order to be an authentically Catholic man, the man must be above all a man of prayer. All authentic manhood is derived from God and the loving example of the Father — the first person of the Blessed Trinity — whose first, but not only, concern for us is our soul.

But remember His Divine Son, who, out of love and protection and safety for us, He did not spare, gave us a glimpse and revealed that His concern for us is so manifold that even every hair of your head is counted by Him. Prayer is relationship to God. It's all we will do in eternity, please God, be in perfect relationship with God, known completely by Him and knowing that we are completely known by Him.

This is the example of the Father to us. So authentic Catholic men are men of prayer because that is, when the final guns go off, being in closest relation to God, which is the perfect definition of Heaven. So men who do not pray — or pray a little — can never be authentically Catholic men. They might begin to approach that goal. They will never embrace it into themselves.

But now we encounter a problem. For too long, men have stayed somewhat out of touch with religion and prayer, at least on a regular basis. It's viewed, if even subconsciously, as women's work. Church and the parish, etc., being somehow relegated to the haunt of the feminine. Given the dismal state of most parishes these days, that's not a totally unjustified opinion, but it is still incorrect. The Eternal Logos, the Second Person of the Blessed Trinity, came to earth and assumed the flesh of, not just humanity, not just mankind, but of a male — a flesh and blood body of a man.

And allow us to suggest that a perfect prayer for men is: the Rosary. It takes discipline. It takes focus. It takes exercising will power. It needs sheer force to form the habit. It requires sacrifice, concentration and dedication — in short, all the qualities that make a man, a man; a Catholic man.

The Holy Rosary is anything but feminine. Most of the great saints and holy men of the past nearly thousand years prayed it incessantly — giant men, warriors of the faith. It is precisely why I wrote the book The Weapon — to dispel the notion quietly residing in many guys' minds that the Rosary is more of a girl thing.

Not sure why that thought is there, but there seems to be some reality to it. It's why Catholics always talk about the "little old ladies in the back of the Church" saying the Rosary. That is just wrong. The Rosary is a weapon, a deadly weapon to Satan.

Dads praying the Rosary are killer dads, deadly dads to the sworn enemy of their families: the serpent. It's a Gatling gun lighting up the diabolical with a ferocious incoming assault — the ammo clip being provided by our 12-star general, the Mother of God, who commands that this be prayed. To rattle men's cages and wake them up to the need to become warriors, soldiers, militants literally armed with their Rosary weapons, we are making a special offer for Father's Day.

From now until Father's Day, we are making The Weapon available for just $15 — two for $25 if you have more than one man in your life who needs to step it up. Inside these pages, you will find a different approach to the Rosary than you normally see. We call out the spiritual combat, the war present in every single mystery. And believe me, every mystery is strewn with spiritual combat.

In fact, that's the point of the Rosary: to awaken within us, especially men. Our high calling to turn and concentrate our male powers, elevated by grace, on the enemy of our loved ones.

How do we rightly defend their souls? By embracing the war and the sacrifice needed to fight it.

Please click on the link, order your copy or copies today and ask your dad, husband, son, brother, uncle, to embrace the battle for your sake.

Authentic manhood is ordered to holiness. There are very few more sure fire ways to holiness than the Holy Rosary. 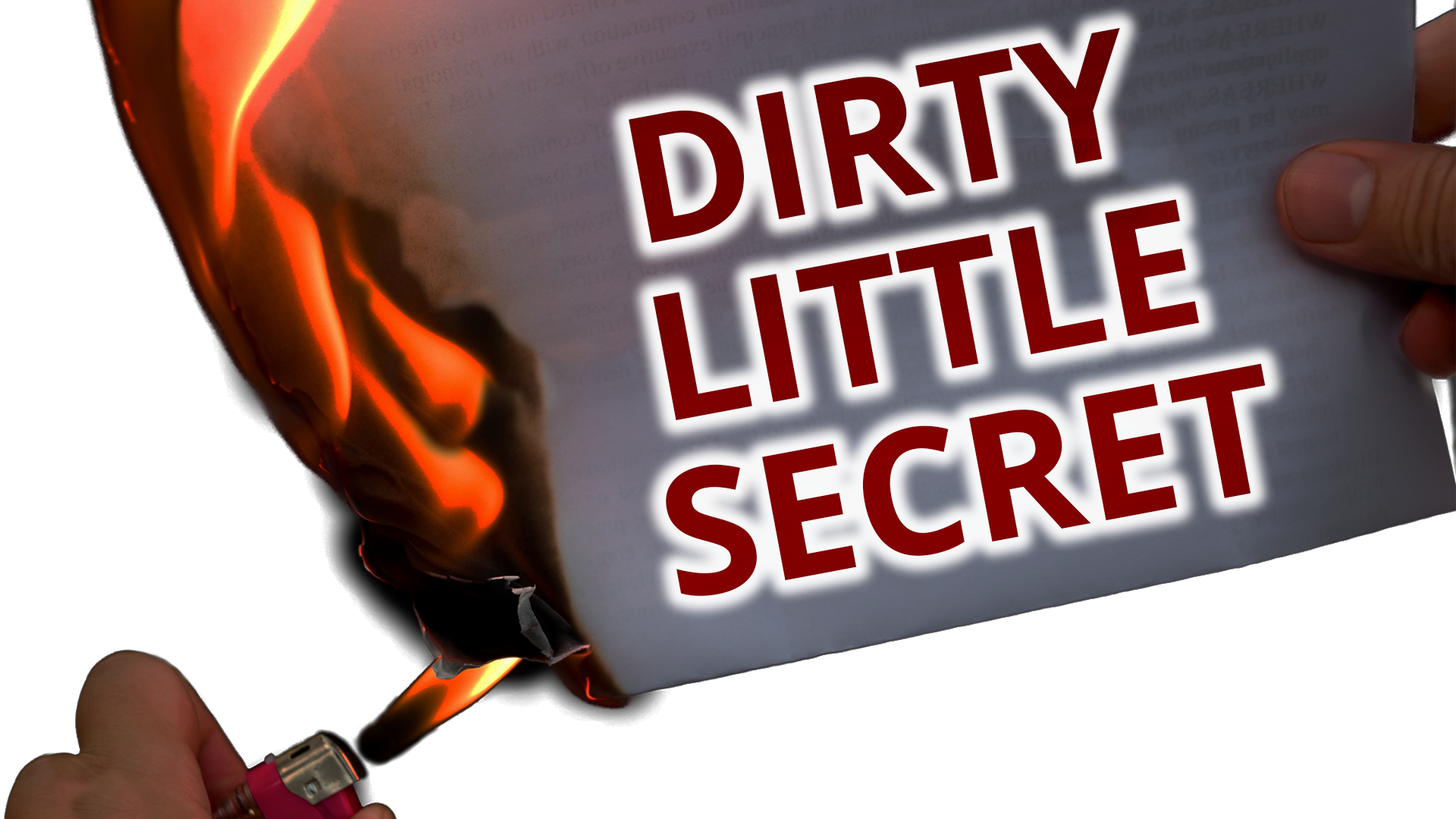 Dirty Little Secret
That no one wants to talk about, but everyone knows.