May 2, 2018  0
Podcast Available for Premium Subscribers

The Church in America is doing splendidly — never been better, excelling everywhere, burgeoning at the seams, reason for great hope. Or as New York's Cdl. Timothy Cardinal Dolan so perfectly laid it out at the press conference back in 2010 when he was elected president of the U.S. bishops' conference, "It's not like we're in a crisis."

Yes, see, no crisis here, His Eminence even has said so, which begs the question, precisely what  does Dolan think actually constitutes a crisis? And further, if there's no crisis, then why is Cdl. Dolan shaking down the flock in New York for $200 million or the archbishop of Detroit, after having soaked the sheep for $130 million in a recently wrapped up finance campaign, now preparing another campaign for an additional $200 million? Sources close to the archdiocese of Detroit tell Church Militant that some of Abp. Allen Vigneron's closest allies actually wanted to unveil it this year but top brass thought it might appear too greedy after just wrapping up the previous campaign, uh, you think?

Then there is the still-secret plan in Abp. Jose Gomez's  Los Angeles archdiocese to unleash a half a billion dollar campaign on the unknowing faithful in Southern California — that's right, a $500 million shakedown of the faithful. In truth, there are many of these massive war chest gathering initiatives going on all over the country — money and power grabs before old Catholics die off and leave their bucks to their children who could give a hoot about the Church and will not share their inheritances with what they see as irrelevant bishops. The Los Angeles half-billion shakedown was revealed to us by sources in the archdiocese who are disgusted with the plans, again, not yet made public. But, wait for it ... and when these planned money grabs are eventually made public, they will come adorned with scriptural and mystical sounding names, upbeat sounding themes designed to make you think, well ... there's no crisis. For example, Detroit has a zippy sounding plan called "Unleash the Gospel," as though it has ever been leashed up to begin within, and if it was leashed in Detroit have those who were responsible for tying it up been kicked out, otherwise, why throw good money after bad?

Practically every diocese in the country is doing two things right now — grabbing money and closing parishes. Often the plans are related to each other and get great marketing names, which stands to reason because local bishops are calling in Madison Avenue-style marketing firms and giving them 10 percent of everything collected to assess the decline, draw up a list of parishes to annihilate and squeeze every dime out of you possible. And, yes, you heard that correctly — 10 percent! When you are collectively dealing with billions of dollars, 10 percent is quite the haul.

Newsflash to those looking for easy work and high pay — convince a few bishops that you know exactly how to manage the decline they have caused and get them as much money as possible at the same time, all the while, clustering as many parishes as possible. So, the companies draw up their campaign names, and print up cool flyers and glossy folders and produce a video or two to show parishioners sitting in Mass. In short, they roll out a phase-by-phase plan to get your money and build the parish hit list which thanks to generations of bad bishoping, is a reality. But don't think for a moment that the financial aspect of which parishes to close is not the sole factor in which ones get shut down. It most certainly is.

Here's a partial list of some campaign names dreamed up by deceptive advertising marketing firms paid 10 percent to come up with them or by chancery personnel:

The Church is being run like a business and a poorly run business at that. Hundreds of parish closings have been announced around the country and after these huge sums of money have been collected, you can bet the same storyline will play itself out again after this crop of bishops has moved on to retirement with nice pensions and healthcare packages no doubt, partially funded of course form these collections.

All of this has happened for the one solitary reason that leaders in the Church have abandoned the faith, the authentic practice of it, the teaching of it, the preaching of it, the boldness of it and have sunk to the depths of being Church of Nice social justice warriors who long ago checked their supernatural faith at the door. And now the obvious is happening. You can run, for a while, but you can't hide forever. The jig is up.

It's no longer possible to play "kick the can down the road" because the bishops have come to the end of the road. In diocese after diocese, the numbers of Catholics "on the books," doesn't even come close to the actual number who believe and practice the Faith. Take the diocese of Saginaw, Michigan, with its exploding scandal of sex abuse by the highest ranking clerical staff — a diocese that rumor has it may not have to worry about marketing campaigns with phony names because the diocese may very well be on the road to actually being suppressed and absorbed into already existing dioceses nearby. Private diocesan numbers in Saginaw indicate that of the 80,000-plus Catholics on the rolls, only roughly 20,000 ever darken the door of a parish.

But Saginaw isn't alone in this. Detroit Abp. Allen Vigneron, at his press conference a couple years back saying he was really going to shake things up, admitted that only about 15 percent of the Catholics in his archdiocese have any real relationship to the Church. You'd figure that at some point these men would want to fix this, if not for love of God, then out of sheer embarrassment.

Is there a marketing firm someone can hire to help with "embarrassment alleviation" and load it up with inside corporate jargon? If so, perhaps they can be negotiated down to a commission lower than 10 percent. 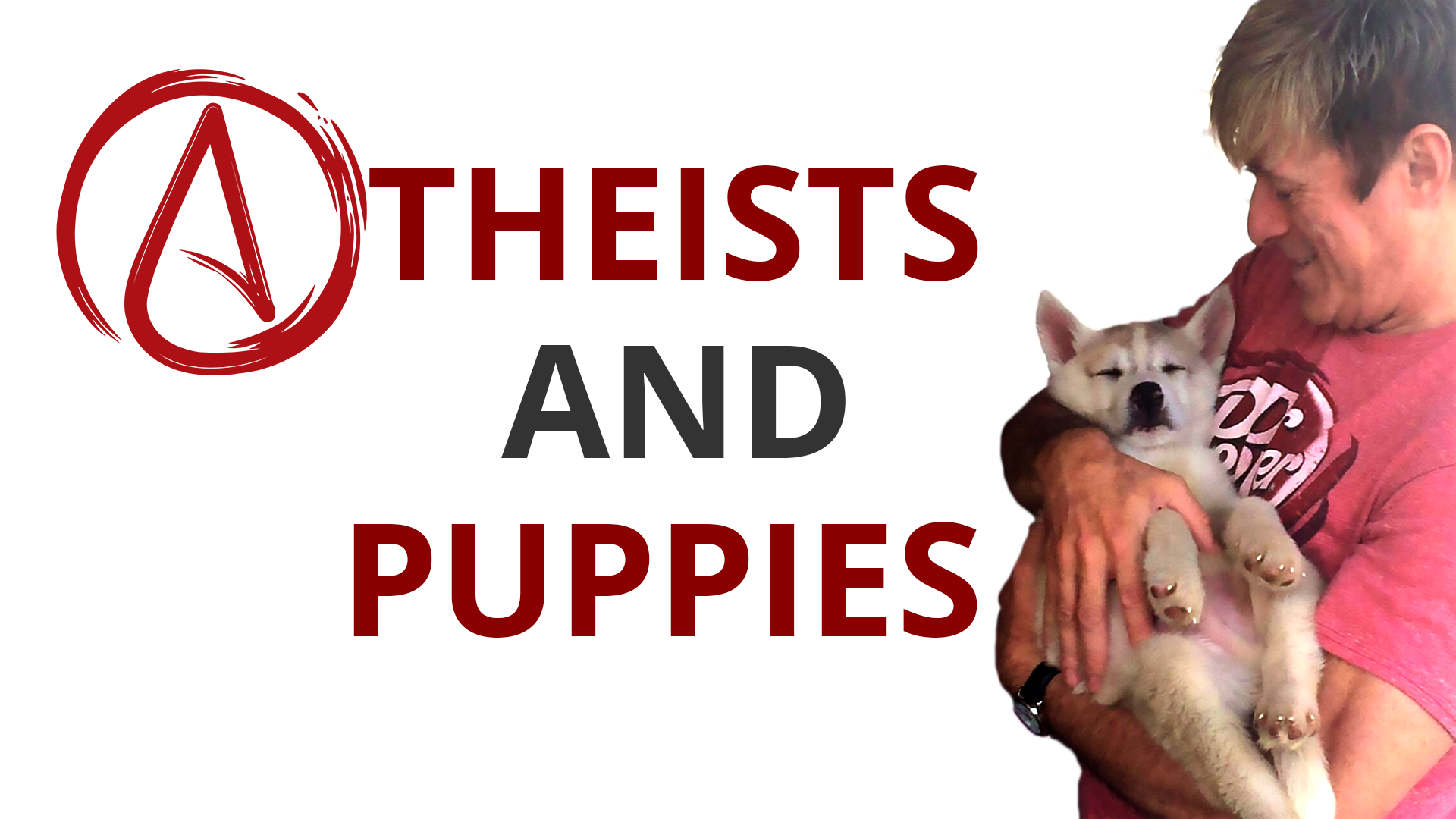 Atheists and Puppies
One puts the other to shame.