And getting dirtier every day.

If you've been following along in the saga of the archdiocese of Detroit and Abp. Allen Vigneron's abuse of justice in the case of Fr. Eduard Perrone, then you probably know that they keep losing in court. And they keep losing in part because they keep playing this little technical, picayune, legal game.

When the judge ordered them last Friday to turn over the file, a file which most likely exonerates persecuted priest Fr. Eduard Perrone, the archdiocese lawyers filed a motion playing word games. The judge turned around, probably ticked off at the wordsmithing, and issued this on Monday — another order for the AoD to turn over that file.

Judge Hathaway apparently is not happy, and she shouldn't be. In fact, no one anywhere close to this case is happy about it because they have begun to see what Church Militant has been saying all along: A good priest is being railroaded by a crooked chancery, headed up by an archbishop who likes to sit back and play it cool, making the calls and letting others fire them. And they are losing badly.

It needs to end. Now.

The reputation of the Church means nothing to these men, Abp. Vigneron and his hitman Msgr. Michael Bugarin. There's no conceivable way in their heart of hearts, for example, that the attorneys for Vigneron think what he's doing is right. They're doing it because he's the client, like most lawyers do, because that's their job.

But as just human beings, what kind of opinion of the Church, the Faith established by the Son of God, can these men have when these duplicitous bishops and chancery rats carry on like this? The lawyers for Vigneron know what he's trying to keep from the public; they know the contents of the file. And as we told you the other day, Church Militant — because we know who the alleged victim is and have spoken with people close to him — we know what's in that file as well, or at least a good portion of it.

So the lawyers know what we know — that this supposed victim, the accuser, doesn't even believe this fabrication himself and that he was bullied by AoD investigators in the presence of Bugarin into saying something happened, and later on actually backpedaled and said it didn't. Bugarin and the investigator actually tried to convince him that he had been raped, and he said no, it didn't happen.

No wonder the AoD wants that file kept under wraps.

But again, what about Vigneron's attorneys? They are human beings before they are lawyers. Vigneron doesn't get a pass in subjecting their consciences to this quandary just because it's some legal proceeding. The nation's leading proponent of making a "joyful band of missionary disciples" apparently thinks he gets to take time off from that silly-worded goal when it comes to his attorneys.

The reason we are talking about this disgrace of Detroit again is because we want you to understand that this is how business is done all over the Church: Crooked, duplicitous bishops yammering on about "transparency" and being "joyful disciples," when in reality, behind closed doors, they run the Church like a mafia syndicate and don't care about the souls around them who know the actual truth.

They run the Church like a mafia syndicate and don't care about the souls around them who know the actual truth.

Do they begin their meeting with attorneys with a prayer that the truth emerge and justice be done? Or do they get right down to business as usual — dirty business — and figure out how to screw over the opposition, even when the opposition is one of their own priests?

And of course, they rationalize everything they do under the cloak of "protecting the Church, preventing scandal."

Hypocrites. They don't seem to have any qualms about promoting scandal among those inside those private meetings. What do secretaries in the chanceries think of all these kinds of things? It was precisely the lies and chancery in the diocese of Buffalo that drove Siobhan O'Connor to go public about the lying, cheating Bp. Richard Malone.

The reality is that while there is a very public face to all this, there is also a very private dynamic at play as well. Those on the inside — attorneys, chancery personnel, wrongly accused, stenographers, those who are doing the physical typing of the transcripts that go in the file — loads of people know how corrupt and duplicitous Church leaders run the day-to-day business affairs, lying, cheating, legal maneuvering to cover up the truth — all at the archbishop's bidding.

What about the souls of those people? How can they not be affected by all this? Professionally they are sworn to secrecy, but as human beings, they still have their own thoughts. Do they go home each night and take long hot showers? Do they use disinfectant?

This is a dirty business — revolting, truthfully. And every last bit of it is brought to you by the prelates of the Church who are consumed with their own lust for power or money or reputation or all the above. This is how they run the Church, and you need to understand that. Don't believe for one second those sappy, syruppy, phony videos they send out to leech millions from you for "care of the Church."

They have no care or love for the Church. If they did, they would stop dead in their tracks, take ownership of their filthy deeds and begin dealing in truth. However, truth is a concept that has become fuzzy and blurred in their minds, but gaming the legal system is a concept they have complete and total grasp of.

The Fr. Perrone file is not all that different than hundreds of other files bishops all over the country, indeed, all over the Church, have hidden away, full of information proving their evil deeds. These hypocrites are nauseating, and they are reaping the rewards of their foulness.

And the very sad part of all this: Their losses in court, strings of losses, will not be able to hold a candle to the loss they will experience in the court of Divine Judgment when they die.

And they just don't care. 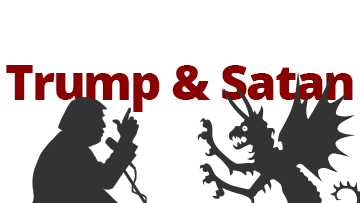