That no one wants to talk about, but everyone knows.

May 18, 2018  0
Podcast Available for Premium Subscribers

So the Catholic Church in America has a dirty little secret it doesn't really want to know. It's this— how many people who convert to Catholicism through RCIA actually remain practicing Catholics? In short, just how good is the RCIA thing in making people saints? Becoming a saint or at least striving for sainthood is the heart of the Church's mission. If that is not happening then the parish and diocese are failing in its mission.

Here's what needs to be looked at carefully and called into question: The devastation to the Faith that has occurred over the past 50 years is finally having to be dealt with honestly as bishops all over the country close down parishes and schools etc. They can no longer deny that their actions or inaction have wrought destruction on a scale never before seen. So a good number of bishops have implemented various programs to try and stem the flow out of the Church. By far and away, the vast majority of these efforts encompass some sort of watering down of the Faith to make it more palatable to non-Catholics or poorly educated Catholics in an effort to get them to return.

They call it "pre-evangelization," as in get em' in the Church before you can preach em' the Gospel. Problem is, often times, when they do have some marginal success in getting them in the Church, they often times never get around to really preaching. And here's where the dirty little secret comes in — loads of these new people end up leaving cuz' all they are getting is the meringue and no substance. Since no one keeps any official track of these numbers, it's anyone's guess, but informal discussions with various people in the Church who touch all this on a daily basis suggest that as many as 50 percent of RCIA converts leave after the first year and as high as 75 percent have left after five years. Again, there's no way to verify those numbers with scientific certainty, but they can't be that wrong given the reality of how much the Church is atrophying in the U.S.

One out of every eight Americans walking around is a former Catholic and 50 percent of all baptized Catholics in America have left the Faith. There is no way that RCIA is being successful in keeping new Catholics, Catholic, in the face of those known statistics. You can understand why no bishop or the national conference of bishops really want to dig down deep and discover the truth of RCIA success. It would just be further confirmation that their efforts have been and continue to be an epic fail and who wants to deal with that? But that is exactly what needs to be dealt with.

All this blather and cheerleading for "pre-evangelization" like Alpha and a dozen other programs, in the end, accomplishes very little and in some cases is actually hastening the decline because of the long-term, knock-on effect of the failure. Consider if, and this is a big if, if a local parish or diocese has some success in getting people into an RCIA program and then because of the watered down or even anti-Catholic stuff they hear there, eventually leave the Faith, now you have produced a corrupted Catholic — a person who can say, "I went through RCIA, I know what I'm talking about and the Catholicism isn't that different from anything else."

Statistics bear out, in fact, that 50 percent of Catholic who leave the Church go on to no religion and what a sad commentary that the last official exposure the "religion" which they no longer have an interest in was Catholicism. Getting people into a "listening session" or to a "come and see" night at the parish may as well not be done at all if the end result is going to be "come and see and reject."

Church leaders are setting themselves up for a massive failure down the road because they are cooking the books. Each year, every parish and diocese reports and records their numbers of baptisms and conversions to national headquarters and all that information is gathered together in what's called The Kennedy Directory, but it is full of inaccuracies. It records baptisms, but nowhere does it track those who leave the Church, so the number of total Catholics is essentially meaningless.

Right now, the latest numbers show roughly 70 million Catholics in the U.S. But that is nowhere near as reflective of the actual number who embrace and live the Faith. We know, we all know, that number is nowhere near 70 million. It's much closer to around 7 million. We know 35 million have left the Faith. So the number is absolutely inaccurate by at least half. We also know that of the remaining 50 percent, at least half of them do not go to Mass each week, so that's another slash of 25 percent, meaning the real number of total Catholics is no higher than about 17–18 million, not the vastly overstated number of 70 million. Various bishops and dioceses around the country may not have run the actual number on all this, but they know with certainty, this is true. They live in this world everyday. Fewer and fewer Catholics means, among other things, declining revenues. And whatever they may know, they do know that.

So how is this happening? How is it with all the "pre-evangelization" programs, which have enjoyed at least a limited success in getting some people's attention, that all that effort isn't contributing to any kind of turnaround? Allow us to posit that no turnaround is happening because RCIA, Alpha, "Come and See," "Gather us In," "Joyful Bands of Missionary Disciples" — that sounds so gay — and all that marketing hoopla is not faithful to authentic Catholicism. They still concentrate on the subjective experience and emotions and personal-based language that the rest of the world also traffics in. Catholicism has not set itself apart from the world but has rather tried to baptize the attitudes and approaches of the world and it has failed.

Catholicism presents nothing unique under its current presentation. There are a million reasons why, and those are all subjects of many other Vortex episodes, but suffice to say, it's true. Church leaders are embarrassed by the Faith. They have not tried to distinguish it from the world, and when it comes to effectively out-marketing the world with its billions and one distractions from the spiritual life, you ain't gonna' win that battle.

Unless and until the authentic faith is presented, taught and insisted on, there will be no rescuing of a failing Church, whose leaders appear to be completely tone-deaf or have no desire to do the heavy lifting required to turn this around. We must do our part — those of us who know the truth, the whole truth. We must do our part and do it now. We will answer to Our Blessed Lord for not loving souls enough if we don't get in the game. 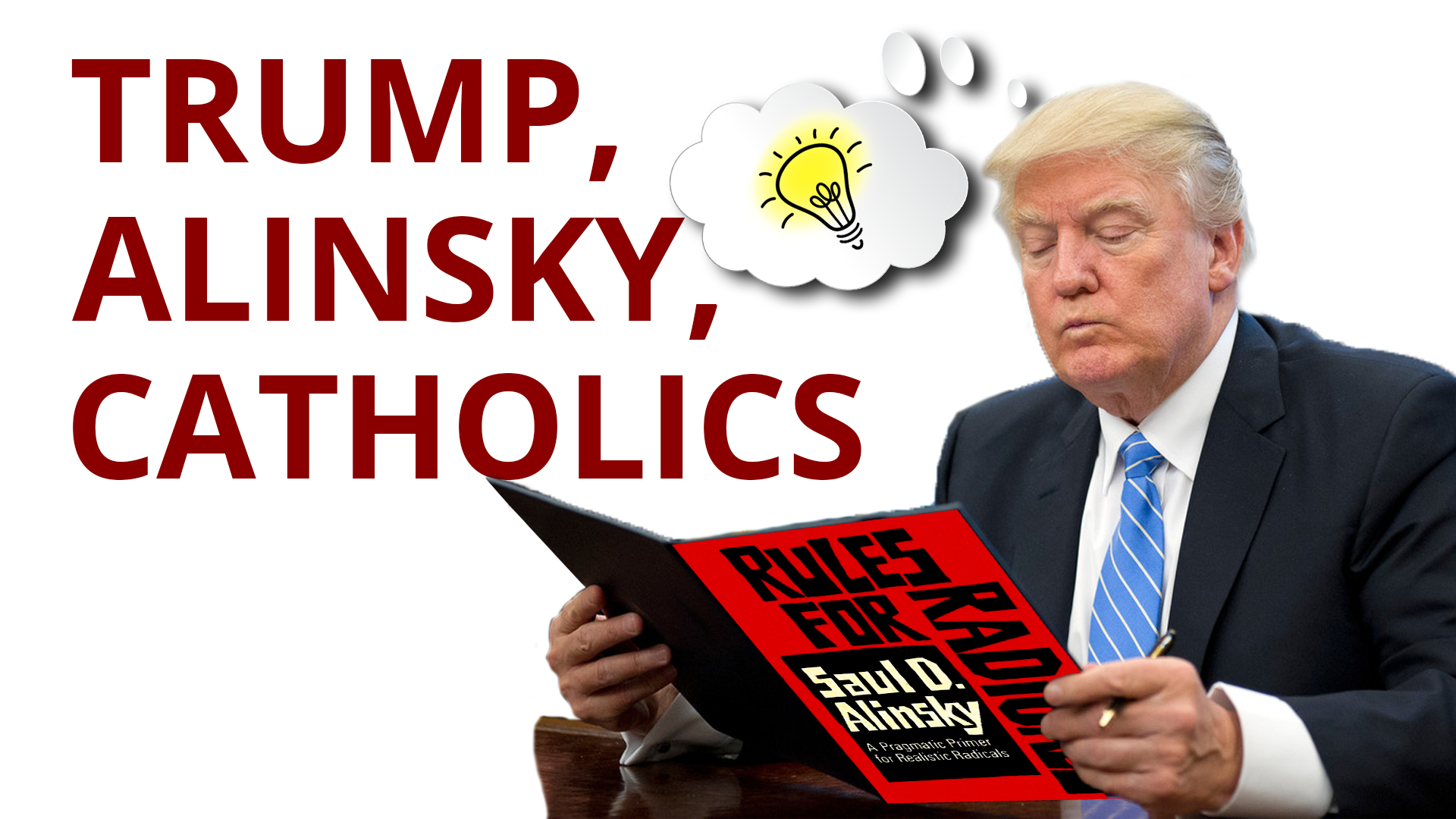