It's how the Church of Nice makes its living.

The Church of Nice, which is the controlling entity today in the Church, speaking from a human level, is completely off the mark. All the talk we hear today from these quarters is about joy and emotion and going out to the peripheries and accompanying and having encounters. These are all the euphemisms and mechanisms for the so-called New Evangelization; and there is a foundational problem here with this whole effort, a philosophical issue. And this is it — there is a presumption that what needs to be done first is evangelization and the importance of catechesis is just skipped over. The Great Commision from Our Lord to His Church was to make disciples of all nations, "Teach them to observe everything I have commanded you."

The commission to convert the world was not one based on emotion and feelings. It was pure and simple a divine mandate to teach, which means presenting something to the intellect so it can apprehend it. And not just teach, but to teach everything. A great whitewashing or perhaps, better, a great morphing of the Great Commission has happened in the Church of Nice. The teaching of authentic Catholic doctrine  —catechesis in its fullness — is downplayed and substituted for the best way to make people feel about being curious about the Faith. It is excused as "we can't tell them everything right at once."

On the one hand, sometimes things do have to be presented in a systematic way, step by step. But that doesn't mean you just never get to the teaching in its fullness — again, the fullness and just make people feel good about Jesus and kind of "ease" their way into the Church based on emotions. If they aren't "easing" into the the Church in its completeness, they aren't really entering into the Church in a significant way.

In fact, listen to the words that a baptised convert says publicly when coming into the fullness of the Faith, "I believe and profess all that the holy Catholic Church believes, teaches and proclaims to be revealed by God." Notice the word "all" and the verb "teaches." There is no wiggle room there. None whatsoever. And notice the absence of any terms like joy, accompaniment, encounter. Those are terms the Church of Nice likes to apply to evangelization efforts. But notice, when someone comes into the Church, it is matter of the intellect and the will, not emotion.

This over-emphasis on emotion, to the neglect of the intellect is what will prevent any rebuilding of the Church. For someone to die as a martyr is an act of the will, born from the certain knowledge that Jesus Christ is King. The motivation for martyrdom is not born from an emotion — ever. Love is not an emotion. It is an exercise in the act of the will, again, nothing to do with emotion. A person may have an emotional response after the intellect has decided and the will has chosen, but emotion comes last in that trilogy.

See here's what's going on, really going on with this new approach based on emotion. The bishops have come to the point, even though they have had to be dragged to this point kicking and screaming and denying, to the reality that the Church in America is on life support. Every single marker — demographic, poll, survey, analysis and evaluation — points to the same conclusion; the Catholic Church is on it's way to extinction in the United States. This can hardly be surprising however. The Church in Europe has become extinct or near extinct in many areas of Europe. The United States is just catching up to the Church in Europe, which is in total freefall.

For many decades prior to that freefall, bishops and theologians in Europe were undermining the Church through abuses in liturgy, the malformation of seminarians, the injection of bad theology into various religious orders and institutes. This entire scene was presided over by bad bishops - some willfully, others ignorantly but bad bishops nonetheless. What happened in Europe starting in the late 1950s was just delayed over here in the United States by about 10–15 years. So what happened to the Church in Europe as a result of the betrayal of the Faith, is just happening over here, just about a generation behind.

Time and time again, U.S. bishops have publicly stated that catechesis, knowledge of the Faith, the teaching, was not done and needs to be done. Yet in the midst of this disaster, instead of ensuring that the Faith is clearly and completely taught, we're talking about accompanying and encountering and joy. What is it that they don't understand — listen clearly — Catholics do not understand the Faith. They cannot evangelize because they do not know what they are to evangelize.

We aren't Protestants. We don't make it up as we go along. We don't just write off anything that comes into our minds as the prompting of the Holy Spirit. The Second Person of the Holy Trinity said point blank that the Third Person of the Holy Trinity would lead us to all truth. So in short, the Church had fallen into complete disrepair. The bishops have been the last ones to notice. Now, nearly all of them are in the tank that the way to "save the Church" is to run around being joyful and evangelizing without people really knowing what they're talking about.

Why aren't dissident priests being dumped, and there's no shortage of them. Why aren't bishops purging the horror of homosexuality from their own ranks and those of their priests? Why aren't principals of Catholic schools being ordered to teach the entire truth of the Catholic faith? Why the constant droning on about political things like immigration and climate change and barely ever a word about the evils of birth control, for example? The excuse given for not presenting the hard teachings, is that people aren't ready to hear them. That is beyond stupid.

For a crowd always going on about the Holy Spirit, they sure don't want to leave much room for that same Spirit in the hearts of potential converts to respond overwhelmingly when they hear the hard truths. That's what the first of the bishops did on the birthday of the Church. St. Peter on Pentecost, he went out laid it down very directly, "Men of Jerusalem, this Jesus whom you crucified, God raised from the dead." He explained to their intellects, not their emotions, that Jesus Christ is God and the Church is now the full realization of the people of Israel.

Why is there always this quisling, weak-kneed, feminized, emotional response on the part of the bishops and many of their staffers when it comes to just saying exactly what the Church is? The Catholic Church is the sole means of salvation established by the Son of God. If that truth makes any Catholic clergy, priests or prelates uncomfortable, then you should resign your office. 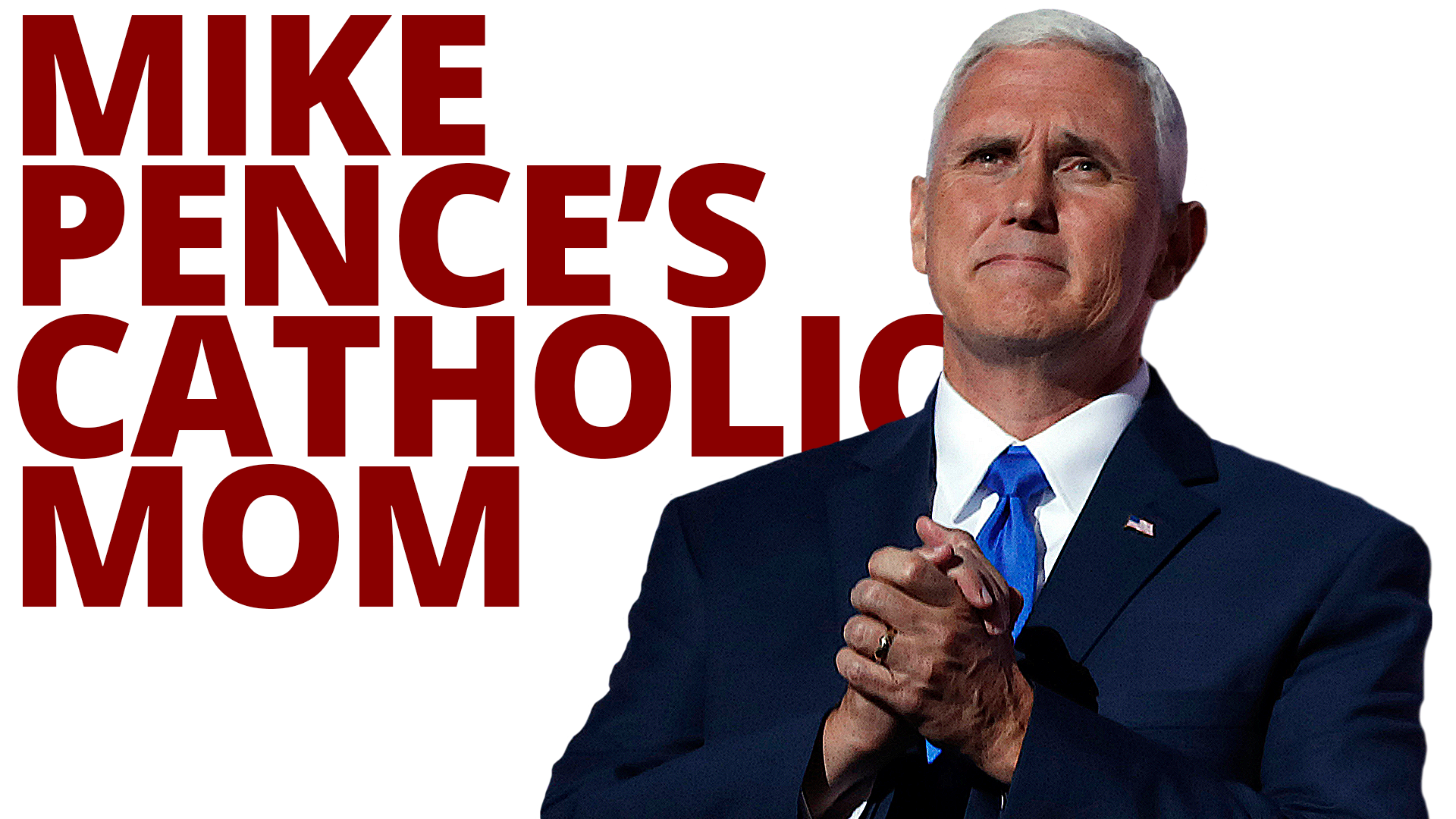 Mike Pence’s Catholic Mom
Her heart must be breaking.