A new world order is sweeping across America.

The entire American electorate is in massive flux and about to undergo the most significant change in the country's history.

If current trends hold or even accelerate by just a little, this may very well be the last election where a majority of voters will be white Christians — if not this election, certainly 2020. This is due to two large factors: the decline of the Protestant majority and the rise of the religiously unaffiliated, also known as "nones."

The nones, at least many of them, while claiming to be "spiritual" are functionally and in practice atheists. They are a-theist not so much in their cores but in their lives, where it really matters after all. We have said at various times that Protestantism leads to atheism, and here are reports back from the political front lines proving the truth of that statement.

Up until about the past 10 years, the bulk of the decline among white Protestants was largely among more liberal mainline Protestants, like Methodists, Episcopalians or Presbyterians. Since the re-election of Ronald Reagan in 1988, their numbers have been cut nearly in half to just 14 percent of the overall population.

But more surprising, in the last 10 years, there has also been a notable decline among the more conservative branch of white Protestantism —Evangelicals. Since the end of Ronald Reagan's last term in 1988, they have dropped from 22 percent to just 17 percent. Add both those Protestant camps together and you get just 31 percent of the electorate.

What's driving the decline over the past generation? The rise of the younger generation, 34 percent of which identify as unbelievers — not affiliated with any religious body at all.

It doesn't take a genius to look at the numbers here. A larger percentage of millennials — 34 percent — are unaffiliated with any religion than the the overall percentage of white Protestants — 31 percent — relative to the population. All this volatile mixture needs is a little more time, perhaps one more election cycle, before white Protestant voters lose their majority status. And then, by the time, today's millennials are in their forties, they will be the majority — and you need to stop and think about that for a moment.

What is looming just over the horizon, politically and culturally speaking, is a nation where Christians are the minority, and cultural atheists are the majority. And this is owing precisely to the Protestant ethos of the rule of the exaltation of the individual. All of Protestantism is built on this principle — the principle of individual interpretation of Scripture, of individual personal relationship with Jesus, unmediated by the Church.

So what is most surprising in the case of Donald Trump is his strategy of going after the white Christian vote — which he is getting. Political strategists and Monday morning quarterbacks say this is why Romney lost last time around. He formed a strategy around capturing the white Protestant vote — which he did, and he lost. Why?

Because there weren't enough white Protestant voters to carry the day compared to all the other voting blocks. Romney lost because he was playing out of Ronald Reagan's playbook from a generation before. But time had passed him by. This is why there is panic in the smoking rooms of the Republican establishment. Trump is playing from the exact same playbook — and getting the exact same results.

When Obama said publicly that America is not a Christian nation, he was right. That ideal of American nostalgia died with the Reagan era. A new world order is sweeping across America, and it is the result of Protestantism following through to its natural conclusions. American Catholics, especially leaders, had a very small window in the 1950s where they could have prevented all this, and they failed to understand it.

And now, Catholics are going to begin paying the price for that failed leadership. 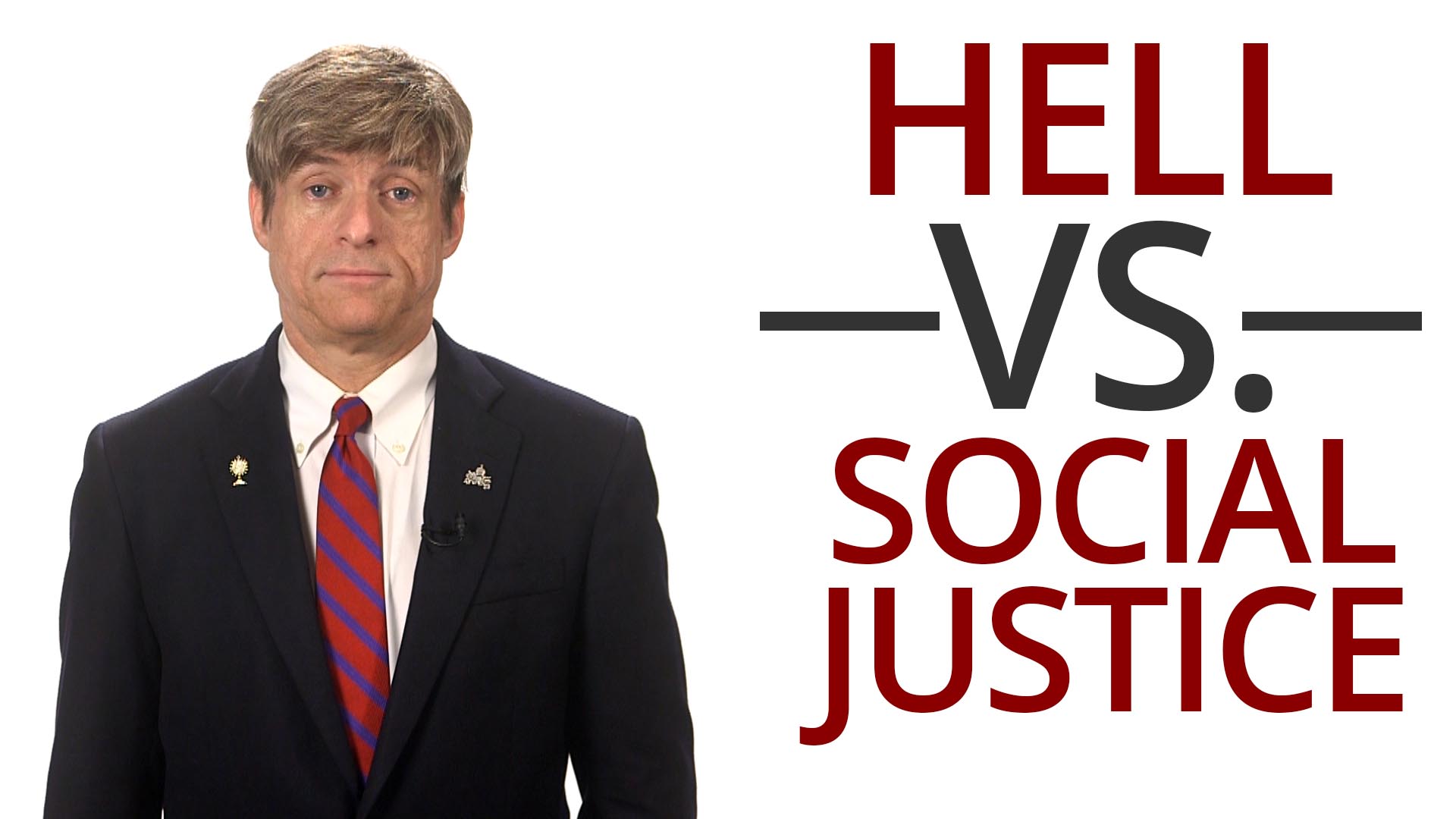 Hell vs. Social Justice
A persecution is not only coming, but needed.