For once, some good news.

One of the things we here at Church Militant do is to keep our fingers on the pulse of the culture, to keep an eye on the cultural landscape — because we Catholics live in this culture, our children grow up in this culture and our eternal destiny will be determined by how we interact with this culture.

Any Catholic who is not engaged with the culture clearly does not understand the Divine Commission to go out and make disciples of all nations. That spiritual command gets played out in the temporal world; therefore, the temporal world must be paid close attention to.

On that order, the current temporal landscape is largely dictated by the news and information media, and the media are largely dominated by anti-God forces. So a close, behind-the-scenes examination of the media is always helpful, and frankly, the media are having a very rough go of it, and given its decidedly anti-God stand, this is good news.

For some perspective: In the three years between 2014 and 2017, media outlets shed 5,000 jobs. Remember, that's over a three-year period. Now, in just this year alone, 2019 — which isn't even over yet — almost 8,000 media jobs have been axed. That translates into a whopping 500% increase in media layoffs, and a very large number of these layoffs are from mainstream anti-God outfits.

When you read through the press releases from each of these outfits, every one of them talks in terms of "restructuring" and "reorganizing."

No matter how you slice or dice it, however, a media company only needs to lay off people while it's restructuring because its revenue is down. It's making less money, and that generally means — as it does for any company — that fewer people are consuming your product, and that does not seem to bode well for the mainstream media.

In addition to most of the electronic outlets, major newspapers continue to take significant hits, keeping up a now-established trend of shrinking.

No matter how you view it, the mainstream media is being paid less and less attention to, and they are having to fire their workers as a result. It seems the more shrill they get, the more people tune out. While it's hard to read the tea leaves on precisely why more people are tuning out, at least for some, it has got to be the messaging.

Could it be that the cries from the socialist, practically state-run, anti-God media are beginning to cause people to simply tune out? If that's true, then one would think there would be other evidence to support the hypothesis. Well, one place to look is at political polls.

The one item dominating the liberal media for the past three years, especially the past six months, has been the impeachment drama. According to brand new polling results from Rasmussen: "Impeachment Remains Largely A Democrats-Only Issue." And while impeachment remains a significant issue for 51% of voters according to the poll, it pales in comparison to health care, which comes in at the top of the list with 85%.

Likewise, as the mainstream media continues to press their case that Trump has little to do with the massive economic boom we are currently experiencing, Americans, it seems, disagree. Forty-seven percent believe that the impeachment and removal of Trump from office would be bad for the economy.

One point the polling reveals is that there is a huge gap between what Democrats believe on all these issues and the rest of the country.

Multiple polls show that while Democrats are licking their chops at the prospect of a Trump impeachment, the highly prized independent voters are being turned off by the highly partisan effort. And even more importantly, it's independents in the critical battleground states that Trump won to secure the election in 2016.

None of these numbers, of course, are guarantees of anything, but they are indicators — just as political giving is.

Trump has raised over a hundred million more than any of the Democratic opponents. And the Republicans, in general, are smashing records in the fundraising war and burying the Democrats, causing great concern inside the Party of Death, as clearly laid out in this analysis by the Center for Responsive Politics.

The first paragraph sums it up: "Democrats are growing weary of the formidable fundraising machine at President Donald Trump's disposal. The Trump campaign, together with the Republican National Committee, have combined to raise a record-breaking $334 million to advance GOP campaigns nationwide."

There are far more sympathetic ears to the message of a religious, values-based presentation of human life than the media wants you to think.

None of this means anything out of context, and oftentimes these snapshots do not bear out in the final outcome — but they don't mean nothing, either. That's why experts keep track of them.

What can be safely said is that the ongoing efforts of the mainstream media do not seem to be scoring as many or as big of hits as the lords of media have been hoping, and that despite their best efforts — including impeachment — Trump seems to remain popular enough to make a real run at re-election.

For Catholics, what that means in our efforts to engage with the culture is that there are far more sympathetic ears to the message of a religious, values-based presentation of human life than the media wants you to think.

Do not shrink from your duty to evangelize — and it may not be as tough going as you think. There is a downsizing going on with many of the bad guys. 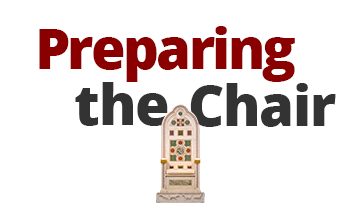