May 24, 2021  0
Podcast Available for Premium Subscribers

It might be a little too early to call it another "Great Awakening," but something is certainly afoot. Something is stirring in the souls of patriots in America, many of whom are solid Catholics. Whether this thing has the potential to turn the ship around, we'll have to see. But if that doesn't happen, it won't be from lack of trying.

Given the unique arena in which Church Militant operates — a hybrid of theology and politics — we keep encountering solid men and women of faith who, even if they aren't Catholic, are very friendly toward the One True Faith.

Something is stirring in the souls of patriots in America, many of whom are solid Catholics.

Among these folks, there is a decided push to change things politically; to grab the Marxists currently in control of Washington, D.C. and give them a good throttling. They are beginning to arrive in droves to the political world. They're first-timers who have never really had any kind of professional experience in politics.

Call them the "Trumpsters" or the "America Firsters" — or whatever you call them — they are beginning to gather steam, and they are done with "The Swamp." Many of these folks (mostly, but not exclusively, men) are everything the Marxist Swamp detests with a passion.

They're heterosexual family men. They're pro-military, pro-law and order and pro-baby in the womb. In short, they check all the boxes. As I said, Church Militant keeps crossing paths with these folks — people who are also elated to do an interview with us. The feeling on that score is mutual.

The most recent interview we did was with Brig. Gen. Donald C. Bolduc, USA (Ret.), the man who served in the Army and put his life on the line for America multiple times — unlike the Marxists currently running the show. He's running for the U.S. Senate next year in New Hampshire and is hoping to unseat first-term Democrat Maggie Hassan. 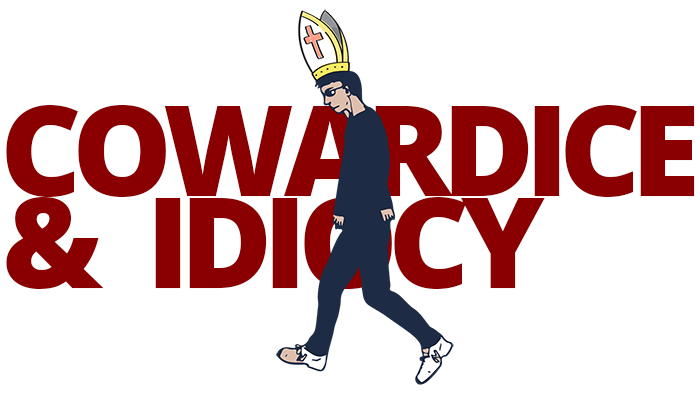 Cowardice and Idiocy
That's who's in charge.