The "hate" is all coming from the Left.

So the international fallout from the Vatican's hit piece against Trump, America's political conservatives and us, here at Church Militant, continues. Father Antonio Spadaro's bloated and nonsensical article last week made the almost unprecedented move of actually singling out this apostolate as an example of what is wrong in the Church these days.

Now, that's rich, coming from a priest who has openly backed ordaining women as priests and is good buddies with practically every lover of the agenda of sodomy in the Church that exists. The essence of his condescending article is that an ecumenical effort has formed between ultraconservative Catholics and fundamentalist Protestants, who want to take over the United States and turn it into a theocracy. He labels this effort as an ecumenism of hate because it is not tolerant of any other idea.

As an example of this use of religion to promote a political agenda aimed at a theocracy, he specifically names this apostolate, Church Militant, to which we say, Father, have you ever actually watched anything we've done? But this is how the Left operates, always, without ceasing. They charge in emotionally-fueled language that you are mean, and sinister — labels which describe their agenda precisely — and turn them around on you. They have no shame in their accusing you of the very tactics they use themselves.

Whatever weird reality Spadaro is referring to about a joining of forces between fundamentalist Protestants and Catholic "integralists," his term, meaning something not entirely clear, his vision in no way could apply to this apostolate. Fundamentalist Protestantism sees the existence of the state of Israel as some kind of harbinger of the end of the world, through a distorted reading of Scripture and builds an entire false theology around that mistaken notion. Church Militant has often called out this error and even produced one of our apologetics videos on the absurdity of such an idea.

The fact that those who hold this twisted view also happen to believe abortion is murder and that the traditional family is established and ordained by God does not make us joined at the hip in some political goose-stepping. In fact, Church Militant has repeatedly warned that the shared political agenda of largely authentic Catholics and some Protestants needs to be looked at with a wary eye in such an environment. It is Catholics who tend to stay mum about larger theological issues such as the need for Protestants to convert, thus sublimating Catholic truths to a more political agenda.

That Spadaro and his Protestant pal, who co-authored the excessively long and error-riddled article, would single us out as an example of any kind of ecuemical effort shows their extremely poor scholarship. The only ecumenism we believe in is the only ecumenism the Church believes in, and that is everyone should be Catholic, period, a belief by the way, not shared by a good number of people at the Vatican these days. But hey, they will have to answer to the King of Kings, who instructed His Church to make disciples of all nations.

So aside from the possibility of slipshod scholarship and a disjointed ill-informed view of the world from high atop Mount Vatican, could there be another reason for singling out Church Militant in their article? Well yes, there could be. Remember, for a Vatican agency to ever single out an individual Catholic effort for scorn is almost unheard of even with you extending mercy and all that.

Well, this article happens to coincide with the recent arrival of Fr. James Martin, sodomy-promoting Jesuit, as a consultor to the Vatican communications efforts. Martin's loved for sodomy and all things LGBT is lauded by many in powerful posts in the Church these days. Martin has mixed it up a lot on social media with us here at Church Militant, especially on Twitter, as he promotes his sick, psychologically disturbed view of theology, if you can call it that.

So, it seems a little more than just a coincidence that within one day of Spadaro's stupid article coming out that a follow-up interview with Spadaro pops up in America magazine, of which homosexualist James Martin is an editor-at-large. And for the record, Spadaro's article is stupid because many of his basic "facts" are wrong, his reasoning is wrong and his conclusions are wrong. That's sort of the working definition of stupid.

The article was an excuse to take a potshot of faithful authentic Catholics and paint them as aligned with some whack-job Protestant world view, which we have denounced. And almost hysterically, we continue to see this shadowy, murky nexus between Trump advisor Steve Bannon and our apostolate, Church Militant, hinted at and suggested at. That's what The New York Times did back in January, hinting that we were in some sort of secret alliance with the Trump White House to bring a theocracy into being to rule America. That is so stupid, we can't believe it's even written down. For the record, we cheered the election of Trump because his win prevented anti-Catholic Hillary and her wicked crowd from gaining control, not because we thought Trump could establish a Catholic monarchy or whatever in the United States.

Trump is pro-gay, so how exactly would that play out in a Catholic monarchy? See this "thinking" is so stupid that it's hard to respond to, other than calling it stupid. Whether the motive for the article was to make stupid points appear intellectual or inspired by an enraged homosexualist Fr. Martin behind the scenes, maybe we'll never know, but it shows the real ecuemism of hate between political and theologial lefties, which is aimed at destroying all things conservative, most especially authentic Catholicism.

It's one reason, anticipating various things that can happen in the current environment, that we have launched our Preserving Catholics Campaign to help this apostolate retain control over its own work product currently stored on the cloud. The article by Spadaro and the hits from dissidents in the Church against Church Militant are clear warning signs to us to get our technological house in order, and it's why we are asking for your help.

Last week's hack against the site, which shut us down for a day, immediately followed up by the Spadaro attack, set off all the alarms we need to hear to make this move on our part and ask for your help. Anything you can generously donate to help us with this non-budgeted $50,000 expense would be greatly appreciated.

Affairs in the world are moving so rapidly and appear to be converging so intensely, it's hard to keep up and know how to plan for any contingency, but plan and execute we must.

So again, if you can help, please do. Thank you in advance. 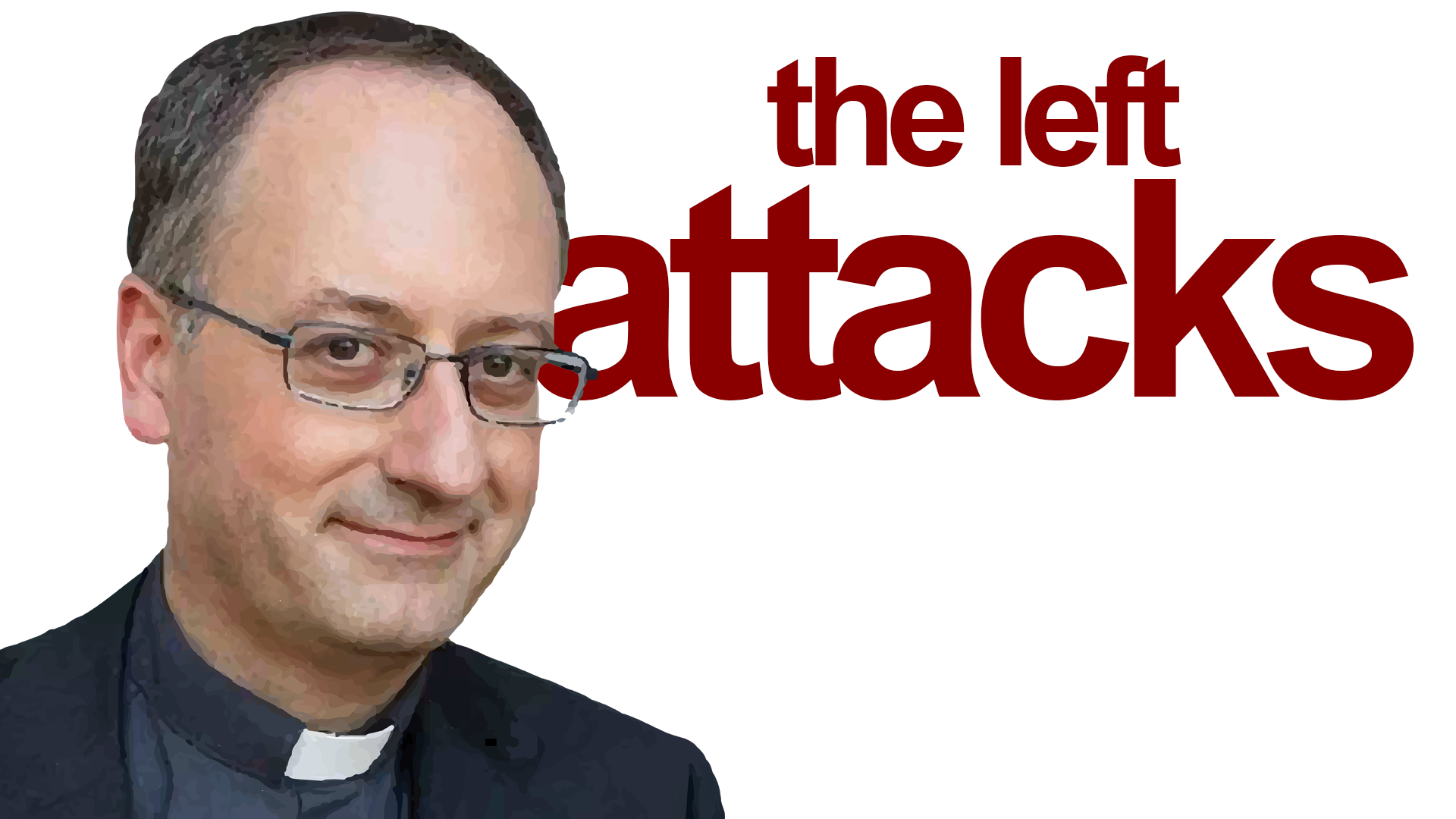 The Left Attacks
And gets it back as good as it gives.