And guess whose fault it is?

It's far from a secret that a whopping majority of Catholics don't know the Faith. But what is a little secretive is that the bishops know it. And going a little deeper, privately, they actually admit it. But what is most shocking is that they know they are to blame.

This past weekend, Church Militant was in Houston, Minnesota, speaking at a conference on Patriotism and Freedom and Catholicism. One of the other speakers was Fr. James Altman, who dropped the little nugget that 80% of the faithful are, in fact, not full of the Faith at all, and it's "our" fault. Which, of course, raises the not too terribly profound question, "Well, what are you doing about it?"

The U.S. bishops, at least this latest crop, are horrible examples of masculinity. They have no courage, no integrity, no honor. Many of them are homosexualists, a large percentage are liars, some are thieves. And while not all of them are wicked monsters, all of them are cowards.

Add to that the fact that they have this very disturbing practice of trying to deflect blame for their actions onto anyone they can. Privately, at least some of them are very familiar with the current disaster, but they refuse to talk about it to the sheep in the honest manner it deserves. They want to quietly try to do what they can without taking any ownership of the disaster.

As Church Militant has pointed out multiple times, they didn't start the disaster, but they have certainly accelerated and compounded it. Today's bishops were milquetoast toads when they were in seminary, the kind of biological male that inspires nothing — weak, wimpy, feminine men who got on well in a system designed to promote their type.

The U.S. bishops, at least this latest crop, are horrible examples of masculinity. They have no courage, no integrity, no honor.

That's why they were let into seminary back in the day, to begin with. They were the exact type of "man" that the modernists and Marxists in the Church needed to deploy their evil design to find a bunch of feminized males, preferably active homosexuals, and ordain them — and do it often enough that it's a virtual lock that the episcopate will one day be overrun by them.

Fifty years later, we are an episcopate made up of males short on testosterone and heavy on estrogen. The problem, of course, is that while they were being promoted, the Church was being destroyed, and now what you have is a group of "leaders" (excuse the term) completely unfit to lead.

This is underscored by the fact that facing the greatest meltdown of the Faith in half a millennium, all they can do is scamper about trying to publicly deflect from their own responsibility. They won't own it. In fact, in public, they barely even acknowledge it. But in private, they know the disaster has their fingerprints all over it.

Yet, even now, they can't summon the necessary guts to do what needs to be done. They are beholden to a system that has trained them to be little other than emasculated sissies who realize the jig is up and who may want to fix it, but still want to evade responsibility for it.

Tough measures need to be taken, but it takes tough men to exercise those measures. It's not even the case that these bishops are men, much less tough. Even for all the appearance of tough suggestions emanating from Abp. Cordileone in San Francisco, Nancy Pelosi still owns him, as she proves every time the topic is brought up by the press. Cordileone dithers, and she dismisses him.

If that blindingly clear case can't be handled correctly, do you really think any of the more complex cases are going to work out? Cordileone should issue a statement loud and clear about Nancy Pelosi's unfitness to receive Holy Communion and order his priests to deny her. Likewise, he should add a public rebuke of that sorry excuse of a bishop, Wilton Gregory, and condemn him for allowing Joe Biden to commit further sacrilege.

Of course, underlying everything is that "secret" that if all Hell were to erupt in the bishops' conference over sacrilege and the sacraments, their really dirty secrets about rampant homosexuality would come out — and then what would they do?

Too many of these men fit into one of the following categories:

In the wake of the McCarrick meltdown in 2018, the cowards among them had their chance to stand up in Baltimore, with the national press watching intently, and say the senior leadership needed to resign. I personally had that discussion with at least one bishop, who graciously dismissed it as something that just isn't done, not in polite company. What he should have said is that it's not done in the company of cowards.

Tough measures need to be taken, but it takes tough men to exercise those measures.

Why not? Well, we know why, don't we? We all know why. It's because they are all complicit in this dumpster fire to one degree or another, and not one among them is capable of saying what needs to be said and backing up their actions with words. The homosexual bishops need to be outed by the few non-homosexual bishops with a demand for their resignations.

The actual men, if there are any, need to put on their big boy pants and get with the program. And even if it means they lose their miters, who cares? Stop thinking you are so incredibly important that God needs you to remain quiet in your diocese in order to improve the Church. What He desires is that you be a man and do what needs to be done.

Or do you somehow think that keeping quiet about 80% of Catholics not knowing the Faith and you being responsible for it will somehow just get overlooked at your own personal judgments? Good luck with that. 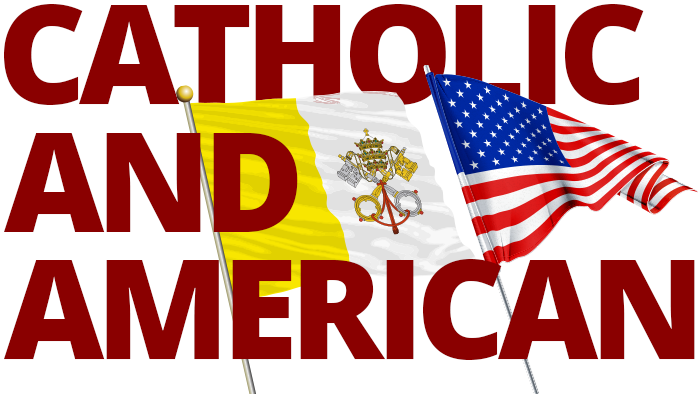 Catholic and American
Fighting against the odds.