Not exactly working out like the Dems thought it would.

I'm Michael Voris coming to you from Tucson, Arizona, where once again the controversy surrounding the stolen 2020 election is front and center.

Republicans are gathering here to announce plans for a legislative hearing to demand answers about tens of thousands of votes they say are not valid. That many votes would alter the outcome of the race here in Arizona, raising the serious prospect that the Republican-controlled legislature could decertify its 11 electoral votes that went to Joe Biden helping him secure the electoral college majority.

The vexing question of whether Joe Biden actually won continues to haunt the American electorate, of which a full one-third insist he cheated. Even more believe that while actual cheating per se did not occur, they don't sufficiently trust the system to produce accurate results in close races.

Just one of those is bad on its own, but, taken together, they produce a staggering lack of confidence in election results and, by extension, the government itself and whatever authority it tries to exert.

For example: Various research indicates that those who doubt (or refuse to believe) the 2020 election outcome also doubt or refuse to believe the entire COVID narrative and the constant push by government officials to mandate masks and jabs and "vaxports" and on and on. Likewise, they see themselves being railroaded by media who keep insisting claims that the election was stolen are "false" and "debunked" — while, in fact, the claims have never been "debunked" by anyone other than them. And by debunked we mean simply refused to be considered and reviewed.

On the question of debunking: Who precisely would be the expert or institution that would have the authority to decide and declare the claims are false and, therefore, debunked?

Certainly not the media who spent four years spreading outright lies about Trump (Russia and Ukraine come immediately to mind) and, even after Trump, are now pushing a phony "insurrection" claim about Jan 6.

The media, as their backup for claims of stolen election charges being debunked, keep pointing to the string of losses Trump suffered in the courts, wrongly portraying it as the courts heard the evidence and decided the election was fair and Trump lost.

But while the media have dubbed the stolen election claim "The Big Lie," what's actually the big lie is that the claim has been debunked. It has never been debunked, and the media's relentless claims about it don't make their claims true — it just makes them constant and annoying.

No court ever actually heard the actual evidence in the case. They simply ruled Trump (or voters or states or members of Congress or anyone living and breathing) didn't have standing, so judge after judge just threw the cases out of court — including the Supreme Court.

So it's not possible to make the claim that Trump or his surrogates around the country lost in court. They never got into court in any meaningful way.

In some places ... a Republican secretary of state actually helped set the table for widespread fraud.

And moreover, the courts refusing to man up and actually consider the evidence, refusing to settle the matter, has now left the matter open to nonstop speculation and action on the part of those voters who feel they were cheated — and they are legion in that belief.

So events like what's unfolding here in Arizona are now assuming a kind of commonplace foothold among voters and Republicans.

In fact, the entire election theft may have backfired on the Democrats despite the reality that Joe Biden is in the White House (likely without actually having won the electoral college vote), and here's why: The sense of theft and being cheated has so ticked off enormous numbers of people that they have now become activists on all levels of the political process.

For example, in Virginia's recent gubernatorial race between Democratic hack, phony Catholic, and child-killer Terry McAuliffe and newcomer Republican Glenn Youngkin, a veritable army of Republican poll watchers fanned out across the state and manned hundreds of early voting locations, Election Day precincts, drop-off ballot mailboxes and so forth (3,500, in fact), causing the Loudon County general registrar to tell The Washington Post she'd never seen anything like it, especially for a midterm election.

But that's just a smidgeon of what ticked off Republicans are doing around the nation. In place after place, but especially in battleground states where they control the state legislatures, Republican activists are mobilizing on different fronts. Some are stepping up and making sure that "RINOs" in their statehouses — now understood as those who did not back challenging the 2020 results — are primaried and removed.

Likewise with congressional candidates running for reelection — and as Trump recently said of Liz Cheney and Adam Kinzinger: "Two down, eight to go" (referring to the total of 10 who refused to back him and went along with the Nancy Pelosi narrative).

While the congressional kerfuffle is getting the headlines in the national press, what's really going on, as far as the more effective strategy, is happening away from those national headlines, in places like this here in Pima County, Arizona.

As the saying goes, all politics is local, and in state after state where they control the legislature (and even the governor's mansion) Republicans are ensuring (through various processes as well as the upcoming elections) that the means by which the Democrats cheated in 2020 are sealed off forever.

Republican election officials were asleep at the switch in the run-up to 2020, allowing the Democrats to ignore laws and rules left and right.

In some places (like Georgia), a Republican secretary of state actually helped set the table for widespread fraud (by overstepping his authority and striking a deal with state Democrats — led by Stacey Abrams — to usher in all manner of chicanery, which paid off in Fulton County on election night, delivering the state to Biden). Raffensperger has announced his reelection campaign for the coming year, but hardly a soul believes he's going to survive the primary.

First, the state legislature punished him for his going along with the Democrats by stripping him of his power to oversee elections moving forward.

Second, Trump has endorsed Georgia congressman Jody Hice to defeat him in the primary, virtually ensuring he will have nothing official to do with the 2024 presidential race in the peach state. Brad's days are numbered.

And so are the days when the machinery of cheating can be so easily exploited — at least if the massive groundswell of channeled anger has anything to say about it.

It's not possible to make the claim that Trump or his surrogates around the country lost in court.

From the redrawing of congressional districts in Republican-controlled states to appointing and electing state officials keen to prevent anything like 2020 from happening again to the banishment of as many RINOs as possible to armies of poll watchers, the Republican rank and file has become like a sleeping giant that has been awakened and is roaring mad.

Events like this one here in Arizona are designed (in part) not only to get to claims of fraud and errors but also to keep the fires stoked. It's been more than a year since the great election theft, which means the next election (the midterms) is less than a year away.

The midterms are the necessary stepping-stone for political conservatives and Republicans to prevent 2020 from being repeated in 2024.

The midterms are being viewed, and the strategy is being developed and implemented, to lock down the issue of election integrity by scoring big wins across multiple states. The conservative winners in the governors' races like in Michigan and Pennsylvania and various secretary-of-state battles like in Georgia, would then go on to preside over the 2024 election and prevent a second theft.

How effective the plan will be is, of course, unknown; but as of today, the anti-RINO, pro-Trump, we're-mad-as-hell crowd has all the momentum. Biden's pathetic first year, a crashing economy, polling numbers in the toilet, non-stop mockery summed up in the "let's go Brandon," all of it, frankly, is scaring the hell out of Democrats.

What went largely unreported in the wake of the 2020 election theft was that the much-talked-about blue wave not only did not materialize, but, actually, a smaller red wave emerged. And that red wave shows no signs of receding. What many people don't realize is that in Virginia, with all the noise about Youngkin beating McAuliffe, the GOP also captured the lieutenant governorship and the state attorney generalship and recaptured the statehouse as well as coming within one seat of gaining control of the state Senate as well.

In short, in one night, Democrats went from total control of the state to hanging on for dear life — and that's a full year after 2020. Republicans are energized, and Democrats are sick over Biden.

It's that red wave, which flipped some states from Democratic to Republican and greatly narrowed the Democrats' congressional influence, that is now providing the leverage to move forward with this national recapturing of the entire integrity issue.

The Republican Party is going through a reordering — some might call it a purge — and it's happening on a grand scale.

The end goal is the recapturing of the White House in 2024, but, in the process, large swaths of the country are also being refashioned. A few years from now it may turn out that, in hindsight, the worst thing the Democrats could have done was steal that 2020 election. It's become the fuel for a large new movement of political activists and candidates that no one really saw coming and that shows no signs of going away. 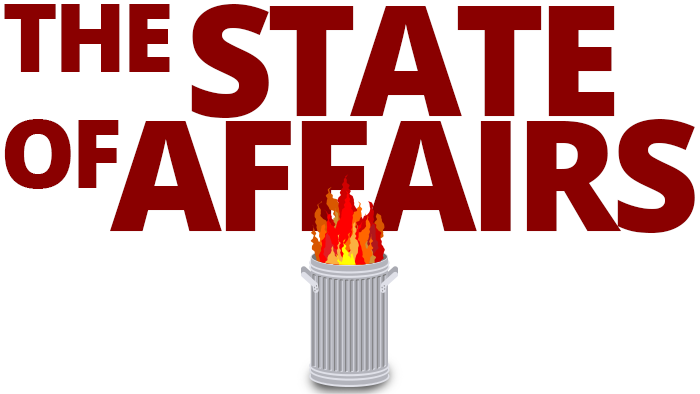 The State of Affairs
'Sad' doesn't quite capture it.