The recipe for damnation.

The Catholic laity, by and large, has been reduced to a crowd of sniveling wimps. Catholic manhood is essentially gone, sacrificed at the altar of outrageous, radical feminism.

Catholic teaching has always been centered on truth, always flowing from demonstrable truth. The great minds of the Church over the centuries were able to plumb the depths of the mysteries of God, salvation history and Scripture, and arrive at even deeper truths — more truth to move the emotions and the soul.

But for the past 50–60 years, that order has been inverted: Truth has been replaced with emotions, with emotions used to disregard and shove aside the truth. Too many no longer care what the Church teaches; their only yardstick is the emotional response they have to the Church's teachings.

Truth is relegated to a feeling (in reality, subjected to your feelings). If it makes you feel warm and squishy inside, then that's all that matters. In fact, it's gone even further: The very concept of truth — intrinsic, objective truth — has been scuttled.

Again, all that matters is how you feel. In the Garden of Eden, the passions were subordinate to the intellect. The intellect corresponds itself to truth. It makes judgments based on information presented to it and deals in the arena of correctness or incorrectness, based solely on truth.

No one gets into Heaven, is saved from Hell, who does not love truth above all.

The passions deal with the will. And when the passions rise up and seize control of the intellect, the soul falls into ruin. That so many souls have fallen into ruin is the underlying moral crime of the hierarchy these past decades. Souls in ruin become blind to truth. Even when confronted with it, they refuse to see it, so strong is the hold the passions have over the intellect.

Notice we said "refuse to see it," not "are incapable of seeing it." Perhaps at some point much further along, they become totally blind to the truth — but not at first, and certainly not along the way. That's the final destination. A person who rejects truth — and who does so with such regularity that he is no longer capable of even recognizing it — how is that soul ever saved?

Truth is a person: Christ Himself. Why would a soul who rejects truth want to spend eternity with a person he has no knowledge of? When Our Blessed Lord looked at Pontius Pilate and said, "Anyone who hears the truth hears My voice," He meant just that. He Himself is Truth. All truth derives from the Holy Trinity.

And that's because truth reflects and speaks to order and harmony. After the Fall of Man, the passions became the enemy of the intellect, and thereby truth. The entire goal of the Catholic life is, by means of grace, to restore the order of the Garden before the Fall — to make the passions, once again, under the control of the intellect.

Such a man does not abandon his family for sexual excess with someone not his wife. Such a woman does not offer her body in exchange for popularity.

But for the past half century, most Catholics have not been told or presented the truth. Or at best, they have received little else than a very cheap knock-off of it. All the preachings, the liturgy, the Scripture studies, the education has centered around your feelings, not the truth.

Accordingly, generations of Catholic youth who are now parents and even grandparents have emerged from the experience of the Church thinking all that matters is their feelings. They are spiritually spoiled — the Catholic equivalent of the "participation-trophy kids."

Too many no longer care what the Church teaches; their only yardstick is the emotional response they have to the Church's teachings.

They know nothing, or next to nothing, but can emote like nobody's business. Adults — grown men and women — are spiritual imbeciles. They're emotionally damaged and trained by a clergy who taught them that being nice was the supreme and only Commandment.

And the very elastic definition of "nice" was simply that everyone likes it and no one's feelings are hurt. Sacrificial love, hard truth, salvation, the Cross, Heaven and Hell — none of these are ever mentioned — except that everyone goes to Heaven.

None of this of course has occurred by chance. It was, and is, all part of Satan's plan to blot out truth from the minds of men. Men committed to moving on their emotions march straight into Hell, because somewhere along the way, in every such person's life, they surrendered their intellects to their passions, and the stage was set for the lights to go out.

Surrender enough over time and you lose the war. To the degree that various clerics promote all manner of sin (under the guise of not hurting people's feelings), to the degree they have done this, their hellfire will be the hottest of all. We are born to be lovers of truth. No one gets into heaven, is saved from hell, who does not first love truth above all — regardless of your feelings. 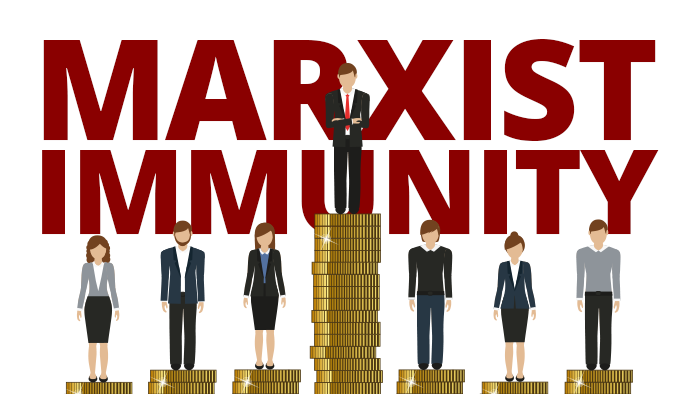 Marxist Immunity
They party, you get the hangover.