The truth slips out.

May 9, 2018  0
Podcast Available for Premium Subscribers

If you haven't noticed, probably because you don't really care, good for you, Hillary is still barnstorming around the country blaming everyone except herself for losing the election. As a sidebar, it must have been quite the gobsmack on election night there in New York as she and her team sat in their plush quarters expecting a crushing defeat of "The Donald," only to watch one blue wall state after another turn red. Inside reports are she was out of her mind in that room that she hurled a $100,000 bottle of champagne into a $5 million giant monitor, a gift from a Saudi prince to watch the returns on. She was so plastered and enraged according to some former staffers that she couldn't even talk, so she sent bad Catholic John Podesta down to tell the crowd of liberals to go home and she'd talk in the morning, which she did after showing up about an hour late. All this is to point to the fact that she still can't believe she lost — she hasn't been able to process it — so we are collectively watching her going through the grieving process.

She's still in the denial stage apparently. In that light, the two-time Democratic loser's latest appearance to assign blame for her loss was at the Shared Value Leadership Summit in New York on last Wednesday. She's blaming another group but listen to the little truth that slips out just as she first starts talking.

You know, every now and then the truth sneaks out. Truth always finds a way, but it's especially revealing when it falls from the lips of those who hate the truth. The truth that Hillary revealed was the enormous percentage of Democrats who are actually socialists. She was speaking in her response specifically about Iowa Democrats, but there's nothing in the farms of Iowa that would make Democrats there any more socialist than Democrats in, say, New York or California.

What's all this mean for Catholics? It's simple. Catholics need to realize who is on the other side. Socialism is condemned by the Church — period. Pope Leo XIII roundly condemned it in the late 19th century. It was, in fact, the reason for his groundbreaking encyclical Rerum Novarum in which he said that private property holding is necessary for a well-functioning society and a human right for the worker. But Socialism wants to take away individual reward and hand it to the state to dispense. This was, in fact, the campaign stump speech of Bernie Sanders who at one point in the election had a 52 percent favorability rating among Catholics, yes, Catholics! A man flying all over America, touting a governing system actually by name condemned by the Church, was highly thought of among Catholic voters.

Pope St. John Paul II also had something to say about it. And well he should, having been brought up under the oppressive socialist regime of Marxist Communism in his native Poland. In his encyclical Sollicitudo Rei Socialist, he said that "Experience shows us that the denial of this right [of economic initiative] or its limitation in the name of an alleged 'equality' of everyone in society diminishes or in practice, absolutely destroys the spirit of initiative."

So why did Bernie Sanders garner so much support, enough so that Hillary operatives at the DNC actually had to submarine his primary campaign to ensure she won the nomination? Because Leftists want to appear good without actually having to do good. It's called virtue signaling, throwing off the appearance of being all moral and concerned but supporting a system where someone else actually does the heavy lifting.

The Democratic Party is split today over the Hillary crowd and the Sanders crowd or at least those views of the world. Come 2020, it's very likely that a Democrat may get the nomination who supports a system that the Catholic Church actually condemns. It will be curious indeed to see how the American bishops, many of them secret Socialists themselves, publicly respond. 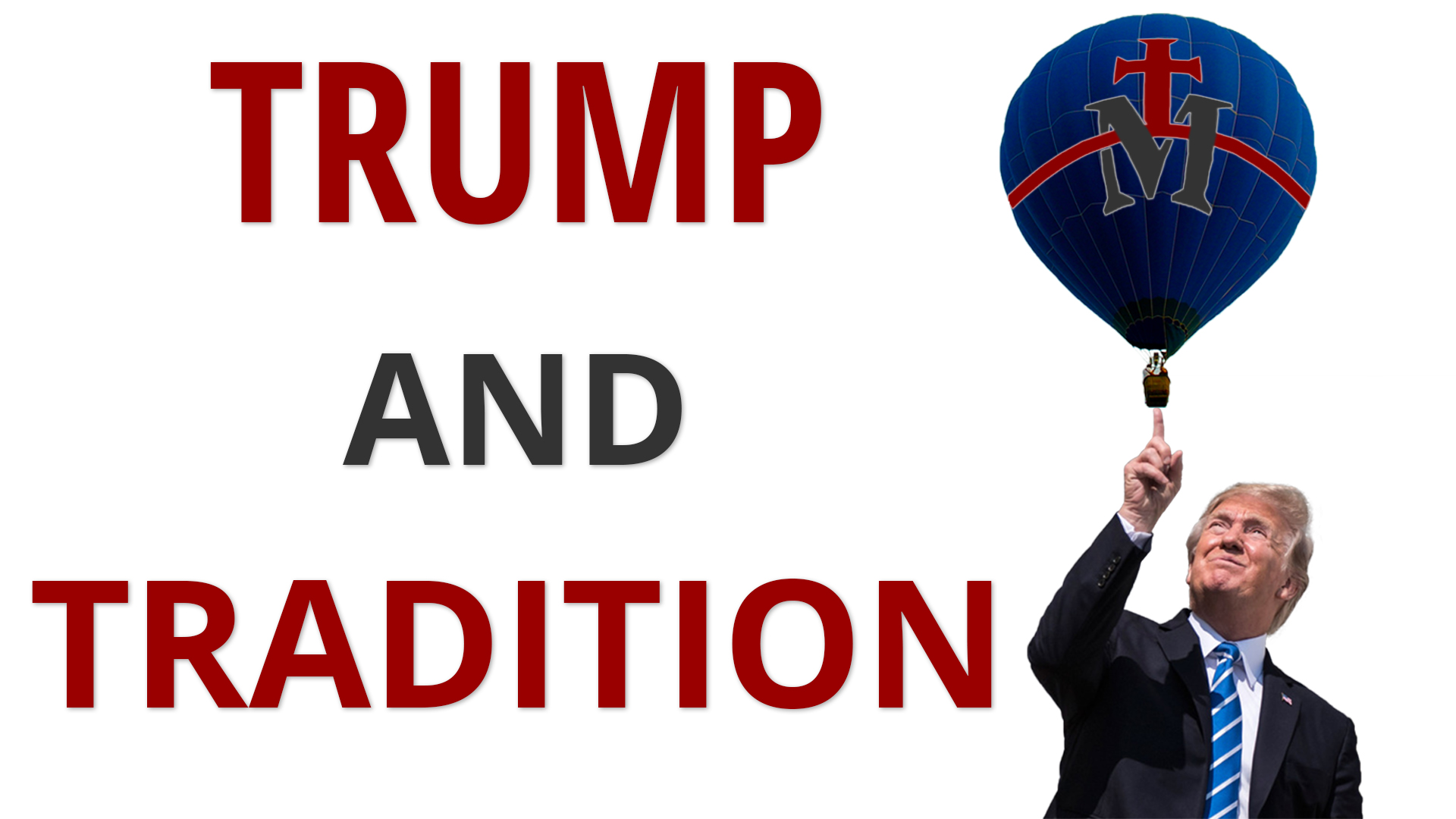 Trump and Tradition
Only truth endures.