Not even in Heaven or Hell.

One of the lies of the Marxist-inspired and funded, so-called globalist movement is that it is an actual movement. It's not.

It's a clever propaganda campaign engineered in the social experiment labs of the world's elite and put out into the media to sucker the naïve into swallowing a giant lie.

The giant lie is that everyone is equal. That's a lie and the proof of their lie is they don't even believe that themselves. Do you really think the likes of George Soros or Bill Gates or Hillary Clinton or Joe Biden actually believe that some poor African kid in Sudan is their equal? Of course they don't, although Biden probably wouldn't mind the kid rubbing the hairs on his legs.

Boy, was that weird — still is.

But anyway, they want you to think they think "we're all equal." That way, their scheme to fool the great unwashed masses into thinking equality is the name of the game is more easily achieved.

On a theological note, sure, we are all "equal" in the dignity we possess as being made in the image and likeness of God, but that's where it not only begins, but also ends. Much falls from that reality, being created by God in His Divine Image, but not the way the godless globalist crowd approaches it.

Their understanding of 'equality' is not grounded in any God-given dignity, but in ... reducing all of mankind to an 'equal' level of subservience to the state.

They don't believe in God, so their understanding of "equality" is not grounded in any God-given dignity, but in their own designs of reducing all of mankind to an "equal" level of subservience to the state, a state or culture over which they reign supreme.

Every single person is unique and different. We are not equal in any major regard. Even Heaven has a hierarchy of human beings and angels — not on the same plane — because frankly, not everyone merits equally.

A simple one-second thought on the Mother of God being the Queen of Heaven tells you that.

Just as in the Davidic Kingdom, which is modeled after the Heavenly Kingdom, it is not the case that there is a king and then everyone else is equal to each other. So too that's true in Heaven and — to the point — here on earth as well.

The universe is arranged and ordered as a hierarchy, not a socialist-utopian, hippy-commune paradise.

That's why to hear all this blather coming from Rome these days about a universal wage, where everyone makes the same, or even that Judas received the same reward as the rest of the Apostles — or even the suggestion that he did — is all very disturbing.

Much of this is stated by the pope and engineered by God-knows-who in the background — some gay cardinals club or out-of-their-minds Jesuit clique or whatever.

First, Judas is in Hell because Our Lord flat out says, "Better for him had he never been born." To keep raising this issue that he was somehow saved flies in the face of logical thought — and not man's thought, but God's thought. It makes no sense for first, Our Lord to have said that, and second for the Holy Spirit to inspire St. Matthew to record it if it wasn't true.

But Pope Francis, who has had his intellect blinded by this probably well-meaning desire to have all things equal, even when they don't deserve to be, can't say these things and they remain uncriticized. Critical thought demands — for the sake of truth, which touches directly on charity — that such a statement be exposed for what it is — preposterous.

In an attempt to promote the question of Judas' salvation, Pope Francis makes three critical errors in his presentation of the scriptural account of Judas' final deeds.

First, he says Judas repented. He did not. To be remorseful is not to repent. Sure, it's the first step, but lots of people are remorseful of their actions, yet never make it all the way to repentance. People feel bad quite frequently when they do something bad. That in no way guarantees they amend their lives and change course. In fact, personal experience and human history both demonstrate that most of the time that doesn't happen.

A hit man for the mafia probably was at least somewhat remorseful the first time he emptied his gun in the back of some other crime family don's head. But then he went on to his second hit job. Eventually, even remorse dies when repentance does not follow. So no, Judas did not repent.

In a private revelation, in fact, God the Father told St. Catherine of Siena that Judas is in Hell, but even that we don't need because it's right there in St. Matthew's Gospel as well as strongly suggested in other books of the Bible.

Second, Francis suggests Judas may not be in Hell because Jesus kissed him and called him "friend." First, Jesus did not kiss Judas. It was the other way around. And the kiss was poison — a signal to the guards that this was the man.

And as for the term "friend," the way in which Our Lord used it was not the common understanding we have of it 2,000 years removed from that culture and the garden. The way in which Our Lord used the word "friend" was not friendly. It was irony; a response to the irony of Judas calling Him rabbi and kissing Him. Recall, the evangelists tell us Satan had entered Judas in the Upper Room, and he went out into the darkness.

So on all three counts — repentance, the kiss and friend, the pope got it all backwards. But you can see how someone who wants everyone to be viewed the same would want to rehabilitate Judas.

St. Paul says flat out to the Thessalonian Catholics, 'He who does not work, should not eat.'

Judas stands at the center of the contradiction, the condemnation really of the whole globalist Marxist push we see emanating from Rome these days. It's what is behind the anti-Catholic proposition by von Balthasar and parroted by Bp. Barron that we have a reasonable hope all men are saved. No, we don't. Christ Himself told us not all are saved, so in the nicest possible terms, cut the crap. Stop eroding people's faith for your own personal gain, you wicked men.

Back to the pope, as if suggesting Judas might be saved wasn't scandalizing enough, he wasn't done yet. Emerging from the same well of "equality for all," he let go the other day that there should be a universal wage. Everyone in the world should be paid and paid the same amount — right!

Okay, let's start with the Clintons, Soros, Obamas and Bidens then, right? How about Bill Gates? This is Bernie Sanders' pot-hangover chatter. But notice the similarity between Bernie and Occasional-Cortex and the rest of "the Squad" and other mentally deficient members of the Left: They all parrot the same idiocy but never apply it to themselves. You all need to all make the same miserable amount of money, but we of course, well, you understand.

First the notion of everyone being paid regardless of their effort or output is repugnant not just to common sense, but Sacred Scripture. St. Paul says flat out to the Thessalonian Catholics, "He who does not work, should not eat." What a bigot! What a capitalist swine!

There is an understood "proportionalism" in Scripture. The word itself even pops up in the Lord God's command to Moses about sharing the Passover lamb with another family too small to procure their own: "They shall eat in proportion to their number."

And again, there's St. Paul's admonition about not eating if you don't work.

What is being touched on here is the virtue of justice. Equal pay for unequal work is immoral.

The entire divine economy is based on the principle of a hierarchy of Justice. In Heaven, Our Lady deserves more honor than my mom because she merited more.

And to underscore the point, even Dante recognized the same principle applies in Hell. The damned suffer everlasting fire for their rejection of God and His commands. They each suffer. That is fair. But they don't each suffer to the same degree, just as the saints in heaven don't enjoy bliss to the same degree. That would be unjust in Heaven and in Hell.

The fact that there is both Heaven and Hell proves not everyone is equal. It's why irreligious globalists need to get people to stop thinking in those terms and are working like hell — and for Hell — to bring that about. 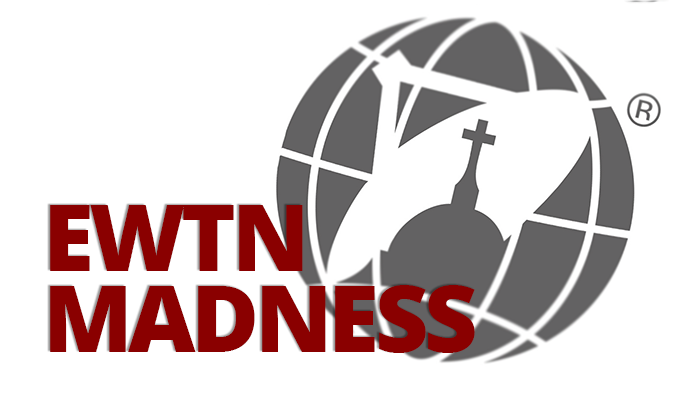