Everything Is Being Exposed!

The time for slumber is over.

So last week, when news reports revealed that the well-respected Fr. Thomas Weinandy, former chief of staff for the U.S. Bishops' Committee on Doctrine, had written to Pope Francis saying his pontificate is marked by "chronic confusion" and warning that teaching with a "seemingly intentional lack of clarity risks sinning against the Holy Spirit," it did not take "the Empire" much time to strike back. The U.S. bishops canned him before the ink was dry on the article.

Too bad they couldn't react with that lightning speed when they were shipping around altar-boy raping, fellow homosexual clergy for decades. Or as the brilliant Chris Manion over at The Wanderer tweeted in response to the embarrassing, yet telling, move of firing Fr. Weinandy — "and the jobs of all of the heterodox, dissident USCCB 'crats who sported Gore, Obama and Clinton bumper stickers in (your) parking lot are safe!" Whoever said the bishops' conference wasn't good at PR? But here's another somewhat overlooked point and the actual thrust of this Vortex episode. And it relates to more than just  Fr. Weinandy's letter.

It more than seems that evil everywhere is being exposed. It's all coming into the light — the evil in the Church that has been quietly at work for decades — the evil in Hollywood that has also been present for decades but hypocritically covered up and deflected — the evil in Washington D.C., which many of us have just come to accept as business as usual but never suspecting to the degree we are now witnessing — and the evil present as a matter of routine in the information media, the news giants, who have developed a fine art out of trying to manipulate public opinion for evil. Every bit of this is being exposed.

And interestingly enough, it all seems to be circling around U.S. President Donald Trump, not as the cause of it but as the man who perhaps Providence has placed in the center of the storm to bring about all the revelations. Think about it — the insanity in Washington D.C. about Russia and Trump campaign collusion pushed ad nauseam by a media complicit for decades — in covering up the sexual scandals of Hollywood suddenly backfires on them as the truth is revealed that it was the Democrats and especially the Obama/Clinton world that was actually colluding, the same Obama and Clinton world extremely friendly with all the sexual predators in Hollywood who kept financing their campaigns.

You talk about incest. The world has never seen such incest as this. And who is standing right there in the middle being attacked from every one of those despicable and deplorable people — the President of the United States, Donald Trump who every one of them worked to destroy during the campaign and have increased their efforts to destroy him after the inauguration?

And so the question must be asked why? What is it about Trump that engenders near diabolic rage against him even from many within the Church who are of course on friendly terms with the Leftist's Axis of Evil — D.C., Hollywood and news media. Could it be that whether he is consciously aware of it or not, Trump sees the importance of morality and religion and actually seems to promote it? Again, this isn't something he needs to actually be actively pursuing or doing. He has become a rallying point for tens of millions of people who do see the need for a restoration of decency and morality — a decency and morality that the Left's Axis of Evil has spent decades destroying.

The Left's Axis of Evil has had many allies in the Catholic Church for the past 50 years, many of them gay men hiding in the clergy to completely undermine the Church's teachings on sexual morality, as well as other teachings. They are still there. Father Weinandy, of course, doesn't get into this particular aspect of things in his letter to the pope, but it is an open secret in Rome that many of the men around the pope are hugely supportive of the homosexualist agenda if not actually actively gay themselves and enjoy much largesse in the Eternal City these days. This is why they are for the moment bulletproof. They feel untouchable — feel untouchable.

They like promoting the idea that arch-heretic Martin Luther was a swell guy, that all are welcome, that we have a reasonable hope that all men are saved, that all religions are pretty cool, that gay sex is just another choice but no big deal, and it must be reverenced. We don't need to continue with the list as much as we could for hours. You know what's going on. These perversions of the Faith are all related with the Axis of Evil on the Left.

One promotes the other. They all converge in one giant cataclysm and that cataclysm is being exposed. Evil can never lay hidden for ever. All that is needed is some catalyst, some thing or person who purposefully or accidentally sets the truth in motion and then like St. Augustine says the truth, which is like a lion set free, needs no defense.

It appears right now like President Trump could be that catalyst. In fact, if you recall, that article this past summer from the Axis of Evil supporters in the Vatican that lambasted us, here, at Church Militant, the one by Antonio Spadaro, was actually in large part an attack on President Trump, thinly disguised as a commentary on cooperation between right-wing nutty dangerous religious extremists. The whole thing completely backfired on them.

If you look at this from the 30,000-foot view, here's what looks like is happening. The Axis of Evil was just about ready to complete its trifecta — Hillary was about to win — with her promise that religious views would have to change. The apoplectic response by the members of the Axis of Evil has brought into the open all their hidden evil, and everything is now being exposed everywhere, including, most importantly, in the Church.

As the Allied forces stormed the beaches of Normandy on D-Day on June 6th, 1944, Winston Churchill offered perhaps some of the most insightful comments in world history. He said "this is not the end. It is not even the beginning of the end. But it is perhaps, the end of the beginning." The battle is now engaged. All is being exposed. There is no excuse, no place to hide, no rationale for not jumping into the fray.

Almighty God has brought all this about. Heaven is waking us up, calling us to choose sides. The time for slumber is over. Praised be Our Blessed Lord for His allowing us to join in the fight. 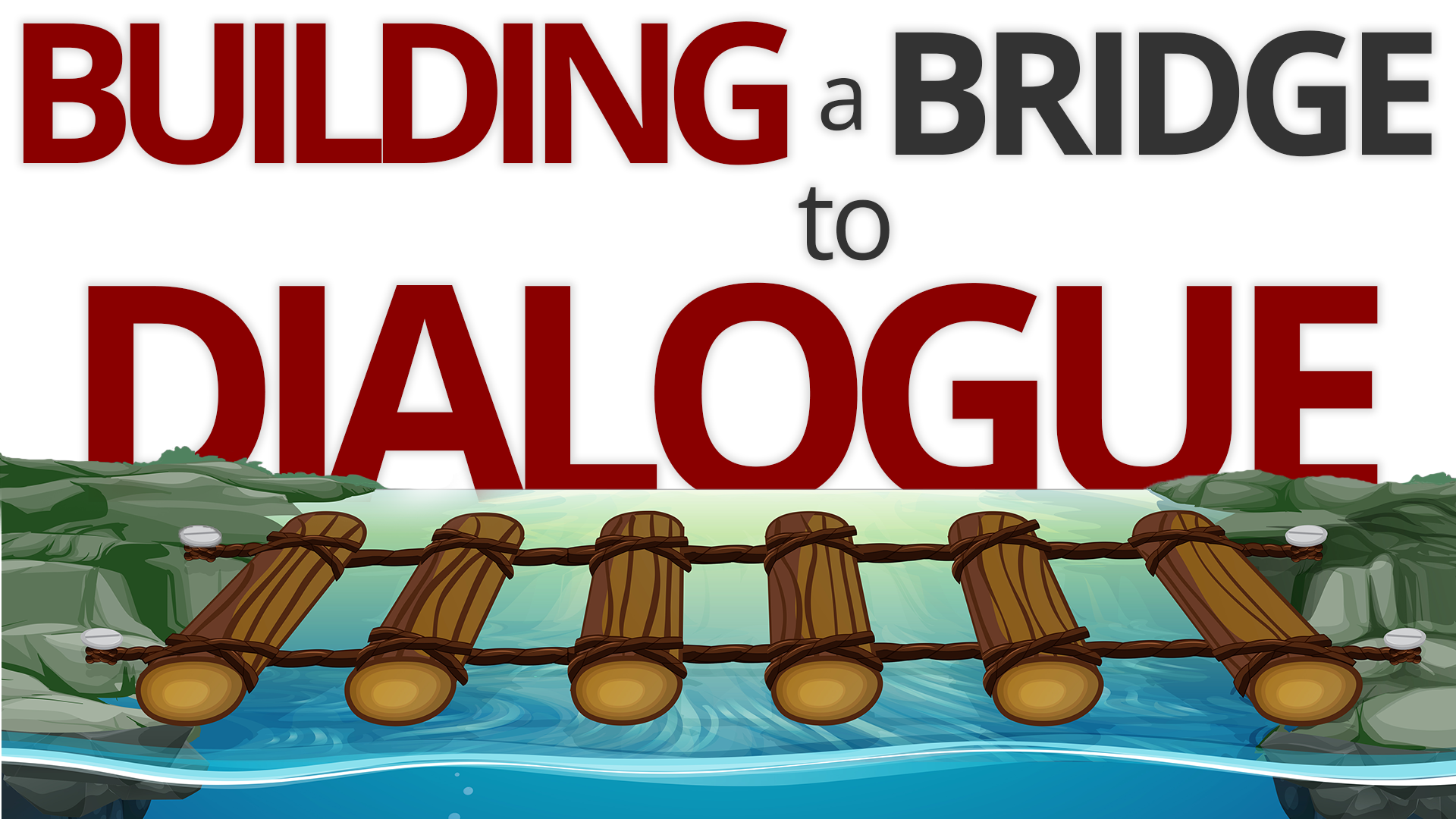 Building a Bridge to Dialogue
Let's talk about it.