And of course, the bishops are on the wrong side.

There's an old expression: People vote with their feet, and their money goes with them. If that's the case (and there is a lot of precedent for it) then it's important to understand what's happening in the contemporary "war" between the states. It's a cultural war. Well, at least for the moment, it's confined to cultural issues. Who knows what will happen down the road. But for the moment, it's all social issues like abortion, climate change, immigration, gun control and so forth.

And here's the rub: Back in the day, states used to battle each other for businesses to come to their state with tax incentives, labor-force availability, price breaks and so forth. But today, it's like clown world. First, every blue state in America is quickly dissolving into an economic wasteland. The citizen- and corporate-immigration rates are sky high, as people and businesses "bolt the blue."

For example, as Democrat governors in blue states went on their tyrannical COVID tears in 2020, IRS numbers show residents, businesses and wealth flowed out of those states and into red ones. Forty billion dollars poured out of California and New York combined, while thirty billion flowed into Texas and Florida. 2021 numbers are expected to show even greater economic devastation for blue states.

Moody's Investors Service recently released data showing the best-performing economies are dominated by Republican-led states, and 8 of the 10 worst are blue states. Likewise, what the Biden administration never tells you when bragging about unemployment data is this: It's the red states that have recovered all the jobs they lost during the pandemic and added 341,000 over and above the days of COVID. On the other hand, the blue states are still deep in the hole — 1.3 million jobs.

People vote with their feet, and their money goes with them.

As a nail in the coffin earlier this year, business executives rated the top 10 states as top places to locate their firms. All of them were Republican-led. The 10 states least favored by the business executives were all Democratic-led. Now, normally, states would be bending over backward to offer the usual economic incentives for businesses to move back or start up. Instead, in a most bizarre twist, they aren't. What the blue states and their phony-Catholic governors are doing instead is pitching businesses on how woke, abortion- and sodomy-friendly their states are.

For example, phony-Catholic New Jersey governor Phil Murphy recently reached out to businesses and said about the Dobbs decision overturning Roe that it will have a "chilling effect ... on your ability to attract and retain top female talent by being located in a state which has refused to recognize women's reproductive freedom."

In California, the phony-Catholic governor there appealed to businesses along the same lines, saying

Some businesses may have left. Come on back. ... Freedom is under attack by Republican leaders in states like Florida — banning books, restricting speech, making it harder to vote, criminalizing women and doctors. ... I urge all of you to join us in California, where we still believe in freedom; freedom of speech, freedom to choose.

It's the same with the phony-Catholic governor of New York, Kathy Hochul, sitting on a state being bled dry as people as business flood out of her Marxist Empire State. Notice for the record, all you faithful Catholics, all the phony-Catholic political leaders simply left alone by the bishops. In a survey of the top 10 wealthiest states in the country, 3 of the top 5 are run by phony Catholics, and that's excluding Kathy Hochul of New York, which did not make the top 10.

So this all brings up what we might call the "under the radar" phony Catholics, the other ones besides Joe Biden and Nancy Pelosi. In a word, they are legion. And yes, the bishops in their respective states give them a "get out of Hell free card," or so they think.

Despite gross characters on the so-called religious Left like James Martin and Thomas Reese portraying the bishops as pro-life activists, no one who counts himself as a faithful Catholic believes a word of that. Heck, even when Biden finally "jumped ugly" on abortion, actually pushing for its codification by Congress and ending the filibuster to pack the court and overturn Roe's overturning, all these supposedly pro-life bishops were nowhere to be found.

When Nancy came out and shrieked in horror at the overturning of Roe, the bishops sat on their hands. So can anyone in his right mind really expect that those high-profile cases being left alone is a sign that any bishops will go after a phony-Catholic, pro-child-murder governor? Don't hold your breath.

But what's extremely interesting and telling is that even as the battle now goes back to the states, the bishops are still as quiet as church mice. For example, in California, the state's conference of Catholic bishops has taken an official position of neutrality on what amounts to an infanticide bill.

The bishops are still as quiet as church mice.

In Maryland, where the chairman of the bishops' pro-life committee (Baltimore archbishop William Lori) is the state's top prelate, the state's Catholic conference did next to nothing when a radical abortion bill was open to public comment. The bill funded abortion training for nonmedical professionals and laid aside tax dollars for out-of-state women to flock to Maryland and have their abortions paid for.

Yet Lori and his cronies kept their mouths shut in exchange for a deal with lawmakers to help keep the lid on what's known as a "lookback window," a law allowing sex abuse victims to sue after the statute of limitations had previously expired. It's clear that just like on the federal level for the past 50 years, the U.S. bishops are (and will remain) completely compromised on the abortion debate coming soon to a state near you. This is exactly why homosexual men, weak men and those involved in cover-up cannot be bishops under any circumstance.

The states under phony-Catholic political leaders may destroy themselves economically, but they won't go down without any help from the bishops. In fact, as those governors are sending out messages to various businesses to come back to their states because they are abortion friendly, they might as well add to their demonic lists the friendly environment for covering up the rape of thousands of altar boys. 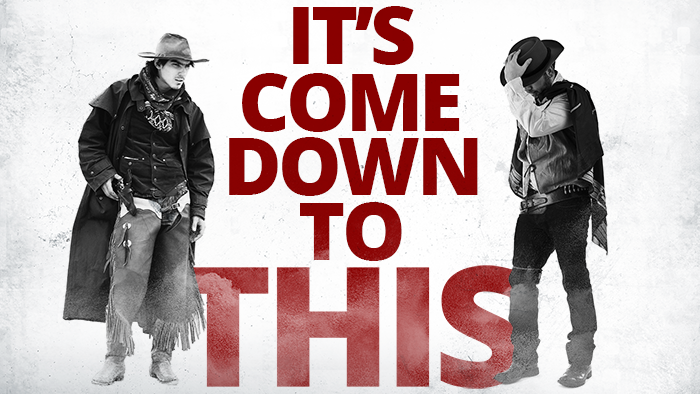 It’s Come Down to This
Fight or die.