Eye of the Storm

Fighting for the future.

Despite the euphoria — deservedly so — over the overturning of Roe, the damage over the past 50 years does not bode well for the future. Think of the cultural devastation as a Category 5 hurricane. Right now, we are in the eye of the storm, a period of relative calm before the back end of the storm comes slamming ashore, and the back end is always more devastating.

During the eye, there is time to clean up from the initial damage and then batten down the hatches and prepare for what's coming. In case you're wondering what we're talking about, here it is: Look at these two polls, one specifically involving Catholics; the other, the population in general.

First, the Catholic polling conducted primarily by Real Clear Politics — the bottom line of the pretty extensive questions is that Catholics as a whole are much more accepting of globalism than the nation at large. And this is demonstrated through a hard look at answers to multiple questions. Fifty-nine percent of Catholics believe the country is on the wrong track, almost 20 points behind the rest of the country at more than 75%.

By a margin of 47–42, Catholics disapproved of the overturning of Roe. But in a slam in the face to Church teaching, 65%–23% acknowledged the Church is opposed to abortion. Translation: While two-thirds of Catholics understand the Church's teaching, nearly half just don't care. That'll end well!

Question after question in all kinds of polls and surveys over the last few months reveal Catholics to oftentimes be the "tip of the spear" on immoral social policies. And when it comes to the youth, faithful Catholic young people are almost nonexistent, as surveys reveal most of them abandon the Faith between the age of 10 and graduating from high school.

That last stat closely mirrors American youth in general. In the second poll we studied, a Rasmussen poll on patriotism and love of country, in every single category, more people under 40 had a negative view of America. They said they were not proud of America and believed the Constitution is rooted in racism and sexism. Talk about playing right into the globalists' hands!

It's what's coming in a few years that we here at Church Militant are warning about. So many of the young, those under 40, have been so brainwashed and mind controlled by schools and the Marxist media, which serve as the mouthpiece for the entire globalist regime, that they have lost all sense of proportion and reality. That is only getting worse by the day, and frequently it's Catholics at the forefront.

They said they were not proud of America and believed the Constitution is rooted in racism and sexism.

We are in the eye of the storm right now; no one should be deluded. In 10 years or so, many of the people who toiled for decades to bring about the Dobbs decision will have died off. Demographics are destiny.

It is impossible to deny that the leading instrument by which all this has happened is the media. Joe Biden himself even admitted that it was TV shows like Will & Grace back in the '90s that paved the way for the legalizing of gay "marriage." The importance of the media cannot be understated. That's why we have built all this. The Church Militant/St. Michael's Media Center is where it all happens — the trapping and exposing of the lies of the liberal world order within the Church as well as outside the Church.

Church Militant is extremely grateful for all the help and support we have received over these many years from all of you. Your generosity has always been outstanding. For that reason, and trusting once again in your support, we are unveiling a six-month, million-dollar fundraising effort to fight for the future. It will lock down this effort for the coming years and everything possible to blunt the coming storm.

Nowhere in the Catholic world is there an apostolate more equipped to engage in this work. No one "gets" media like Church Militant. We led the charge in the world of video, being the first Catholic apostolate to be present visually on the internet. Others followed our lead. We have offered the most in-depth, explosive, no-holds-barred exposés of the corruption in the hierarchy and its cooperation with the liberal world order.

As a point of proof, no other Catholic outfit has been so attacked by the Marxist media as Church Militant. The New York Times, Associated Press, Washington Post, Reuters, Detroit Free Press, The Daily Beast — you name it, they've come after us. Despite their best efforts to shut us down and get people to ignore us, Church Militant has only grown, with millions of people now consuming our information every month.

No one — and we mean no one — in the Catholic world churns out the amount of information we do on a daily basis. And it's not just information, it's well-produced information because our competition is not just other Catholic media; it's the Marxist media. The media whose slick production and excellent packaging have lured in tens of millions of Americans nonstop.

In just one 30-minute window each night from 6:30–7 EST, nearly 10% of the entire U.S. population watches the Marxist media evening newscasts on the three major networks. That's 10% every single night! Close to 20 million viewers in just 30 minutes. And remember, this does not include the 24-hour CNN, MSNBC and CNBCs of the world; the multiple websites they have; and the dizzying array of social media platforms streaming the propaganda nonstop.

There is something of a response online to the Marxist messaging. But a good part of it is Wild West style — not really professional, low quality when it comes to journalism and largely commentary. There has never been a truly Catholic response to this Marxist media juggernaut until this apostolate. The increasing intensity of the war has greatly increased the demands on us and how we conduct regular business. For example, we spend a huge amount of money each month to keep our content out of the reach of the Marxist cancel mob.

They work for the Devil, and we work for Jesus Christ and His Holy Catholic Church.

This is why we built and maintain our own top-flight servers to hold tens of thousands of hours of content — more than any other Catholic outfit on the planet. It costs us tens of thousands of dollars a month just to maintain this infrastructure, nearly out of reach of the Marxists. And frankly, we have no choice. We have to prepare for rough seas ahead despite, for the moment, being in the eye of the storm. Our website itself, ChurchMilitant.com, is second to none in its level of sophistication.

We begin each workday with Rosary and morning prayer, and end with evening prayer in our beautiful chapel. Every single thing we do here has the Faith interwoven through it and then presented in the most professional manner possible, looking every bit as good as the Marxists. The essential difference is, however, that while we look every bit as good as them, they work for the Devil, and we work for Jesus Christ and His Holy Catholic Church.

To whatever degree you are able, and we know these are difficult times (they are for us as well), please click on the provided link and make whatever tax-deductible donation you are able to. All this week, we'll be going in depth into what we do here. Some of it you see; other aspects you don't.

Remember, this is your apostolate — we just run it day to day. Thank you in advance for your generosity and support, both spiritual and financial. You have our word that we will never give up fighting for the future.

For the thousands of viewers of our Evening News who watch live each night, we will be taking your calls and questions live all next week about this large undertaking and more on our goals and plans for the future. 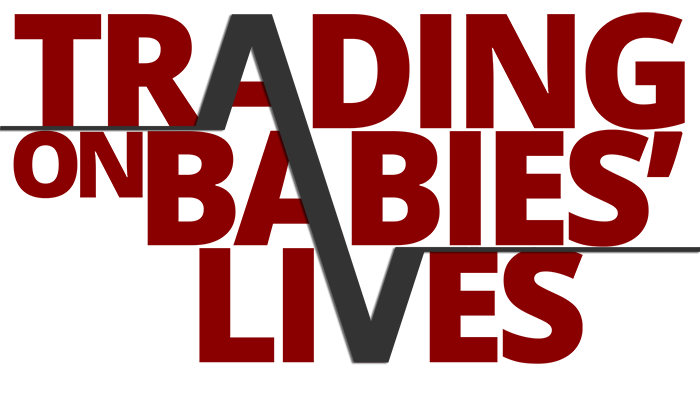