And you need to act now!

Last week's Congressional hearings and testimony of Facebook founder and CEO Mark Zuckerberg was history in the making. It was an indication that the internet and social media have truly come of age, meaning Facebook has gotten so big that it now requires regulation to protect users' information from being abused. When you stop and consider that reality for a moment, it is not only amazing but also very chilling — chilling because Facebook controls precisely what information is able to be shared, a decision made by roughly 20,000 liberal-minded techies sitting in Silicon Valley. And for faithful Catholics, here's a warning: watch out!

As we know from during the 2016 U.S. presidential campaign, a lot of attention and analysis by liberal media gnomes was being focused on the impact of social media during the primaries and general election. Facebook and other platforms began changing their internal algorithms in such a way that the net effect was less conservative news making it onto your Facebook feed and other sites. Facebook claimed the reason for the algorithm change was to prevent personal pages from becoming flooded with news sites posting articles, but a funny thing happened. It appears only conservative news was actually blocked — the bad actors who support abortion, same-sex marriage and so forth seemed to have gotten a pass, a point raised by Cruz to Zuckerberg.

One conservative GOP candidate running for Congress even had his political ads blocked by Facebook, and when news of that spread, Facebook apologized and said it was a mistake, which was the topic of a Tucker Carlson interview with the candidate. Every time something is blocked or given dramatically less exposure owing to its moral or political or theological stand, it always seems to be conservative information.

Now, it's no secret in the world of political vote counters that political conservatives have a lot in common with orthodox Catholics and vice-versa. So, it has apparently become necessary for the gatekeepers at Facebook to greatly limit the spread of conservative news, and they have lumped together social and Catholic conservatives. We know exactly what we are talking about, here, because it happened to us. Up until August of 2016, Church Militant's Facebook page likes were increasing at a clip or roughly 3,000 a week, sometimes a little more, sometimes a little less. It's how we were able to garner the close to 194,000 likes our Church Militant page currently has. But after Zuckerberg and his group "changed the algorithm," all of a sudden our 3,000 likes a week suddenly plummeted to somewhere between 50–150 and have stagnated since.

One week in August 2016, suddenly it all hit, and we have never ever picked up steam since. One week, after about 65 weeks of roughly 3,000 likes a week, it changed overnight and has never recovered. What many people are either ignorant of or just waking up to is the ideological bent of those who control what information you get has not changed one iota. The mediums have changed but the same ideology persists. In days gone by, it was major newspapers and networks that controlled the type and flow of information you received. This was to keep you propagandized and mind control you into throwing your lot in with a socialist vision of America. Then when the internet arrived and the old media got sort of blindsided by the new social media, lots more truth started getting into people's minds.

That transition, when the old guard media were reeling and the new social media giants hadn't yet fully realized how their platforms were being used by the good guys to spread the word, that gap created an opportunity which conservatives took advantage of, even electing a president. But since that time, the new social media gurus have realized the truth and have started doing what the old guard media giants used to do and still do, they have begun manipulating information to once again keep you in the dark.

This is why we are making this direct appeal to you.If you follow us on Facebook or any other social media platform, fine, but you need to start coming to churchmilitant.com directly, every day, because loads of our info — shows, articles and so forth that used to be allowed by Facebook are now routinely blocked, ignored or shoved to the bottom of your news feed deliberately. Make Church Militant your homepage and check us out a few times day, just like many of you do for Drudge Report or Fox News, etc.

Liberal news outlets like The New York Times  were not hit very hard by the resetting of Facebook algorithms for two reasons: one, they weren't especially targeted from the outset, and, two, their followers don't rely on social media platforms, they just go directly to the source, the homepage of those leftist propaganda sites. Conservatives need to start doing the same thing, and they need to do it now in droves.

Keep Facebook for friends and stuff if you want but do not rely on it to get you solid Catholic news and information. It won't come to you, you have to actively go and get it just like liberals do. And if you want alerts and notifications of what we are doing and our analysis, just sign up for those in the upper right-hand corner of the homepage.

Liberals, socialists, Communists — really all the same crowd — always get control of the information stream and use it as a means to limit resistance and brainwash citizens. They did it in America for abortion, contraception, same-sex marriage, transgenderism, school, sex-ed curriculums and so forth. Until we faithful Catholics understand the game and then get in it, we risk the loss of the souls of our loved ones. There must be an alternative voice to the socialist dominance of the media, and we want to be that voice for you.

Please, don't just trust liberal anti-Catholic media giants to give you our news. Bypass them and just come to Church Militant yourself. Make Church Militant your homepage and get our notices delivered directly to you from us, not through a secular outfit ideologically opposed to the Church. Why would you do that? The hearing last week on Capitol Hill exposed the whole truth of what's going on. Now, what are you going to do about it for yourself and your family? Come directly to churchmilitant.com every day. 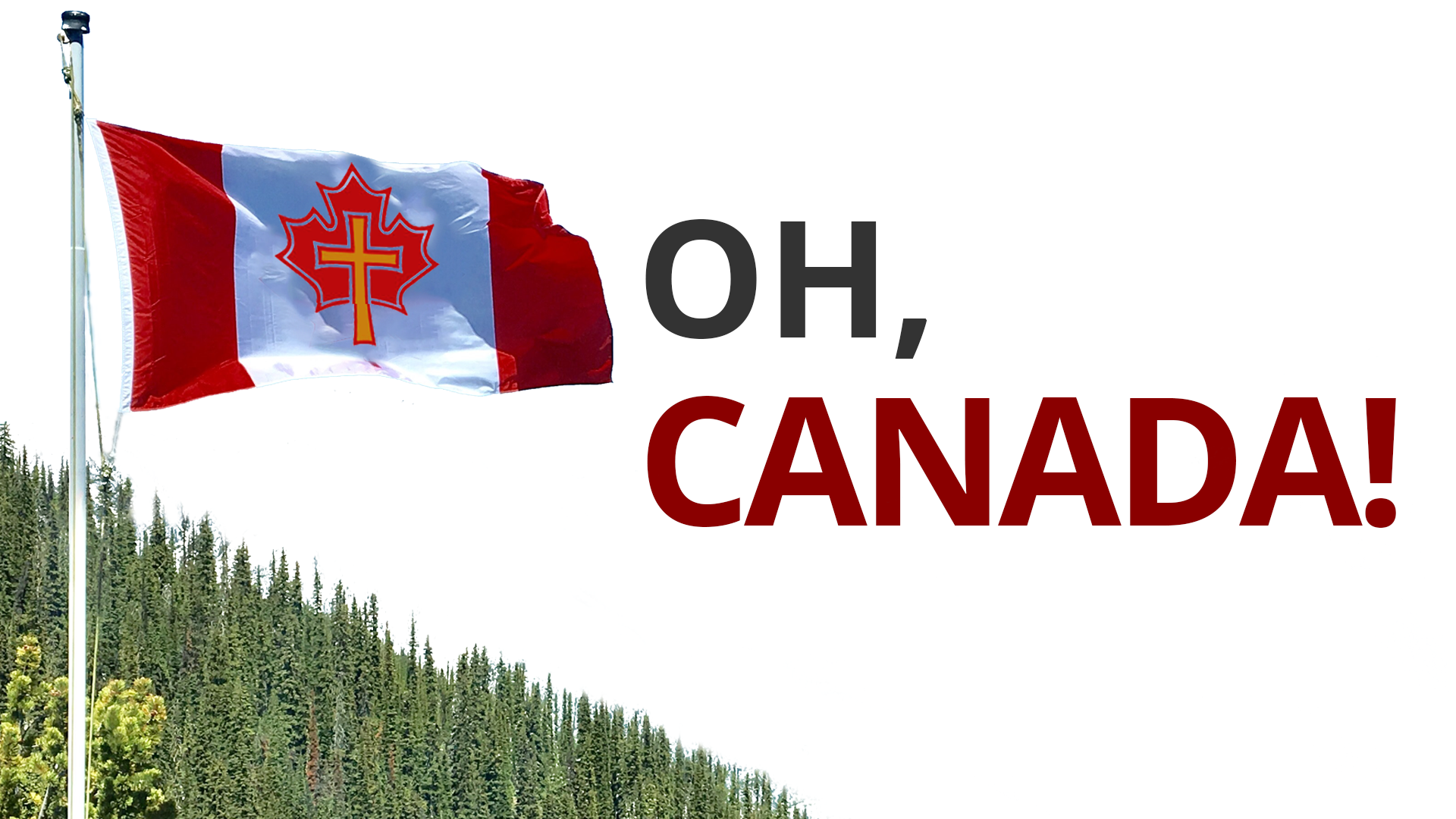 Oh, Canada!
It didn't have to happen.