The prevailing problem in America today, as well as in the Church — the root cause — is failed manhood. The tentacles of this problem have reached into every aspect of life — economic, psychological, emotional, spiritual. No area of the human experience has been left un-devastated by it.

On the cultural level, failed manhood is manifested in numerous ways, from the so-called gay-rights movement to the gangs ruling the urban landscape. Each in their own ways, those two realities are living examples of what happens when manhood fails. In the area of urban gangs (and the attendant violence and killings), manhood is understood as the assertion of power and violence over the weaker.

That's a misuse, an abuse, of the physical power of manhood. Unlike what the Marxist narrative has been drumming into people's minds for decades, there is a difference between males and females. Males are generally physically stronger and more powerful than females. It's just a biological fact. It doesn't make men "better" than women or women "worse" than men, any more than the biological fact that women get pregnant makes them "better" than men.

Biological facts are simply that: facts. And the Marxists are not entitled to their own facts, despite their attempts to create them. But it is a failure of manhood for some men to see their physical power over those weaker than them as an instrument of domination. That's fine in athletics; it's sort of the point of sports. But on the street and in neighborhoods, the exercise of that mentality becomes criminal.

It's failed manhood writ large. Switching over to the opposite end of the failed-manhood spectrum, the limp-wristed, highly feminized presentation of "manhood" portrayed in the gay movement represents another glaring example. On that end of things, authentic manhood is portrayed as something to be opposed and mocked. This is part of the reason behind so much embracing of the feminine by males who openly embrace their homosexuality.

In the Church, we see the exact same thing — example after example of failed manhood in the ranks of the ordained.

In the gay community, it's commonplace for men to call each other by women's names, to speak with a valley-girl cadence, a feminine lisp, to have the physical humors and gestures of women, to associate with women — usually unattractive women that gays nickname "fag hags" — and, importantly, to not have friendships with heterosexual men, at least as a routine.

In short, gays "celebrate" their non-manliness. It comes out in fashions and even in the vocabulary of the gay community, which screams a hatred of manhood with terms like "queens" and "twinks" and "bottoms." It is a complete and total rejection of all things "manly," even right down to the manly world of athletics.

Authentic manhood is rejected because somewhere back up the line, they suffered abuse at the hands of another man or men. It could have been positive abuse perpetrated against them physically or psychologically. It could have been negative abuse in the form of deprivation of what they, by right, should have gotten from their father.

It could have been from peers or superiors: There are myriad avenues. But in the end, for gays or gangs, they are victims of failed manhood and have, in turn, come to embrace failed manhood as their own identity. But that identity has caused a rage within them because they know, instinctively, that this is not the way it's supposed to be.

So a life of constant frustration is their lot unless they are spoken with and to honestly. In the Church, we see the exact same thing — example after example of failed manhood in the ranks of the ordained. In the clergy, there are many homosexual men — frustrated, effeminate, vindictive, lustful; but mostly insecure.

The men most capable of providing safety for the souls in their charge are the ones who will be most detested by the 'queen crowd' that runs most dioceses.

And they are insecure because they are not in possession of themselves. So wrecked are their psychologies that they blow in the breeze, chasing after approval wherever they can find it. Likewise, they are petrified of authentic manhood in actual men. The thought of a muscular Catholicism terrifies them because they are instantly out of their league.

They are incapable of presenting the Faith in a manly way because down deep, they know they aren't manly. Authentic manhood is centered on the safety and protection of the weak, the defenseless, the innocent. And "safety" is the key. Our Blessed Lord — in whom authentic manhood has its origin — came to provide safety for the defenseless.

He came specifically as Savior — a Savior who would keep us safe, provide a safe harbor from the clutches of the Devil and damnation. Safety is the single desire of the human heart: To be safe means to be loved, understood, protected, enveloped, out of reach of all harm.

To deprive a person of safety destroys their soul, inflicts lasting pain, sets their life spinning out of control. Manhood is about sacrificing to provide that safety. Clerics who are examples of failed manhood are incapable of providing safety to anyone because they are so busy — unsuccessfully — chasing it for themselves.

The glaring lack of manhood in the clergy has become perpetual. Actual men are seldom allowed into seminaries, and if they get in, they are even more frequently not ordained. Their manliness is seen as a threat, as a constant reminder of what their superiors do not possess themselves.

The occasional ones who do slip through oftentimes have a hard go of it once they get into the system. They experience little fraternity with their brother priests who are in the feminized cliques. They are ostracized, given the less-desirable assignments and realize relatively quickly that they will be largely cut off.

The very men most capable of providing safety for the souls in their charge are the ones who will be most detested by the "queen crowd" that pretty much runs most dioceses in the United States.

It's time for faithful Catholics — especially young men — to reclaim authentic manhood in the culture and most especially in the Church.

And, as a reminder, we will be discussing all of this at Church Militant's upcoming men's retreat — our sixth annual "Strength and Honor Retreat" being held here in Detroit in early August.

Please click on the link to register and for details. 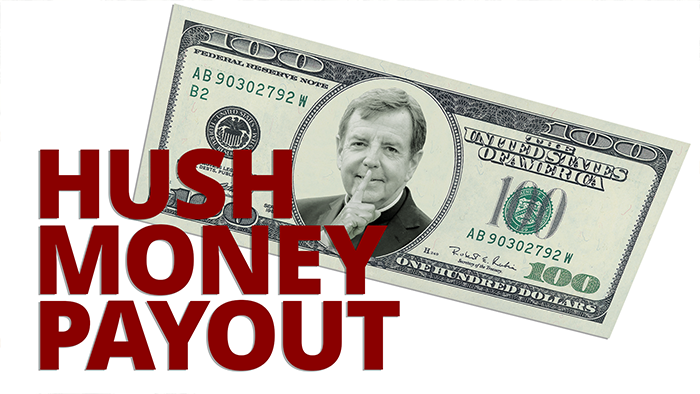