Faithful Catholics on Offense, at Last

And it's only just beginning.

Despite the glowing, fawning assessment by Pope Francis of the noble Donald Wuerl in his letter accepting Wuerl's resignation, make no mistake, Wuerl is gone because of the relentless coverage in social media by faithful Catholics who are done with the lies, cover-ups, scandals, homoclericalism and overall lack of accountability.

Even Catholic League President Bill Donahue — no friend to Catholic peasants, although he happily takes their donations — admitted as much as he attacked the peasantry for being "purists," having too high a standard for the shepherds.

It is a stunning turn of events, a whole new era has been entered into in the Church, where the voice of Catholics peasants must now be listened to, and it's happening on the internet, a phenomenon that double-dealing members of the hierarchy failed to understand a number of years ago.

That's why there continues to be this chatter in Rome about combatting all this with some sort of Good Housekeeping Seal of Approval from the Vatican for various Catholic internet sites. They aren't sure how to contain the storm.

Sorry, but that horse has left the barn. Imagine the reaction of faithful internet-savvy Catholics if the Vatican issued a seal of approval and said if you don't have this on your site, then you aren't credible and Catholics should avoid you — talk about a St. Peter's Basilica-sized blunder.

Faithful Catholics would instantly understand that the absence of such a seal would actually function as a kind of a guarantee of orthodoxy and the seal on a given site would mean that site is a propaganda arm of the homoheretics and other heterodox in the Vatican.

Actually, on second thought, maybe we should be cheering for them to come up with a seal.

While many of the heterodox and homoheretics in the hierarchy were too busy thinking they can do whatever they want, the anger boiling up in the ranks of the peasantry was producing a social media Catholicism where authentic Catholic teachings were being preserved and discussed and defended — and where the traitors to the Faith were being mentioned more and more frequently.

Whatever niceties and lingering presence Wuerl has been given, the truth of the matter is this: If it were not for the Catholic internet, he would still be the fully functioning archbishop of D.C.

No matter how much of a victim he is portrayed as, the truth of the matter is he is gone because he was part of all this malevolence and the Catholic faithful had had enough — especially when he contributed to his own demise by saying he knew nothing about McCarrick, that the bishops should investigate themselves, this whole thing wasn't a massive, massive crisis and he had not moved around homo-predator priests while in Pittsburgh, a claim clearly contradicted in the Pennsylvania grand jury report.

That report and the maelstrom surrounding it has now touched off attorneys general investigations in 15 other states, and how bishops in those dioceses and archdioceses react will now be under scrutiny for months and years to come.

There isn't a sober-minded Catholic with a pulse who doesn't already know that we are going to see a repeat of Pennsylvania at least 15 more times — and this is before any federal RICO investigation ramps up after the midterm elections.

All of this is causing shock waves throughout the establishment Catholic world — a new normal, a new bar has been established and that's just the way it is. The heterodox and homoheretics are coming to realize this, and there isn't a blessed thing they can do about it, and it irks them to no living end because they used to run everything and now they no longer do.

Think about it all for just a moment, the list what has been exposed and published and talked about non-stop in the Catholic sphere, and has rocked their world, the now undeniable fact that the priesthood and episcopate has been infiltrated and seized control of in large parts of the Church by homosexual men and sympathetic allies. That alone has done massive damage to the passing on of the Faith.

Enormous financial scandals related to the homoheresy have been unearthed as well.

Antonio Spadaro's hit piece on Church Militant last summer, signaling that we and others had come onto their radar.

Father Thomas Rosica and his pro-gay talks to seminarians all over the country, where he also continues to attack Church Militant by name specifically and other outfits more generally.

Father James Martin being the cheerleader for everything gay in the Church, disguising it as mercy and those who support the Church as haters.

And the most recent spate of news that involves Pope Francis involvement in covering up homo-predator Theodore McCarrick, and similar cases when he was archbishop of Buenos Aires.

What does the New World Order of Peasantry in the Church do, what does it bring to the table?

Compelling interviews with in-the-know laity like Alice von Hildebrand, who has been in this war a long time, bishops who are speaking up and warning of the vast spiritual dangers that are so clearly present in every corner of the Church and Stephen Brady, founder of Roman Catholic Faithful, who brought down active homosexual Bp. Daniel Ryan in Springfield and now has their sites set firmly on Cdl. Cupich.

Father Paul Kalchik, victim of Cupich's pro-gay agenda and twisted theology forcing one of his own priests into hiding, the unearthing of a pipeline for gay seminarians from South America into the United States, initially set up by Bernardin and McCarrick and expanded on by Bp. Henry Mansell in Buffalo, the culture of homosexual predation present in U.S. seminaries for decades only now coming to light in all its gore, the shredding of documents and lies and deflections over proved high-ranking homo-predator priests such as in Saginaw, victims of all this evil whose lives will never be what they could have been and the gross miscarriage of justice that none of those responsible for the cover-up ever seem to pay the price — a new normal has absolutely arrived, and it is here to stay.

The carnage these evil, wicked prelates have brought to the Church has exacted a heavy cost, and as a result, the Church is in full blown retreat.

But in the midst of all this, faithful Catholics — laity — are emerging and organizing, giving hope where there was none before. For decades, the bad guys got away with murder — in some cases, literally — and they trampled on the faithful laity as though the Church was somehow there personal property.

They are now having to deal with the consequences of what they themselves have unleashed: faithful Catholics, on offense, at last. 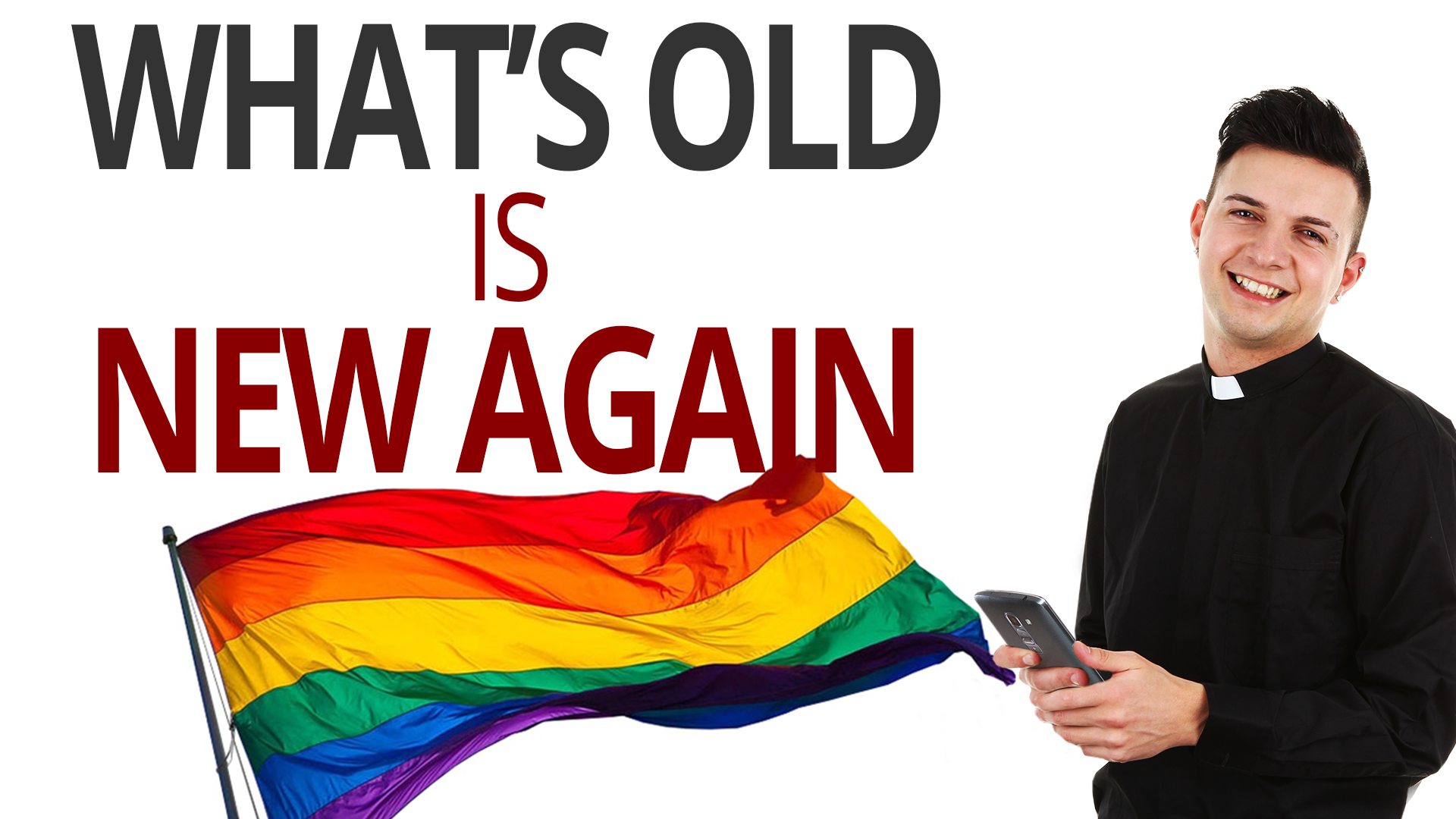 What's Old Is New Again
Let's get ready to rumble.