Fighting Back, at Last!

For the love of God, fight with all your strength!

It's been a long time in coming, at least on any measurable scale, but it does appear that a backlash is forming against the modernist Church of Nice. And we aren't talking about schismatic groups or breakaway Catholics. We're talking about from inside the actual Church.

There is a growing chorus up and down the Church pointing to the reality that things have gone desperately wrong and this mess needs to be addressed. Cardinals Raymond Burke, Robert Sarah and Malcolm Ranjith have all made multiple comments, written books and so forth about the crisis. A number of other bishops and religious are starting to become more vocal.  And in the world of the Catholic blogosphere and faithful media, the talk is of nothing else.

In the world of politics, the phrase is asked: From what side are all the new ideas coming? Whatever side has the new ideas is the side that usually sets the tone for the future, and right now, all those ideas are coming from the orthodox side — actual Catholics, not phony, traitorous Catholics who have largely run the show for the past 50 years.

We like to point you to two such examples of priests who are clearly fed up and are sharpening their attacks, both of whom have written recent articles to help people come to understand the deep mess we are in.

Monsignor Charles Pope, published in the National Catholic Register (which has done a recent purge of some of the more "progressive-minded" Catholics), said very plainly: "Our bishops especially need to shift into another mode entirely. Collectively and currently they seem more interested in protecting what little we have left than summoning the Catholic people to battle. Priests too seem loath to summon people to anything challenging or uncomfortable."

That line could have been taken straight from practically any "Vortex" episode in the past eight years. But the point is exactly that: It wasn't. It's a priest, writing publicly — as he has often done — that the bishops need to get off their keisters and realize the dreadful state of affairs currently facing us.

On the other side of the world, another priest, God bless him, Fr. Glen Tattersall lets it rip about the unfaithfulness of many leaders in the Church, at one point speaking in conspiratorial language about plans for an Australian Synod being called for.

The 50-year-old strategy (if one can call it that) of appeasement has failed. If we could begin with an admission of failure, and the acceptance of responsibility by those concerned, we might get somewhere. But it is evident that no such honesty or clarity is intended. Quite the contrary. This assembly, should it ever meet, will have all the breadth and spontaneity of a Communist Party Congress in Pyongyang. As in the case of the Synods on the Family, it will be carefully prepared and conducted so as to exclude — or at least marginalize — any views that do not conform to the clichéd expressions of worldliness that pass for insight and compassion

This is the kind of resistance, the very sort of uprising, that is needed by faithful priests to be cheered and supported by faithful laity, to keep pounding the drum, banging the drum. The Catholic faithful have been betrayed for half a century. The traitors are the ones who now hold power in much of the Church — and thank God that life on earth is not forever.

Here in America, a groundswell has been forming against the likes of Chicago archbishop Blase Cupich (who doesn't seem to know there is a difference between an atheist and a Catholic) and D.C. cardinal Donald Wuerl, who seemed to be out sick in seminary during the classes on the Eucharist and canon law.

And then there is the rest of the bunch in Cdl. O'Malley in Boston and Cdl. Dolan in New York and dozens of bishops throughout the land (who are mercifully aging) who have accommodated and appeased the culture at every turn. Their days are numbered. Some of them are already approaching the grave in the near future. We should pray that they realize and confess and repent of their error before the clammy hand of death grips them.

But whatever the state or disposition of their soul and our desire that they be saved, it does not alter the fact of the horrendous, spiritually murderous legacy they have left behind. Cardinal Dearden of Detroit and Cdl. Bernardin of Chicago have long since gone to judgment, but their Judas shadows still loom large over the Church with their phony Church of Nice Catholicism installed as it is throughout the Church in the West.

But as the saying goes, every dog has its day, and there is a wakening, a resistance, a willingness to finally call a spade a spade and cut through the murkiness of the 1970s Church, which wants to so desperately re-establish itself these days, even in Rome. Every time you see an article, a blog post, a story decrying the madness currently in the Church, share it, like it, post it, send it to everyone you can. 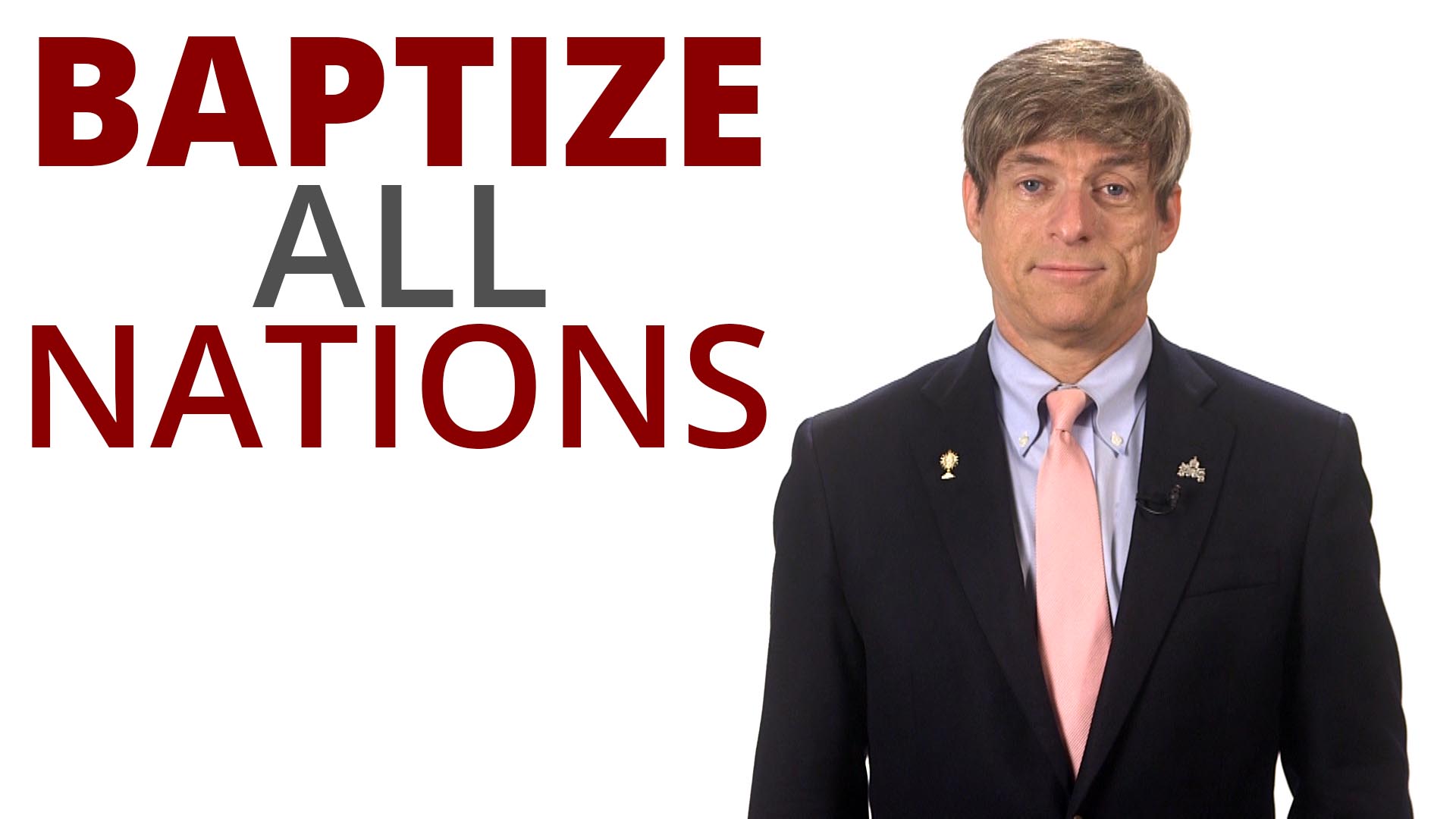 Baptize All Nations
Putting Our Lord's command into practice in Africa.