Find the Truth; Speak the Truth

As we all head into straight-up combat this year — cultural and ecclesiastical — we need to understand one basic point: Sitting on the sidelines is no longer an option, in particular the Catholic establishment media. They must choose sides, and they must do it now, and very clearly.

Here's the bottom line: These folks have enabled the evil in the Church. That's something they have to own. They knew about McCarrick, for example, and sat silent because they didn't want to bring down the wrath of the bishops on their own heads. They are complicit because they had knowledge and did nothing about it.

Again, editorial decisions to not report on any of it — or when it has been reported on, they were always late to the game.

Back in 2002 when the Boston Globe broke the first news of the homosexual clergy sex abuse crisis, they abandoned their duty as journalists and went with the flow. The bishops said everything's cool — we've got it under control, and their media waterboys dutifully re-published the bishops' deceptive press releases like they were gospel. No critical analysis, no exploring of the root causes, but actually printing articles from the bishops that denied the connection to homosexuality.

Be certain of this: Had it not been for the independent Catholic media covering all this, they would still be lying to you or keeping you in the dark.

Had it not been for the independent Catholic media covering all this, they would still be lying to you or keeping you in the dark.

Why don't Catholic establishment media, for example, cover very commonsense stories, ones of interest to any Catholic? Stories like: Why don't dioceses around the country publish their financials for everyone to see? That is an extremely legit story and, to the best of our knowledge, only Church Militant broached that topic.

Catholics, especially now in the age of corruption, have every right to know how their money is being spent. How much of their collection plate donations are going to pay off victims? How much is going to legal firms? How many assets are being liquidated? My foot Catholics don't have a right to know those answers!

And even more: How bloated is the local diocesan chancery? How much does the communications director pull down each year? How big is the administrative staff? Are there all kinds of redundant offices and departments? This is nothing more than a story about transparency.

Does the Catholic establishment media, always touting their inside knowledge of things, feel these types of stories aren't worth pursuing? In the world of authentic journalism, media reporting is all about finding the truth and reporting the truth, period.

In the political order, journalism is about being a watchdog over government because government cannot be trusted to police itself. It's why the Founding Fathers enshrined freedom of the press in the Constitution — the only profession given that kind of protection.

In a similar vein, sad to say, the hierarchy is long past the time to trust them. They have lied, distorted, covered up and enabled some of the most wicked men ever to wear a miter. These men have been horrible spiritual fathers as well as thieves, and they have left a trail of victims that will only be able to be finally sorted out on the Last Day.

When Catholic establishment media refuse to report a story, or side with the bishops and report their side, they forsake all integrity. Take the "reporting" engaged by them in the case of Fr. Paul Kalchik, who is still in hiding from Chicago Cdl. Blase Cupich. It was completely disingenuous and actually inaccurate — but it held up the establishment beautifully — painting Fr. Kalchik to be wrong and Blase Cupich to be some kind of champion.

Father Kalchik, you will remember, had to flee his parish after being threatened by Cupich after the gay banner burning incident. Father Kalchik came out of hiding and spoke with Church Militant about the role of the Catholic establishment media in victimizing him.

James Grein, long-term victim of McCarrick, broke the news on Church Militant that Cdl. Joseph Bernardin had sexually molested him, and the establishment media said nothing.

Church Militant broke the news that Bernardin had been accused of sexually molesting a minor victim as part of a satanic ritual, and that the victim had reported it to various Church officials and heard nothing in response — and the Catholic establishment media simply took a pass on the story.

Cupich did not include Bernardin's name on a list of sexual abusers to the Illinois attorney general, even though he said earlier that he would report all cases — confirmed or not — and the Catholic establishment media was MIA, totally AWOL.

Given the structure of how the Church works, and with the extremely corrupt hierarchy we now have — hell-bent on hiding truth from the laity — media reports are the only source victims have these days to gain some measure of justice. And we mean all victims — of homosexual abuse, spiritual abuse, financial abuse. It's the duty of those in Catholic media to fight for truth and justice.

If the Catholic establishment media won't do that, they need to pack their bags and stop being part of the evil. 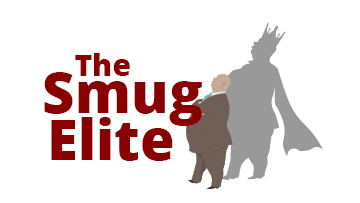 The Smug Elite
They have released the hounds.