Normally, we don't pay a lot of attention to the giant field of Democratic Party candidates for U.S. president.

But there is one fellow in particular who is a shining example of everything wrong with the Catholic Church in the United States, a man who is a blindingly clear example and incredible embarrassment to the U.S. hierarchy.

The man is Pete Buttigieg, the current mayor of South Bend, Indiana.

And he is a shining example of the near complete collapse of the Faith in the United States.

He left St. Joe's and went to Harvard, and it was there he lost his Catholic faith, but the ground for him to lose his faith had been prepared for — essentially guaranteed — by his home, parish and school, the three places so many young Catholics lose any semblance of faith.

Buttigieg's father had studied to be a Jesuit priest before emigrating from Malta to South Bend where he eventually ended up on the faculty at Notre Dame.

In the parish, he was raised in the Church of Nice — no real defense of or teaching of the authentic faith.

And at school, same ol' story: no real catechesis of anything authentic.

The entire Catholic establishment — home, school and parish — failed this guy as the Establishment has failed tens of millions of young Catholics just like him for the past 50 years.

So he went to Harvard, discovered he was sexually attracted to other males, had zero in way of spiritual or theological preparation to deal with his issue — as well as the hurricane of secularism he encountered there — and eventually converted to Episcopalianism, where the warped theology he received in his youth as well as his sexual desire for other men would be warmly welcomed.

And for all those hundreds of bishops who refuse to publicly condemn James Martin, thinking keeping silent about his personal perversion as well as his perversion of the Church's teaching is perfectly fine, Buttigieg publicly states one of his major influences is that sick priest.

How do these men think their silence will not be held against them at their judgments? Buttigieg's story is only known because he has some political fame. But it is hardly a singular story.

So what has the Church of Nice produced? A civilly married homosexual who thinks his immoral life of sodomy is perfectly fine with God, but not being eco-friendly is a sin and that human life only begins when a person can breathe.

He made both comments recently, the first at the Dems' seven-hour marathon on so-called man-made climate change aired on CNN; the second on the New York radio program The Breakfast Club.

It matters little that Buttigieg has a very low chance of securing the Democratic nomination. That's not the point.

First, as the older Dems die off, he is positioning himself to play a prominent role in the future, perhaps securing the nomination in a couple of cycles from now. So this is a warm-up run.

Secondly, he is the walking, talking poster boy for everything that has gone wrong — a living, breathing example of the ineptitude and duplicity of the U.S. hierarchy who, even to this very day, continue to betray the Faith, incubating millions of more Catholic youth in rebellion against the truth.

His appeal to Scripture for support of abortion couldn't be more rich, demonstrating a liberal-minded arrogance beyond appalling.

The same Scripture he cites in support of his policy of killing children — which it does not — also condemns his sodomy — repeatedly — and that he ignores; or, better said, appeals to the distortions of James Martin to rationalize his way through.

What has the U.S. hierarchy produced?

An active homosexual who cites Scripture to call good evil and evil good, who moralizes about the sinfulness of a completely made-up issue, which has been made-up for the advancement of an anti-God agenda, yet draped in all kinds of scriptural platitudes, proving once again, Pete, that even the devil cites Scripture for his own purposes.

Is there no end to the shame and corresponding depths that the U.S. hierarchy can fall?

One closing point, when Pete was not learning the Faith in the Catholic high school, he was winning the JFK Profiles in Courage essay contest awarded by the John F. Kennedy Library in Boston.

The Kennedys likewise were corrupted by the Jesuits and an errant hierarchy more concerned about climate change and immigration than salvation.

As the saying goes: Birds of a feather flock together.

But hey, good thing we have a reasonable hope all men are saved, Bp. Barron, right?

Because, in the end, why does it matter if you are in favor of killing children and having sex with the same sex — or if you actually do these activities?

We have that reasonable hope, so no one should get upset about any of this betrayal of the Faith, sodomy or child murder? It's all good, for Pete's sake. 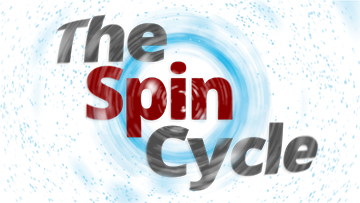