Fr. Rosica has a question to publicly answer.

Fr. Thomas Rosica — there is something desperately wrong with this priest. And it raises a number of questions. First on background, he threatened a lawsuit against a Catholic blogger, who questioned his dissent and then withdrew the threat when his superiors ordered him.

He misled reporters on an almost daily basis at the 2014 and 2015 Synods on the Family in Rome, injecting his own bias into the daily summaries on the private discussions of the bishops in the Synod Hall in the Vatican. On a very regular basis, he kept suggesting and implying that the bishops were being more accepting of homosexuality. The international secular media ran wild with the stories, which turned out to be flat out false.  We had discussions and dinners with bishops and others who were inside the hall and they each assured us that the topic barely came up if at all.

When he and I had a brief face to face in the press hall during the first synod, he told me that the Church no longer teaches that men and women who are having sex outside of marriage and die in that state go to Hell.

Within the past six months, Fr. Thomas Rosica was lecturing seminarians and responded to one of their questions about the purpose of ecumenism. And he responded, the purpose was to make Jews into better Jews and Muslims into better Muslims. Pressed further, he also said Catholics should not be seeing "potential converts in every non-Catholic." He openly laughed at the idea of trying to bring non-Catholics to the faith.

Why are we revisiting the issue of Fr. Rosica's theological failings? Because his hero — his term — former Fr. Gregory Baum, a Canadian priest, has now come out as an active homosexual who admits in his latest book that he kept his homosexuality a secret all these decades so he could be a part of changing the Church, teaching both at Vatican II and the time after the council.

And attack Church teaching he did.  He was instrumental in advising the Canadian bishops could issue the infamous, notorious Winnipeg Statement, which rejected the 1968 dogmatic statement Humanae Vitae by Pope Paul VI, restating the Church's continuing condemnation of birth control. He traveled everywhere, wrote books, taught classes, preached to anyone who would listen, authored articles, granted interviews whipping up as much support as he could to get Catholics — laity and clergy — to reject the Church's teaching in the areas of sexual morality. His dissent was infamous.  He eventually left the priesthood and was excommunicated for marrying a an ex-nun.

That much the world knew. His dissent. His marriage. His resulting excommunication. What he did manage to keep secret was his ongoing homosexual relationship with another priest, Fr. Normand, who he writes about in his book. His civil wife — ex-nun Shirley Flynn — knew all about the homosexual relationship and approved of it. All of this he admits freely in his autobiography, The Oil Has Not Yet Run Dry. During his time — prior — to the admission of his on-going homosexual relationship while civilly married to a former nun who gave her full consent to it, Baum was already an arch-heretic. Again for review, he rejected Church teaching on: contraception, homosexuality, devotion to Our Lady, Church authority and the nature of the Catholic priesthood.

And yet still, given that entire history, Fr. Thomas Rosica, papal spokesman and dissenter himself, brought Gregory Baum onto his little TV show in Canada, on his single-donor supported, little-viewed "network" called Salt & Light — a.k.a. Pepper & Darkness — and praised the excommunicate, arch-heretic up one side and down the other. The fawning got to be embarrassing.

So – now here is a question.  The same way Catholics want to know if Fr. James Martin self-identifies as homosexual, Catholics want to know if Fr. Thomas Rosica, a priest of the Basilian order, is now going to retract his fawning praise of Gregory Baum. Will he answer another question of whether he knew about Baum's active homosexuality? What did he know and when did he know it?

Prior to the self-disclosure by Baum of his active homosexuality, Baum was already an excommunicated arch-heretic. It was astonishing that Rosica would even have such a man on his show to praise him the way he did. And again, all that was prior to this latest disclosure. So Fr. Rosica you have a question to publicly answer as well. Will you now or will you not publicly renounce your past praising and support of Gregory Baum, knowing what has now to come to light.You should have never done what you did by having him on your TV show to begin with. Thankfully almost no one ever watches it. But given what has now come out, do you publicly — clearly — denounce and retract your support for a man who lived an active homosexual lifestyle for decades while being married to a former nun who approved of it.

If you won't, why not? That will open up the question that if you do not publicly distance yourself from such a twisted individual, then you must support him in his homosexuality.

And that will quickly lead to the same question Fr. James Martin is required to answer publicly in justice: do you self-identify as homosexual? Imagine the embarrassment for the Vatican to have to field questions about the fact that one of the Pope's spokesman supports active homosexuality among men who are ordained and have abandoned their priesthoods to do so.

So how about it Fr. Rosica? Do you now retract your former and still continuing praise of this actively homosexual arch-heretic? Yes or no? And there are large numbers of Catholics who are not going to let this rest.

We don't get to vote, but we do get to help drain the swamp. 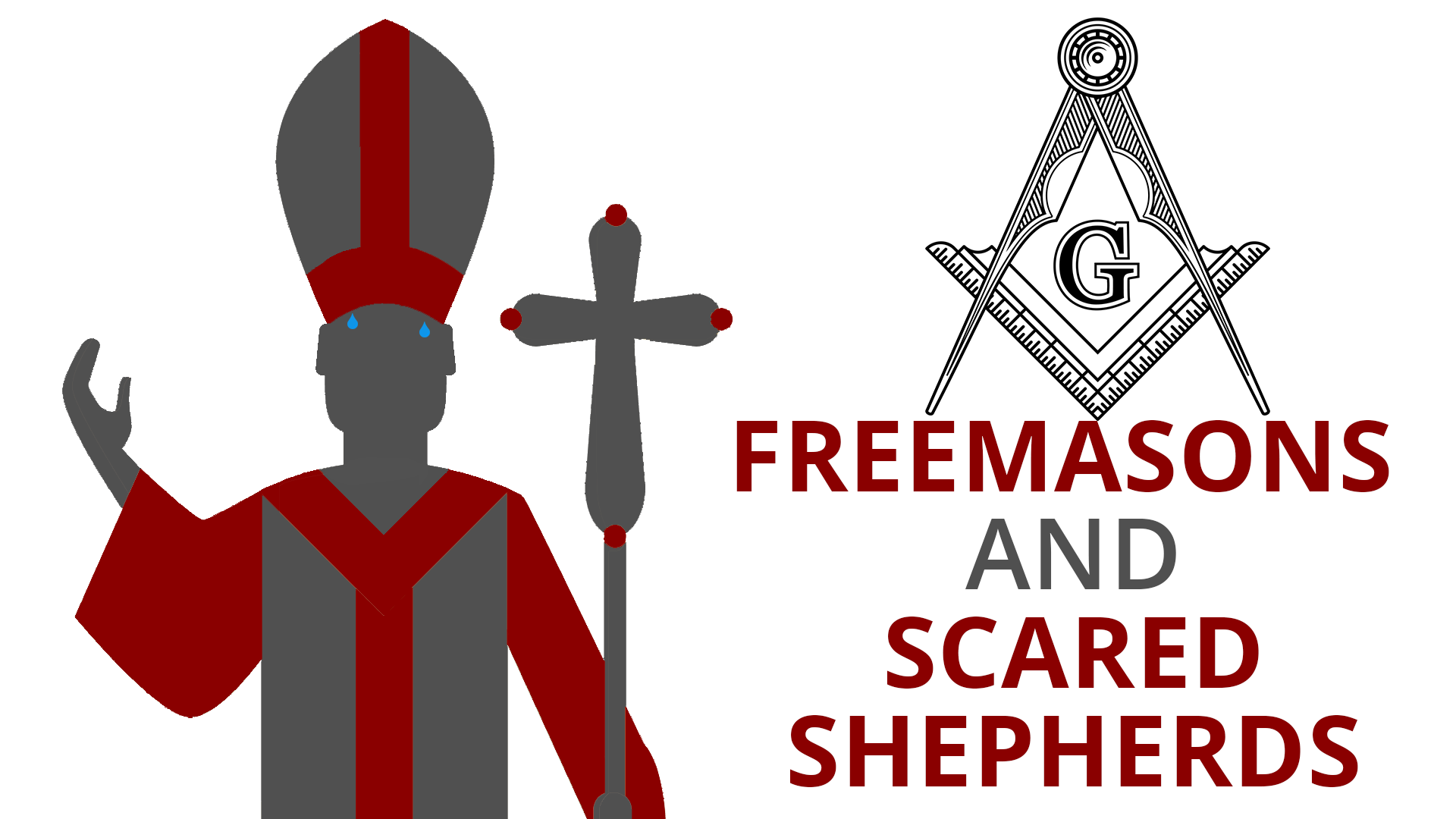 Freemasons and Scared Shepherds
What's responsible for the staggering loss of faith? Two sides of the same coin.