And he is allowed to continue lying by other liars.

Father James Martin is lying to the Catholic world. Not only is he lying about Church teaching and supported in his lies by various powerful Churchmen, he is also lying about the whole gay scene. He lies in presenting it as just "different" from the normal life of heterosexuality and marriage and so forth. He goes to great pains to try and make the whole gay life seem so natural and normal, and in this he is lying through his teeth. And on top of this, he betrays every single Catholic who struggles with same-sex attraction and tries to live according to the teaching of Christ in His Church. He also advances the rotten lie that someone who struggles with this Cross has no hope that it will ever end — that they were born that way, and they just have to embrace it and live a holy gay life. What a filthy liar! And the filthiness of his lies is increased greatly by the fact that he is a priest.

There are so many lies — lies that are destructive to so many young people — that this man must be stopped. No — no one is born gay. There isn't the slightest bit of scientific evidence to suggest that.  There is, in fact, a dearth of evidence. After scouring through every chromosome of the human genome for almost a decade, scientists found no gay gene. And the reason they didn't find it is because it doesn't exist. It is a disgusting lie by Martin and his clerical supporters that some little babies in the womb are actually gay. But they have to advance that argument despite its complete lack of any support at all because it gives Martin the launching pad to fire off more lying missiles — that being gay is some kind of gift from God.

We heard this language mirrored in the Extraordinary Synod on the Family in Rome in 2014 when Abp. Bruno Forte, around whom various gay rumors have circled, introduced in the midterm relatio that "homosexuals have certain gifts and qualities" that would be helpful to the Church. That was a lie, and when Church Militant confronted him directly in the Vatican press hall, he backed down immediately and laughed it off, apparently aware he had been exposed in his propaganda.

Martin has picked up the baton and promulgates this filthy lie. The gay scene is not just like the straight world — just with different objects of attraction. It is populated by juvenile men with daddy complexes who are seriously wounded, psychologically and spiritually, and are encouraged by the environment to work out their pain through illicit, sinful sex. And work it out they do. Promiscuity in that world is astounding.

The psychological illnesses present in that world, manifested by drug and alcohol addictions, not to mention sex addictions, far outstrip such illnesses in the so-called straight world. And sexual prowling and satisfaction is the focus of the gay scene. While Martin and his cronies try to paint the picture and make the claim that so-called LGBT Catholics should not be identified by their sexual appetites, the very acronym L-G-B-T is about nothing other than the sexual appetites. After all, what else defines "gay" other than a desire, frequently acted on, to have sexual encounters with members of the same sex?

It's a self-identifying marker. When the rainbow flag is flown, what else does it mean other than I have a sexual attraction to members of my own sex? Draping this reality in pretended other issues like civil rights and so forth cannot cover over the baseline reality that, at its core, the whole gay identity is wrapped up in same-sex encounters — period.

Martin lies about this, trying to paint the gay world as something other than this reality when it is in reality all about sex — sexual desires, sexual appetites and sexual release. The Church doesn't have and has never had a problem with a person who is chaste in the face of their sexual temptations. Quite the contrary — such people are held up as models of virtue for carrying their Crosses.

If you are a Catholic struggling to live a faithful life in the face of such temptations do not listen to the lies of this spiritually destructive priest who lies about the Church, the gay life and the underlying pain of the gay lifestyle. Martin will never stand toe-to-toe on stage with someone who will call out his lies. He knows his lies would be completely exposed under the withering light of the Truth.

Since an overwhelming number of shepherds will not come to your defense — despicable sins of omission that they will pay dearly for in the next life — then the laity must. These men have conspired and allowed a takeover of the priesthood by psychologically disturbed men with same-sex attraction, who oftentimes act on it and wish to change whatever they need to in the Church to get the Church to "bless" their illness.

They do not care about you. They care about themselves. Martin is the front man, but he is not the only liar. He is able to stand on stage after stage because so many other liars occupy the office of bishop. They lie by both commission and omission.

In either case, they lie. They are lying liars whose father is the devil — the father of lies. Do not listen to them. Challenge them. Oppose them, as they work out their own psychological problems on the backs of troubled souls trying to be faithful. 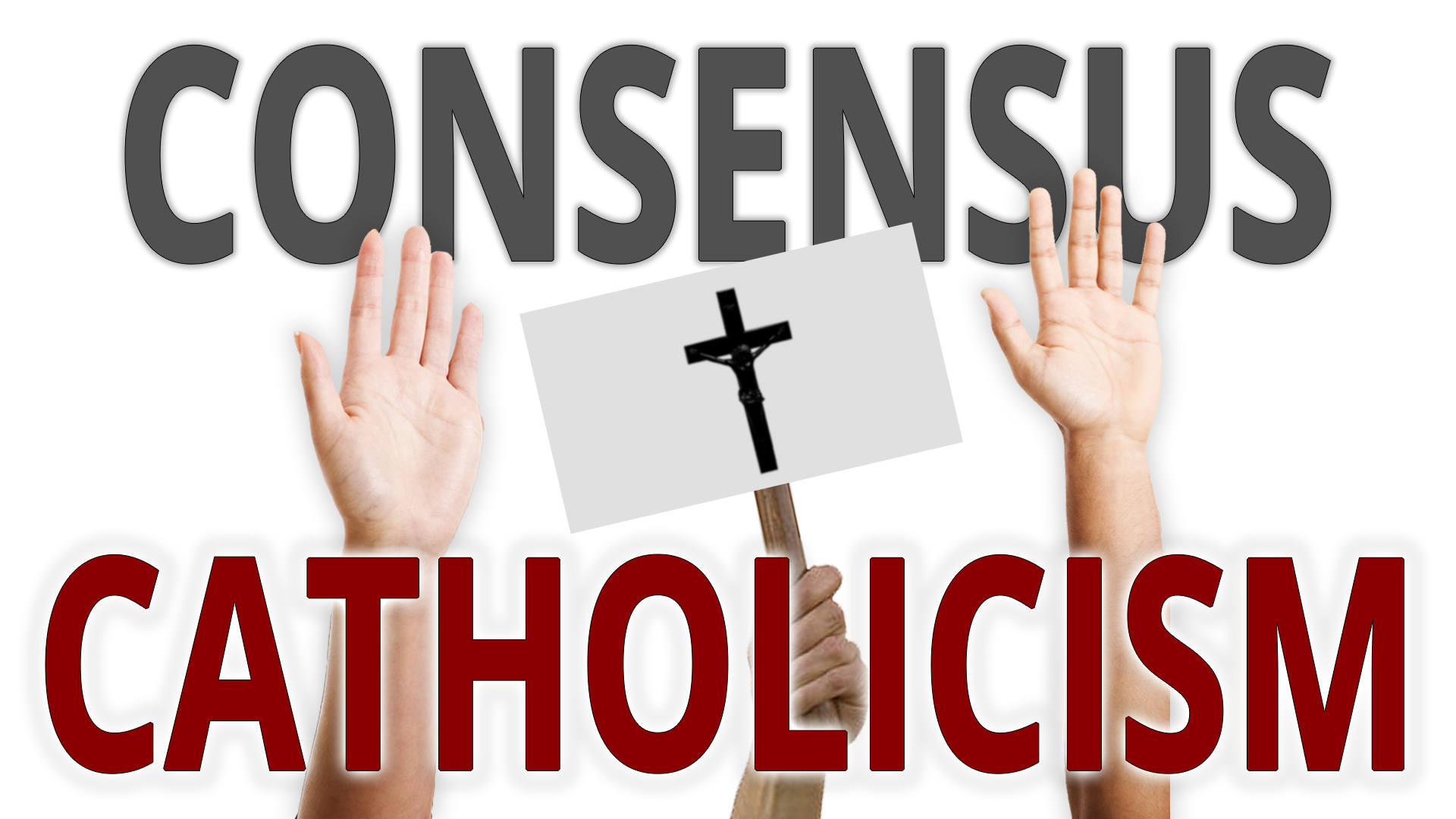 Consensus Catholicism
The type of Catholicism that is essentially pointless.